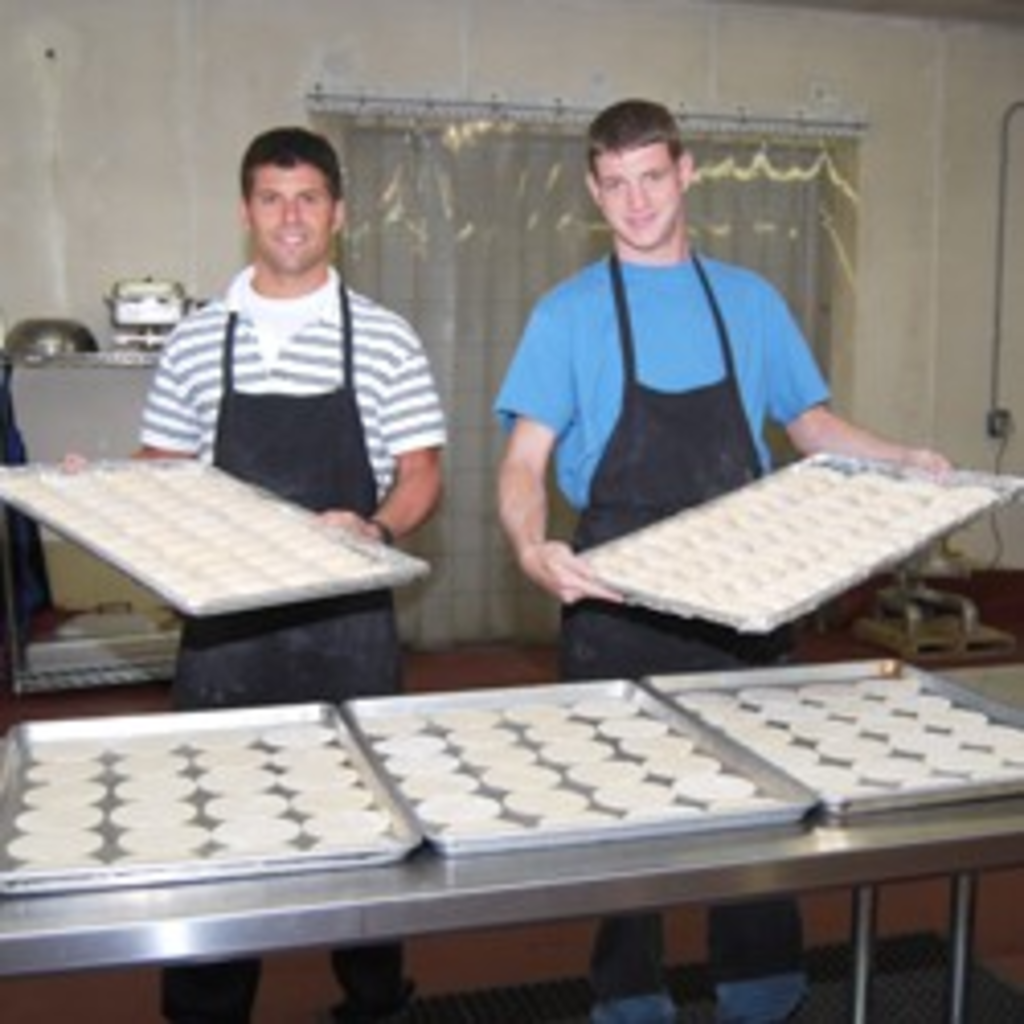 ​Kansas City is once again ready to be at the forefront of the culinary universe. Construction is underway on the city’s first pierogi cafe. That’s right — a pierogi cafe with dessert and sauteed versions of the traditional Polish dumplings typically filled with potatoes and cheese.

Pieroguys — a pierogi baking service that began in Lawrence in 2007 — is set to open its first brick-and-mortar store (in the vacant spot between City Market Coffee House and Habashi House) on March 1.

“It’s a totally new concept, something I want to perfect in the City Market. It’ll be a place where you can pop up your laptop and have a plate of pierogis,” says co-founder Frank Gazella, who launched the company with fellow KU student Andrew Misak.

Although he’s considering the possibility of franchising the concept, right now Gazella is focusing on growing the business, which just landed a contract to supply the dining halls at the University of Kansas — where Pieroguys got its start.

Gazella, originally from Carbondale, Pennsylvania, had transferred to KU and was amazed to learn that pierogies were relatively unknown in Lawrence. An informal conversation in the dorm became an advertisement in the Lawrence Journal-World, with Gazella designing the recipes that are still used today.

“When we made our first sale, I had a really good feeling about Pieroguys. It hasn’t stopped since,” says Gazella.

They moved their operation to Kansas City in April 2009.

“I want to bring something interesting and good to the area. I love the Midwest and I know Kansas City is where I wanted to start this,” says Gazella.