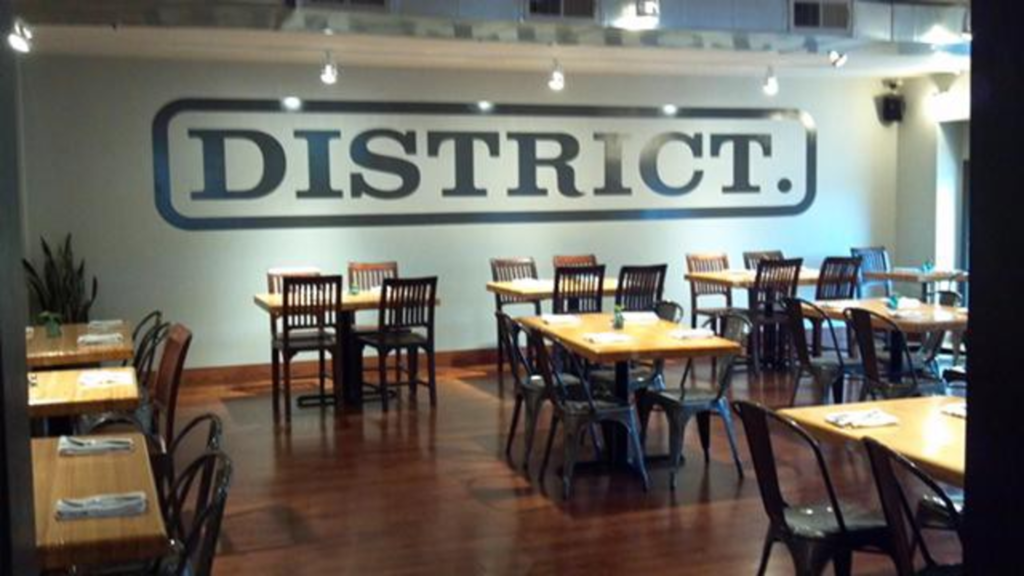 A perk of living in one place for a long time is the civic knowledge that builds up by watching establishments turn over. To be able to rattle off a list of a commercial building’s previous tenants is, for a sad man like myself, one of life’s small joys. I especially like to butt into conversations and say things like, “Yeah, back in the early ’90s, when Bier Station was a Circle K…”

Waldo is full of places that used to be other places. District Pour House + Kitchen, which opened last year at 7122 Wornall, replaced the Gaf, an Irish pub, which operated in the space for eight years, starting back in 2005. Before that, it was for many decades home to Romanelli Grill, a restaurant known for its catfish, ancient clientele, and cancerous levels of secondhand smoke.

I’m too young by about 40 years to have ever hung out at Romanelli Grill, but I did some time at the Gaf. It was a little pricey for a man of my…earnings…but I appreciated that it was usually open late on weeknights and that it was reliably dark, as any authentic Irish pub should be. District is going for a brighter, livelier atmosphere, which is probably wise. It was packed last Friday night when I stopped by for a drink with my folks, who live nearby. I recommend the Smoke n’ Clove — bourbon, honey, brown sugar syrup, muddled orange, square ice cube. On to the restrooms. 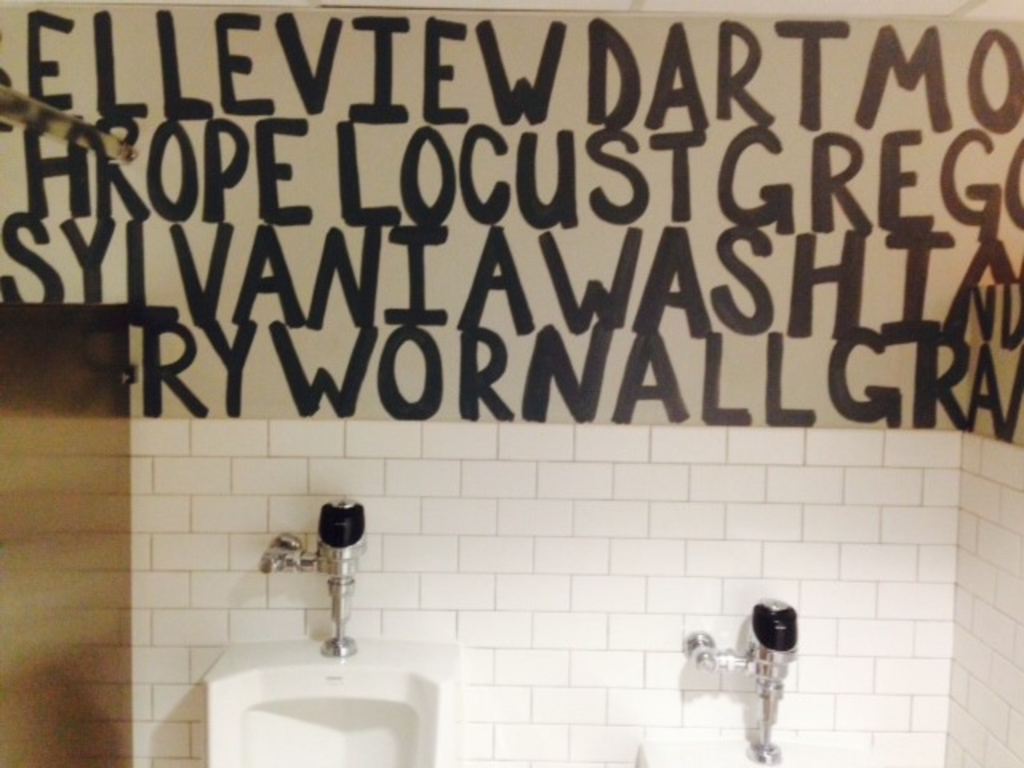 I am all for any decorative idea that makes a restroom less dreary. So I applaud the word-association painting done to the walls of District’s restroom — a bunch of neighborhood street names like Wornall, Pennsylvania, Belleview, Summit, Edgevale. 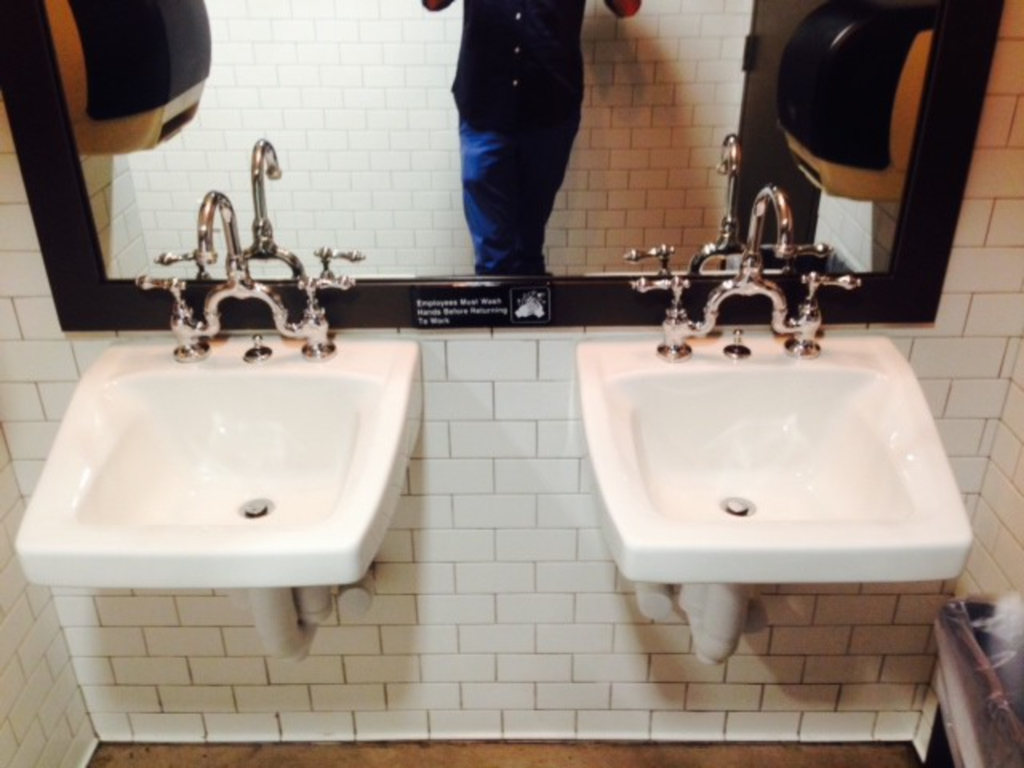 Nice sink fixtures and wall tiling, too. Let it be said: District offers a very fresh, clean space in which to relieve oneself. But that pleasantness alone is not enough to warrant a Pee Party column. As I was washing my hands, though, I heard a little click, and the door to the restroom popped open at an automated rate of speed, and a man walked in. 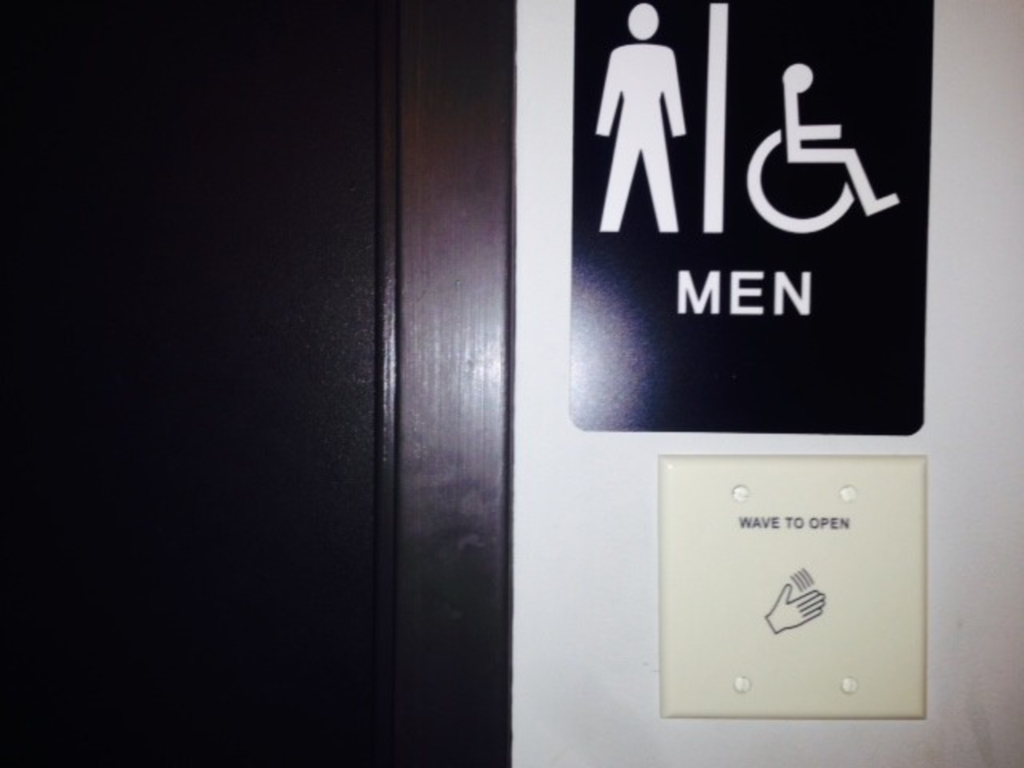 I hadn’t noticed on my way in, but District’s restrooms have little sensors that allow you to open the door without touching the handle. This is huge news for germaphobes. It’s pretty big news even for someone like me, who just generally prefers not to touch anything on my way into or out of a restroom. Depending on my mood, I will sometimes keep the paper towel I’ve dried my hand off with and use it as a sort of makeshift glove to open the restroom door on my way out. Then I prop the door open with my foot and throw out the paper towel — all to avoid interaction with the poop and pee germs that surely reside on the door handle. At District, such maneuverings are a thing of the past.

So, then: For being on the technological vanguard, for its sensitivity to customers suffering from mysophobia, and for its general excellence in cleanliness, I hereby award three flushes — the highest marks in the Pee Party rating system — to District Pour House + Kitchen. This has been Pee Party. See you next time.