Pauwels brings the beer and a few surprises 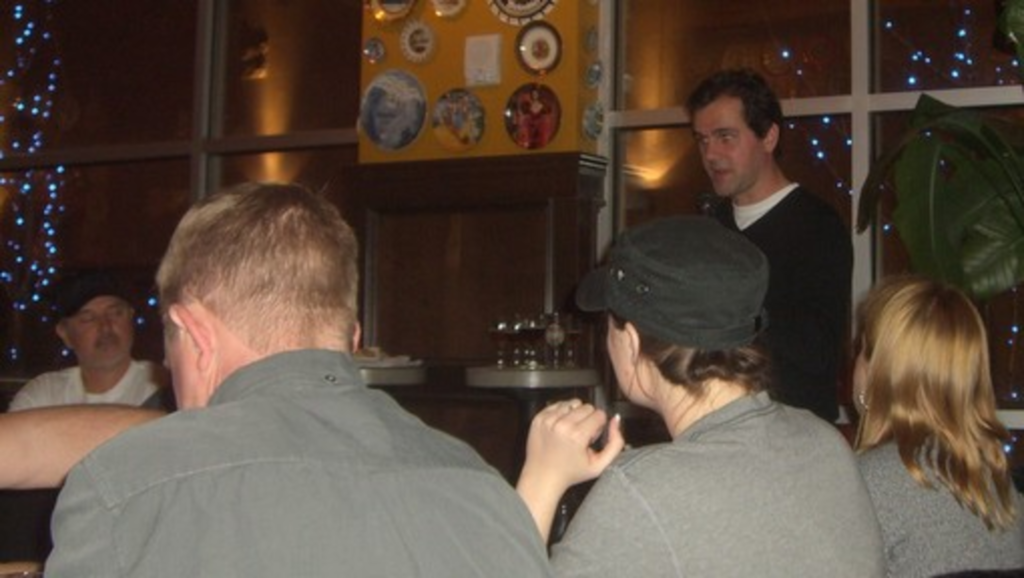 Last night I was fortunate enough to attend Flying Saucer’s tasting of Boulevard’s Smokestack Series beer. It was presented by Boulevard’s brewmaster Steven Pauwels, who not only talked for 90 minutes straight but also kept the crowd of 40-plus enthralled. Tough to do when they’re slowly getting drunk.

Pauwels, who came to Kansas City from Belgium for the Boulevard job, began by remembering that when he first arrived for the job interview nine years ago, he didn’t know anything about the city: “I was expecting to see tumbleweeds.” At that interview with Boulevard founder John McDonald, he said, the idea for the Smokestack Series was there. “We talked about Belgium beers, and John kept saying how he wanted to do that here.”

It took seven years to release the Long Strange Trippel, but judging from people’s reactions, it was worth it. Flying Saucer manager Matt Gardner said the Boulevard beer tasting sold out “much quicker” than previous ones for Bell’s or Avery, and the crowd was atwitter about the “mystery” beer Pauwels was serving.

They didn’t have to wait long.