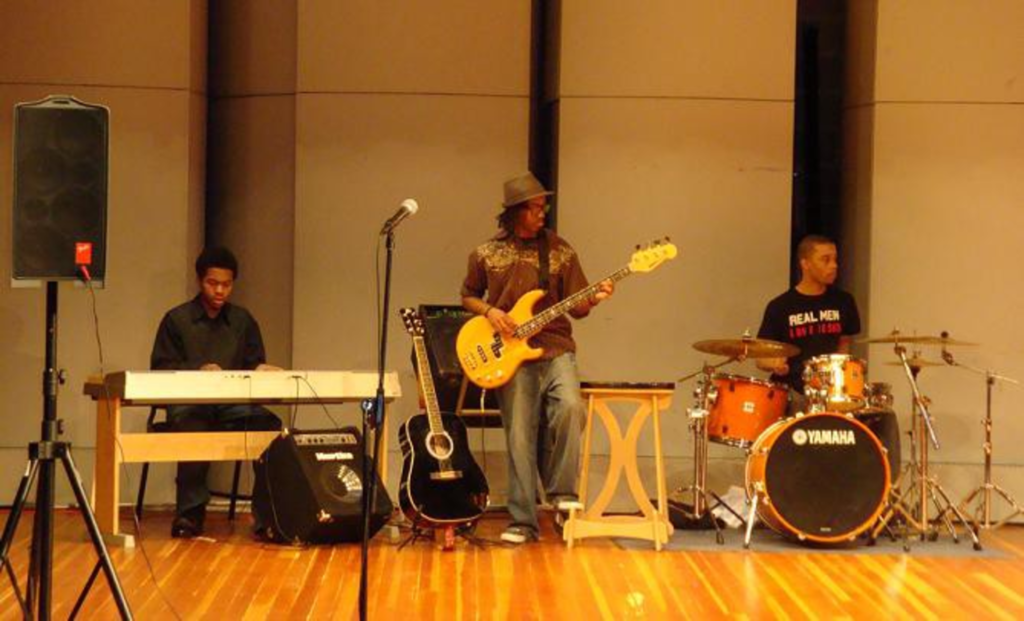 This past Friday night, students from the Paseo Academy of Fine and Performing Arts put on a show that the whole town should have seen. That would have laid to rest criticisms that the Kansas City, Missouri, School District is beyond hope. In fact, the night made me impatient to see these kids get out into the world and start making their voices heard beyond a high school auditorium — even if it was filled to capacity.

Anchoring the night was a house band with Leonard Tann on keyboards, Reginald Simmons on drums and Broderick Joyce on pretty much whatever he wanted to play (bass, guitar, most impressively drums — you don’t often see guitar players sitting in on drums, and at one point Joyce stood up and to let Simmons take back his rightful seat, in the middle of a song, one player taking over for the other without anyone missing a beat).

front of the stage and played a gorgeous, Stevie Wonder-complex ballad

listen to a song by a kid. Let me sing my song for you.”

That was the prevailing sentiment — everyone had something to say over a two-hour night of a couple dozen music, spoken-word and rap performances put on by the students in Mr. Odam’s creative writing classes.

Some of it was deep. Kids called out absentee fathers, scolded George W. Bush and eviscerated centuries-old slave catchers. They shared their prayers. Sometimes, they just bragged, like Cortez Williams and Troy Ron Vann did in “I’m So Fly”: 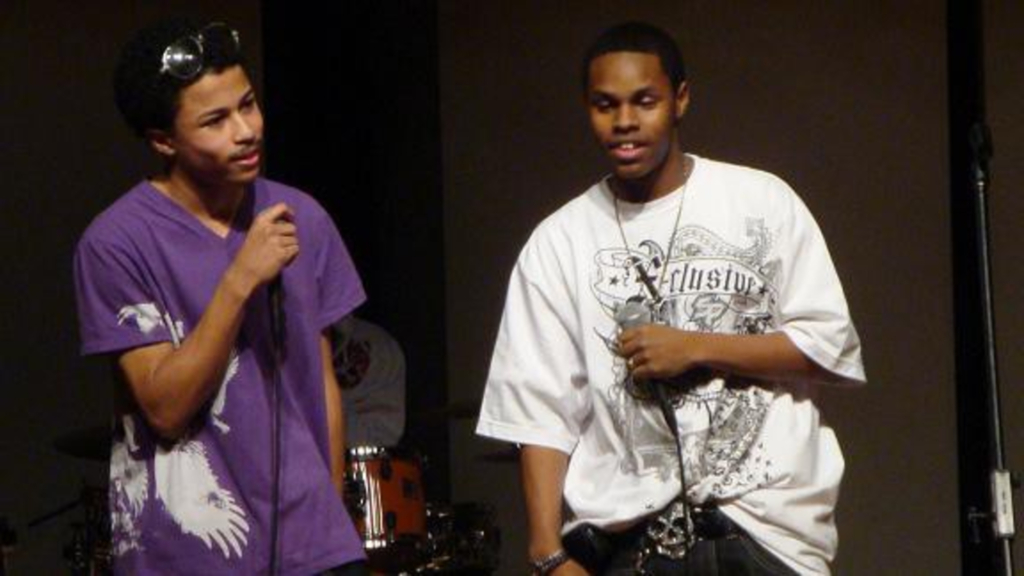 Like all of us, they lamented the economy — MauRece Green and Mercedes Lee’s “Damn, I Wish I Had a Job” said it all. Green and Lee were all over the stage throughout the night, guest-starring in other students’ performances and providing the evening’s surprise: Green’s down-on-one-knee marriage proposal to Lee, pictured below — no, that’s not the expression she had in response to Green popping the question; it’s what she looked like reading her own “Writer’s Intentions”: 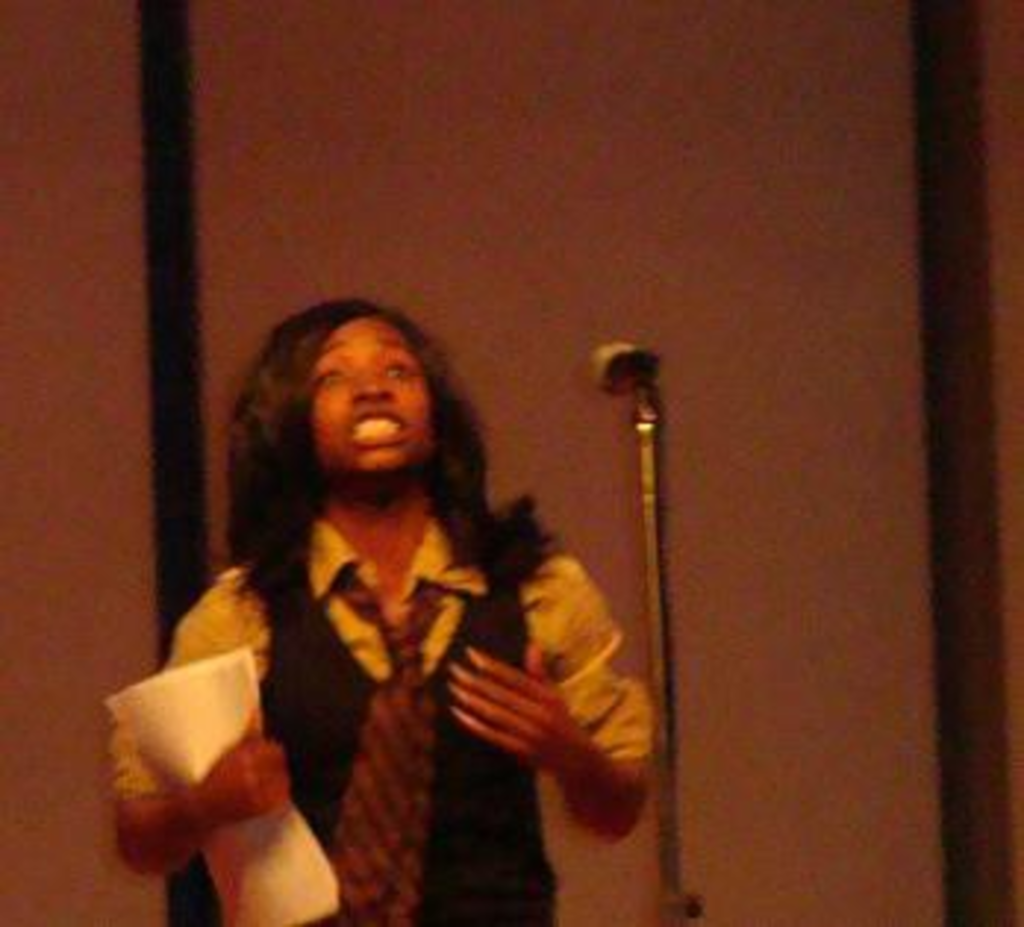 In his turns at the microphone, Zendrix Berndt broke down the word “Broken,” removing that nefarious n-word, soldiering through “broke” to get to the all-important community implied in “bro” and the existential imperative of “b,” as in “to be,” before promising himself he’d never again be broken. 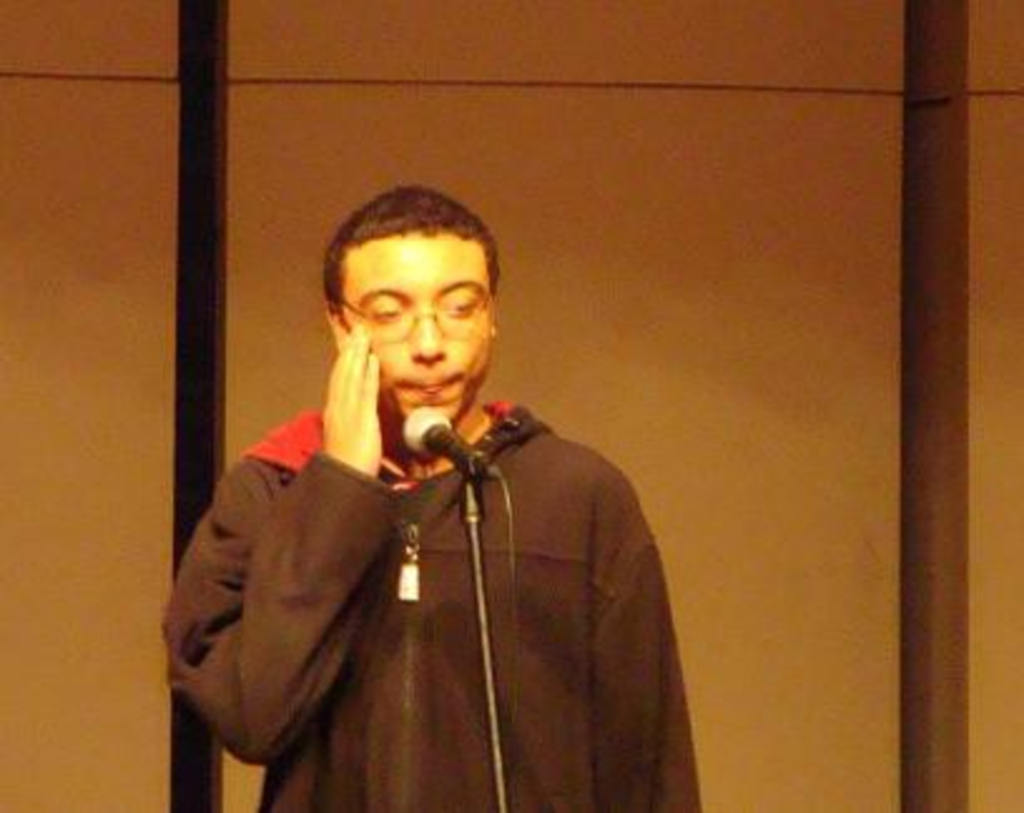 Standing out among standouts, though, were Taylor Brown, who proclaimed that “hip-hop isn’t dead — but it’s in the wrong hands” and delivered a dissertation on pop culture that, if all was really right in the world, would earn her a PhD somewhere. She followed that with her own particular insights on the “KCMSD,” which I hope the school board has already heard. 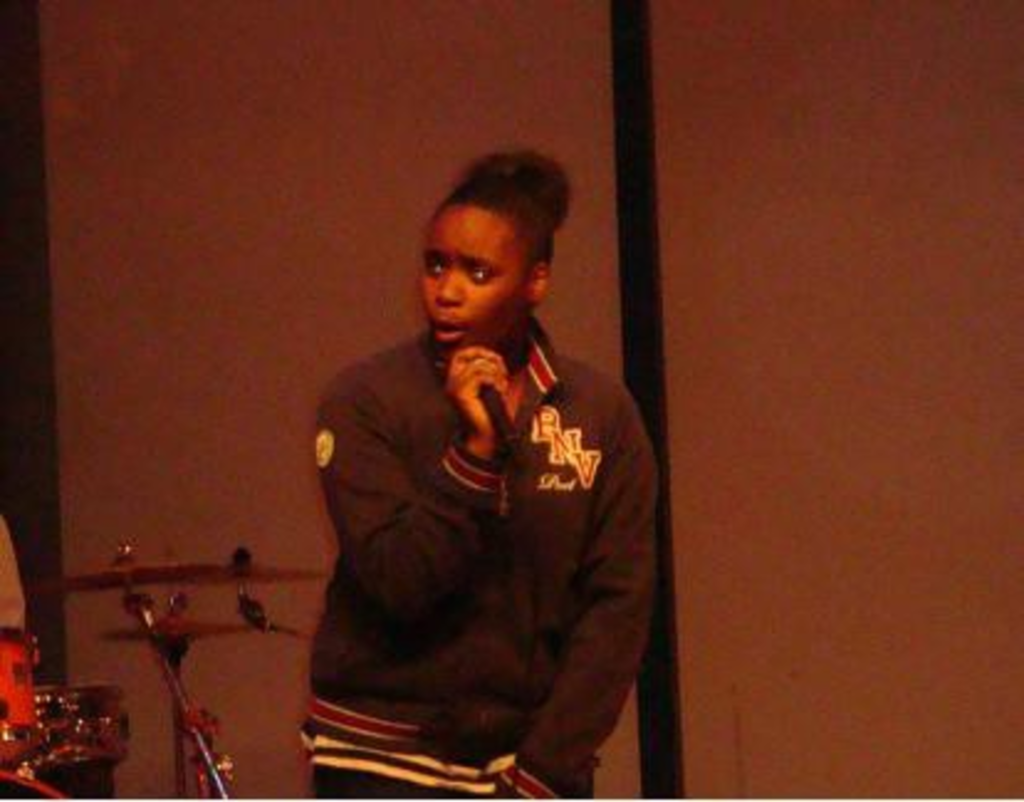 Then there was Robert Brown. And all I can do with Robert Brown is beg him to videotape “Circus of Deception,” post it on YouTube and send me the link. I’ll post it below, and you’ll see what I’m talking about.

Meanwhile, I’ll leave you with this from Essence Mitchem: