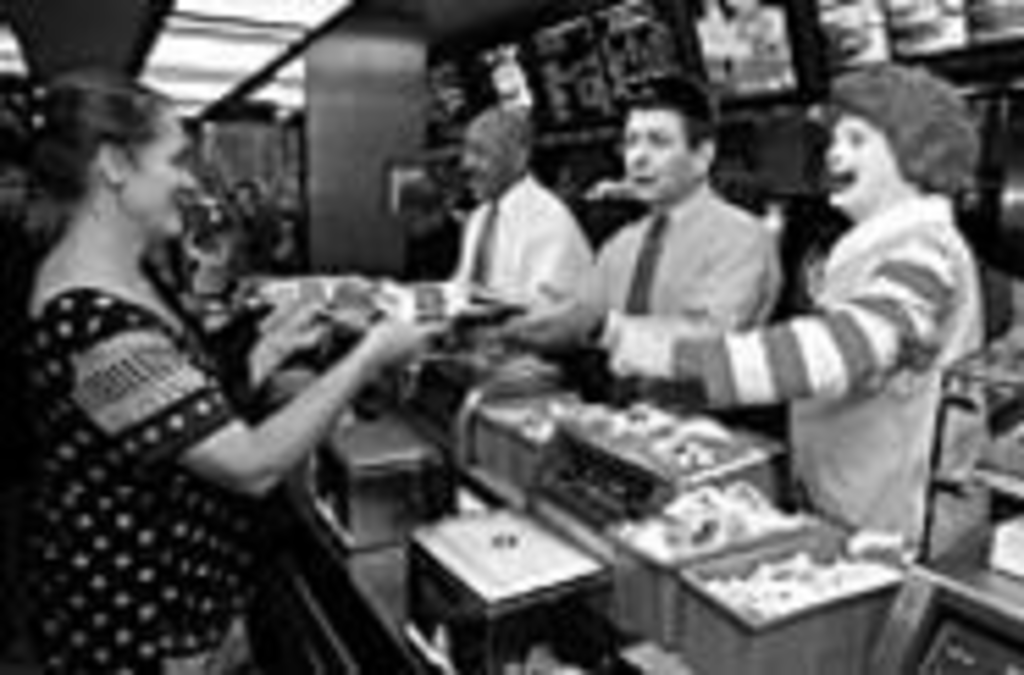 Pitch writers fanned out over the metro area after the polls closed on Election Day, ready to cover the big story in case Missouri deadlocked and turned into the next Republic of (Hanging) Chad. But it didn’t happen. By 10 p.m., Missouri had gone for Bush, Bistate II was dead, Cleaver was hanging on to his thinning lead, Kobach was toast and Kerry supporters were starting to pee their pants.

So we turned our attention to what really mattered: the catty things Kansas Citians were saying about one another. What follows are some completely random comments overheard at an election party packed with about 200 midtown party people of both political persuasions.

· Yes, she was kind of funny when she drank, but as a sober person she’s just a bitch.

· I thought my cat had arthritis, but now I think it’s just sciatica.

· George Bush wins, I’m getting loaded and fucking the ugliest girl in this room.

· Yeah, I voted for Claire McCaskill, but I didn’t want to, because I think she’s a fucking bitch.

· I wanted to vote for Cleaver, but he’s such a self-righteous asshole.

· Matt Blunt is going to win because he’s better looking than Claire and has less emotional baggage.

· Yes, I voted for Jeanne Patterson. I respect any woman who fucked her way to the top.

Elective Surgery
D.C. gets the gallbladder, and we get the gall.
John Ashcroft’s long ride on the Washington, D.C., gravy train is reportedly coming to an end, and soon he’ll find out what looking for work in Missouri under the George Dubya economy is all about. We thought we’d help out the 62-year-old evangelical crooner with a few job-hunting suggestions:

· “I Dodged the Draft — You Can, Too!” course instructor

· Terrorism prosecutor (strike that — no qualifications)

Hey, kids, Jimmy the Fetus here, your guide to moral values in the Midwest. Boy, has the mail been coming in since last week’s election. Apparently, the rest of the country is catching on to what we’ve known here in the heartland for a long time — that the stuff we learned in Sunday school really does matter. Gosh, let’s get right to the mail bag.

My girlfriend says we should wait to sleep together until we’re married. But I’m thinking, hey, we’re only 18, and I don’t really know if I want to marry her. Besides, I’m real sure I want to bust a nut on her. What should I do?

I may be only seven weeks old, Henry, but I wasn’t born yesterday. Nobody’s going to get a wedding ring out of this uterine polyp without a test drive, know what I mean? Hank, this girl needs to get real. Have you tried playing the new Usher CD with a couple of candles lit around your dorm room? Setting the right mood is essential if you’re going to melt down the Ice Queen, know what I mean? And a couple of condoms in a little bowl next to the wine glasses says, “Hey, baby, I’m ready and responsible if things get groovy.” Show her you were raised right, brother.

Remember what the Bible tells us, Henry: “You shall not boil a kid in its mother’s milk.” Words to live by, for sure. — Jimmy the Fetus