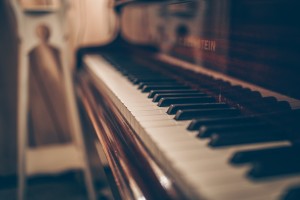 Park International Center for Music, which was featured as a part of The Pitch Best of KC 2019, is hosting a free piano concert devoted to piano lovers. Six students will be performing in the virtual concert which will be broadcast from the 1900 building on March 24 at 7 p.m.

“It is extremely important for students to have performance opportunities,” says Stanislav Loudenitch, Park ICM Artistic Director. “Any musician needs to have the practical training of performing.”

Shmukler started his musical education in Moscow at the age of five and currently studies at the International Center for Music at Park University in Parkville, MO. He has won many awards and has played in countries around the world including Bulgaria, Italy, Spain, Lithuania, and more.

Qin started playing piano at the age of five and studied at the Central Conservatory of Music Middle School in Beijing, China. He attended the Barstow School and Young Artists Music Academy in Kansas City. He is a student at the International Center for Music at Park University and has received several awards in piano competitions.

In 2019, Hirama placed fifth at the Sendai International Music Competition in Sendai, Japan. Hirama, who is from Osaka, Japan, completed his bachelor’s degree in 2020 at Park University and is currently studying to obtain a master’s degree, continuing his music studies with Loudenitch.