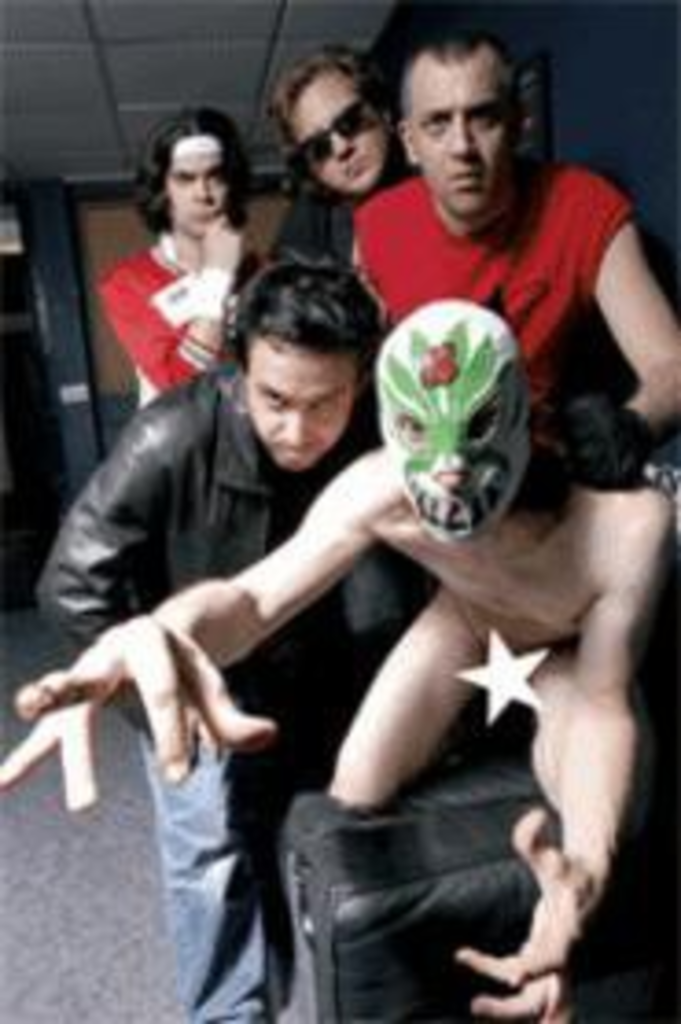 The Dwarves bring their signature brand of outrageously vulgar hardcore punk rock to KC this week. The group’s Web site brags that its 1990 album, Blood, Guts and Pussy — featuring naked women and a midget drenched in animal blood on the cover and tales of STDs, prostitution and statutory rape inside — was named by Spin magazine as the “most offensive album of all time.” If you ask us, that’s a pretty tall order. Check out some of our picks for a few of the most offensive moments in recent music history. Be warned — this one’s not for the youngsters.

A great resource for curiosity seekers and anti-censorship advocates, the Web site TabooTunes.com details the story behind the infamous album cover for the Beatles‘ 1966 album Yesterday and Today. After feeling like their work was being poorly represented (“butchered,” that is) in the United States by the meddlesome folks at Capitol Records, John, Paul, George and Ringo posed for the cover shot littered with dismembered toy baby corpses and hacked-up meat. Somehow, they were able to slip the album artwork by the ol’ goalie at the label, with close to 1,000 copies reaching shelves before being pulled. Now it’s one of the most valuable LPs on the market.

It’s astounding how the virtually incomprehensible lyrics of “Louie, Louie” continue to inspire free-speech battles decades after the song was popularized by the Kingsmen. As recently as May of this year, the marching band at McCord Middle School in Benton Harbor, Michigan, was prevented from playing an instrumental version of the song, presumably because of the longstanding rumor that, when played at 33 1/3, the 45 says outlandishly foul things such as At night at 10, I lay her again/Fuck you, girl, oh, all the way and She’s got a rag on, I’ll move above/It won’t be long, she’ll slip it off. It’s not exactly 2 Live Crew, but just the rumors were offensive enough to ban “Louie” from radio play in Indiana and inspire the FBI to build a file on the song.

Most Offensive Act to be Featured in Teen People

What do you get when a pair of blond-haired, blue-eyed Mary Kate and Ashley look-alikes are raised by a cattle rancher who brands his cows with swastikas? Cute as hell, hate-spewing neo-Nazis called Prussian Blue. Lynx and Lamb Gaede perform their heartwarming brand of white-power pop wearing T-shirts with smiley-faced Hitler icons, inspiring praise from lovable characters such as former KKK Grand Wizard David Duke. Their lyrics include fare such as Aryan man awake/How much more will you take?/Turn that fear to hate, and their Web site features links to inspirational literature such as Dissecting the Holocaust, a revisionist fairy tale. The New York Post recently reported that the girls are slated for an upcoming issue of Teen People. Now that’s just sick.