Papa John’s in the Crossroads? Stretch weighs in 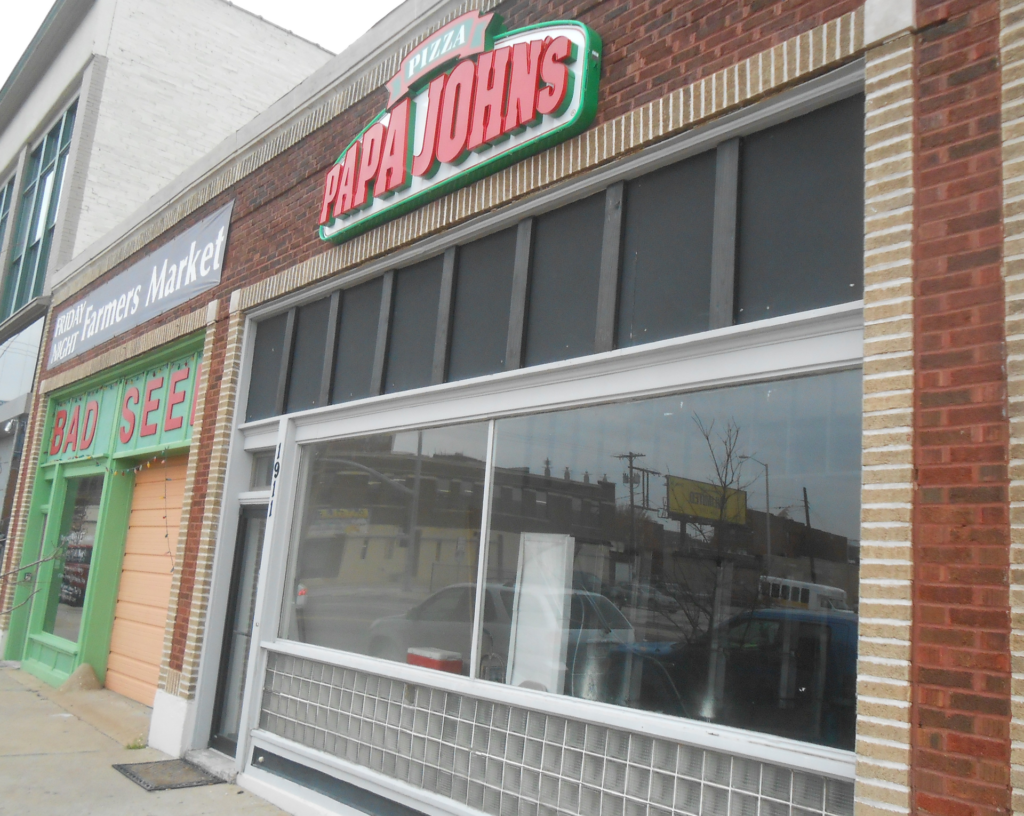 UPDATE: It’s not breaking news that a Papa John’s Pizza, an outpost of the Kentucky-based pizza chain, is opening a spot in the East Crossroads next month. The location, at 1911 McGee, will be primarily for takeout pizza and delivery (there will not be an eat-in dining component), but the addition of a national fast-food chain to the arts district didn’t sit well with everyone in the neighborhood.

Artist and culinary entrepreneur Jeff Rumaner, better known as the larger-than-life character Stretch, was one of those people. Stretch owns two popular dining venues in the Crossroads: Grinders Pizza, at 417 East 18th Street, and Grinders West, at 415 East 18th Street. He says he was less concerned about possible competition for his eight-year-old Grinders Pizza than the thought of the Crossroads becoming a magnet for fast-food franchises.

“I certainly don’t see Papa John’s as competition,” Stretch says. “At Grinders, we create a dining experience. We’re a destination for diners from all over the city. No one says, ‘Let’s get in the car and go to Papa John’s.’ They’re going to be delivering pizzas. I guess that’s great for people in the hotels.”

Stretch does find it ironic that Papa John’s will be moving into the same building where Brooke Salvaggio’s BadSeed Farmers Market – she owns the building (Note: (Salvaggio, in fact, doesn’t own the building; she corrects my error and speaks to the Papa John’s controversy in this post) – sells organic produce and regionally grown fruits and vegetables.

“I find that kind of hypocritical,” Stretch says. “It’s like putting a Starbucks next to YJ’s Snack Bar. Hey, I’m not a fan of Papa John’s, but then again, I’ve never tried it.”

Crossroads real-estate maven Suzie Aron, who brokered the deal between the building’s owner and Papa John’s, said it was a long process and a difficult one. “We didn’t want a fast-food restaurant next to the organic market, but the space at 1911 McGee has an unusual layout, and it’s small. It wouldn’t work for everyone,” Aron says. “But our feeling was that pizza is not an unhealthy food. You can, depending on the ingredients you order, create a very healthy pizza. And there was always the thought that Papa John’s could purchase some of their ingredients from the market. We gave a lot of thought to the kind of tenant that would work best.

“There’s a lot happening in this neighborhood right now,” Aron adds. “Butch Rigby is putting a new Screenland cinema down the street at 17th and McGee. It’s turning into a great block.”

Stretch is a little more reserved. “There’s a place for everything, even a Papa John’s. We’ll see if people really want it.”