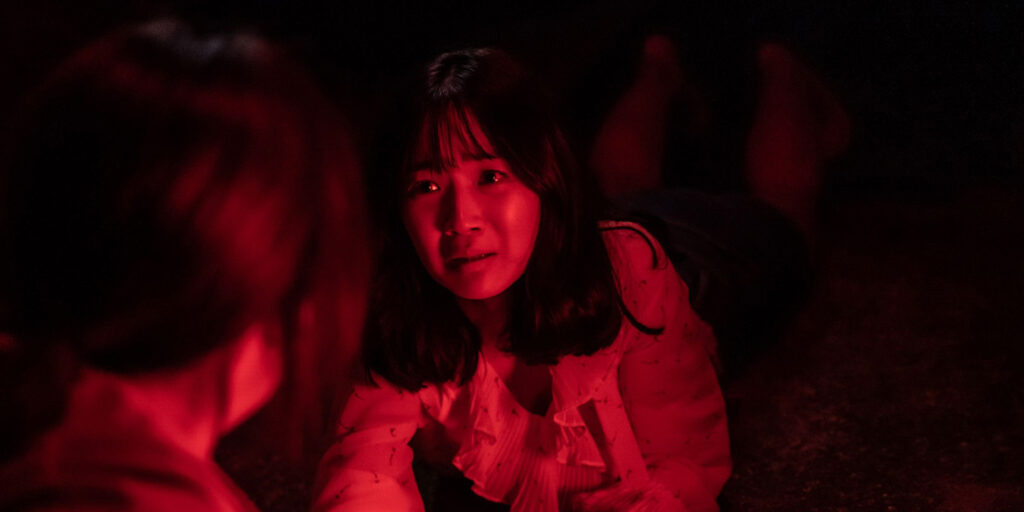 People spend a lot of time running in Midnight—the feature debut from writer/director Kwon Oh-Seung. I mean a lot. The film Run, Lola, Run had less running than this movie.

Keeping all those high-speed foot chases thrilling is a difficult trick, but Kwon pulls it off with aplomb. Rather than trying to constantly ratchet the tension higher and higher, Midnight practices a sort of push and pull, allowing tension to build and then dissipate, keeping you on the edge of your seat without having to constantly one-up itself with bigger and bigger set pieces.

This is good, because Midnight is ultimately an intimate movie, one centered on essentially a five-person ensemble. Of those, the two main figures are Jin Ki-joo as a young Deaf woman who witnesses the crimes of a cold-blooded serial killer played by Squid Game’s Wi Ha-joon.

Both actors do a lot to hold the center of the film, supported by the rest of the capable small cast. Wi Ha-joon oozes icy menace while also being delightfully fallible. Despite his considerable ability to run forever, he’s not some kind of superhuman, and he takes plenty of lumps before all is said and done.

The real star, though, is Jin, who plays Deaf so well that I had to look up afterward to see whether she really was. (She’s not.)

While her character makes a perfect hinge for the film’s action, what really sets her performance—and Midnight as a whole—apart is how it addresses her deafness. Other thrillers might use it as a gimmick, and there are certainly well-executed gimmick moments here, but Midnight is at its best when it centers on how members of the Deaf community are treated by society around them.

From the moment we are introduced to Jin’s character, who works as a sign-language interpreter at a call center, we see she is sharp and capable, able to communicate as easily and clearly as anyone.

Yet, throughout the film, she and her mother, who is also Deaf, are constantly misunderstood and patronized by the hearing people who make up the majority of society. When the film isn’t engaged in foot chases, it’s often showcasing how the authorities react to the killer, taking his side simply because he can talk over Jin’s attempts to communicate, which they frequently ignore.

In one of Midnight’s most chilling moments, Jin’s character is remanded to the killer’s custody because he claims to be her brother, and no one pays any attention to what she is trying to tell them instead. It’s a scathing critique of the way Deaf people are often treated as mentally deficient or in need of “help,” regarded as “incomplete” by the hearing majority around them.

Though Midnight has a surprisingly low body count, this tension, combined with Wi’s Jekyll and Hyde performance, helps to keep the film chilling, even when the screws are otherwise loosened.

To Midnight’s great credit, it also never becomes simply another story of victimization. While the hearing people around her may dismiss her, Jin’s character holds onto her agency—even up to the film’s bloody final confrontation. 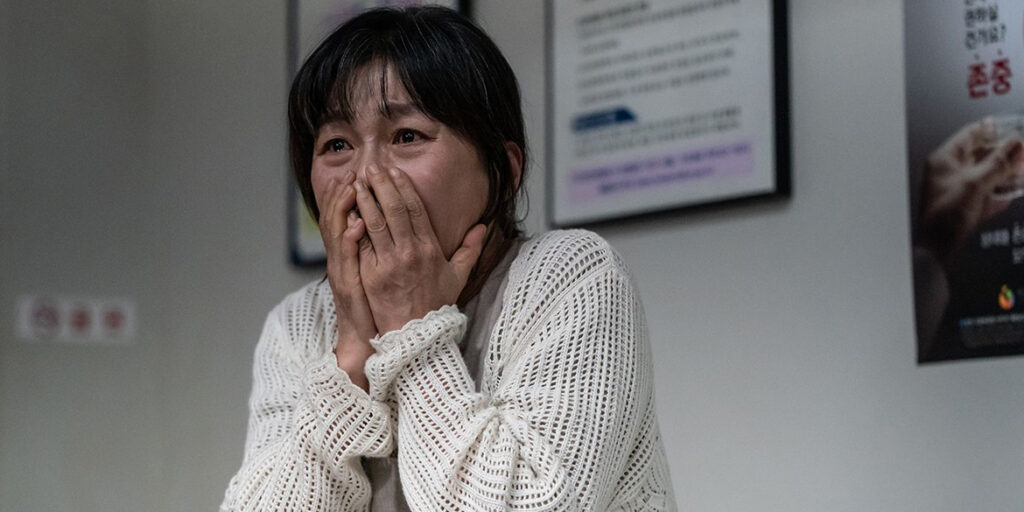