The experimental film presents an immersive take on found footage. 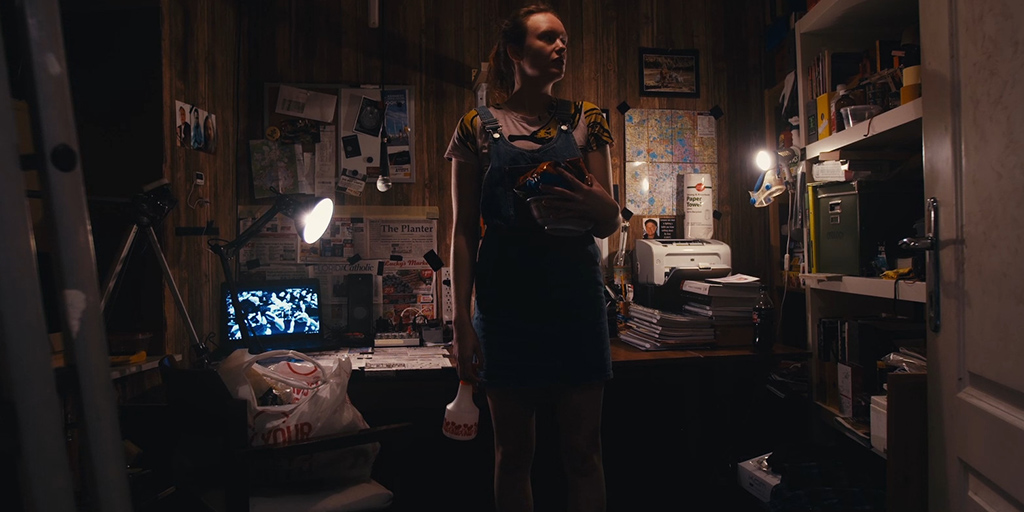 Found Footage appears to be having a moment. Recent film festivals, including Panic Fest, have featured several movies that play in the genre—like Malibu Horror Story, The Outwaters and Dashcam—to varying degrees of success.

None of them though, however, feature the in-your-face approach that makes Johannes Grenzfurthner’s Masking Threshold such a singularly uncomfortable.

In a makeshift home laboratory, an IT specialist conducts experiments to cure his “tinnitus,” beginning with a series of small tests that quickly take a dark turn. That’s the simplest way to describe Masking Threshold. A film that at sometimes feels like a chamber play, a TED talk, a Reddit thread come to life, and a journal charting the protagonist’s descent into madness. That kind of rambling could turn most viewers away instantly, but Grenzfurthner’s ambition pays off in spades, making an impact that’s both on a visceral and psychological.

The Protagonist, as he’s named in the credits (played in voice-over by Ethan Haslam and physically by Grenzfurthner), seems logical enough in the early stages. He’s a curious mind, skeptical of modern medical diagnosis. Of course, he’s more than happy to spend hours on Web M.D. to devise his own cure for tinnitus, charting how different clothes, objects, sound frequencies, and human interaction alter or dull the sounds he hears.

Not far into the narrative, the mask starts to slip. The Protagonist begins to ignore calls. He soundproofs his lab, cutting off all contact with the entire world. Algae start growing in the bathtub alongside the carcasses of several small animals. The voiceover also starts to change, as the Protagonist starts wondering whether his tinnitus is just that, or the cosmos speaking in some ancient unknown language.

Masking Threshold feels rudimentary, but its craft makes it fascinating. Rather than a shaky-cam or a third party documenting the experiments, the Protagonist has a couple of small cameras recording everything in close-up. Occasionally stock footage of organisms or oil spills or lectures is intercut with shots of the back of Grenzfurthner’s silhouette. Again, simple enough, but executed in a way to heighten a feeling of dread that’s successful on almost every level.

The movie’s visual elements from cinematographer Florian Hofer are praiseworthy, as is Lenja Gathmann’s equally important sound design. Masking Threshold begs to be experienced in a theater, or at home with a good pair of earphones.

From the opening moments, Masking Threshold presents itself as a fascinating film that’s also hard to recommend. The movie approaches the visceral punch of something like William Friedkin’s Bug, or the experimentalism of Davids Cronenberg and Lynch. However, Grenzfurthner never quite gets there—it’s debatable whether that’s even the point.

Much like the elements filling the frame, Masking Threshold is an experiment too. A film, unlike anything you’ve seen before and are not likely to see again.