The micro-budget horror movie sets the table for a dinner party you won't forget. 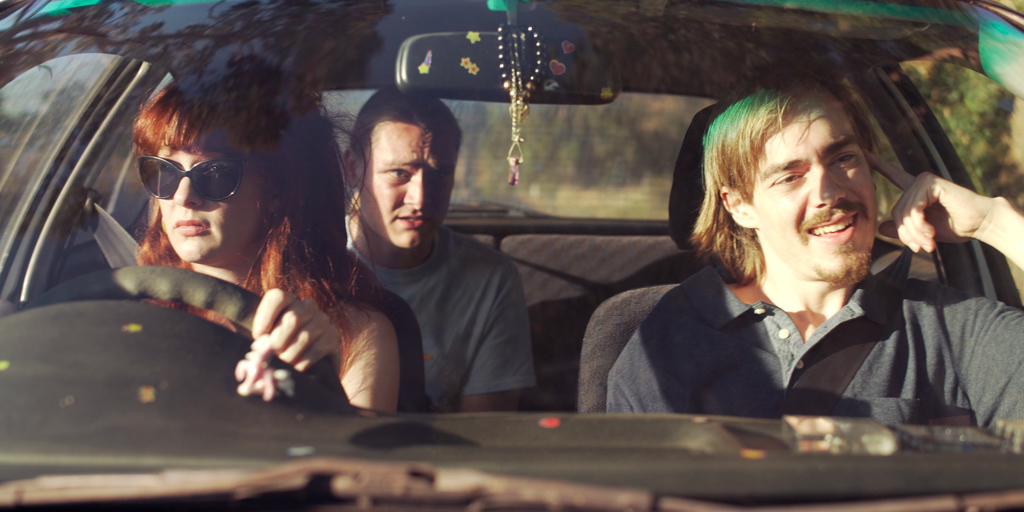 For some, the term “lo-fi” carries negative connotations. To others, it’s a clarion call to those who love experimental films. A lo-fi film is essentially a micro-budget feature with most bells or whistles stripped away. Perhaps because of the country’s storied history with low-budget genre cinema, Australia has proven to be a fertile proving ground for this subgenre, putting out a steady clip of lo-fi genre movies that take the festival circuit by storm. This includes Robert Woods’ deranged mashup An Ideal Host.

Liz (Nadia Collins) and Jackson (Evan Williams) are getting engaged. Scratch that, they’re practicing getting engaged, so that their dinner party with friends can go as smoothly as possible. Living on a farm in the middle of nowhere, the enthusiastic couple wants to make a night that no one forgets. When it turns out that Liz’s long-standing alcoholic frenemy Daisy (Naomi Brockwell) has invited herself, the whole world hangs in the balance. Not just as it concerns the small group gathering together, but also quite literally planet earth. It’s more than a perfectionist like Liz may be able to handle.

An Ideal Host has fun not only with wordplay but toying and subverting expectations at almost every turn. Helping matters is a game cast who give their characters strong identities. Besides the lovebirds and the aforementioned Daisy, the dinner party includes Brett (St John Cowcher) a farmer who lives nearby, Mara (Mary Sudi) an easily annoyed attention seeker, Kyle (Daniel Buckle) and Jon (Tristan McInnes) a new couple on an extended first date.

The low-budget nature of An Ideal Host is ultimately its saving grace, along with a fitfully dry sense of humor. Both allow for a series of big swings and goofy sudden “corrections” that hit as often as they miss. What initially starts as mumblecore comedy takes a detour into sci-fi before finding a home in horror. Each transition is sudden and sharp, without ever feeling forced, using limited resources creatively, to brilliant effect. Nowhere is this felt more than in the third act, which recalls shot-on-video horror flicks from the ’80s and ’90s. There’s a lot of DIY bloodletting that transpires, as well as a commitment to embracing a go-for-broke attitude.

It’s hard not to champion An Ideal Host. Woods is essentially a one-man wrecking crew, tackling directing, cinematography, editing, and practical effects, backed up by Tyler Jakob Jones’ tight script. Not everything is perfect though. Some extended outside sequences in the dark are barely comprehensible. A kill that’s shrouded in shadow is hard to see, though its impact is thankfully still felt. The movie’s gore-laden finale more than makes up for those errors.

At 84 breezy minutes, An Ideal Host is a jaunty and fun delight, the kind of surprise you don’t realize you need in your life until you’ve seen it. For those in search of small and quaint gems, you need to look no further than this.