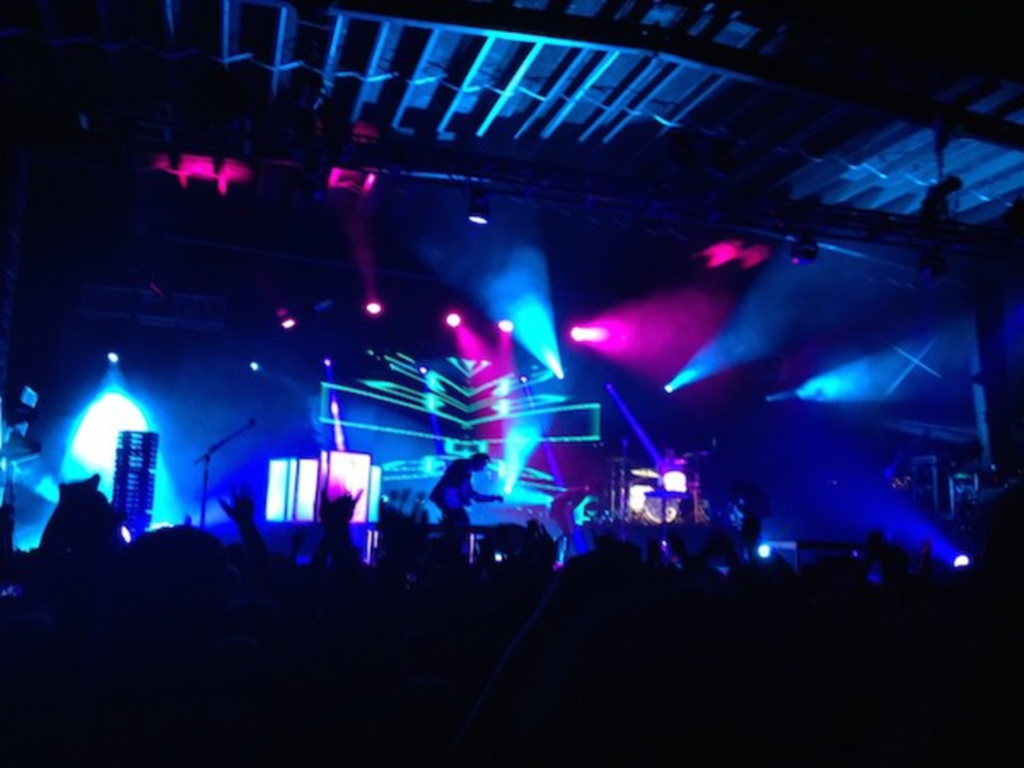 Panic at the Disco lives in the hearts of all millennials. It’s our first breakup music, our angsty middle school drama music, our first rebellion. The only question in my mind at the show last night at Crossroads KC was if this ten-year-old band was going to live up to my 13-year-old self’s expectations.

Dressed in a shimmery gold blazer and matching skinny pants, frontman Brendon Urie delivered a powerhouse vocal performance that showcased his incredible range. Finding solid ground in already difficult notes, he was able, time and time again, to stretch far into the octaval atmosphere for those elusive high F-notes. 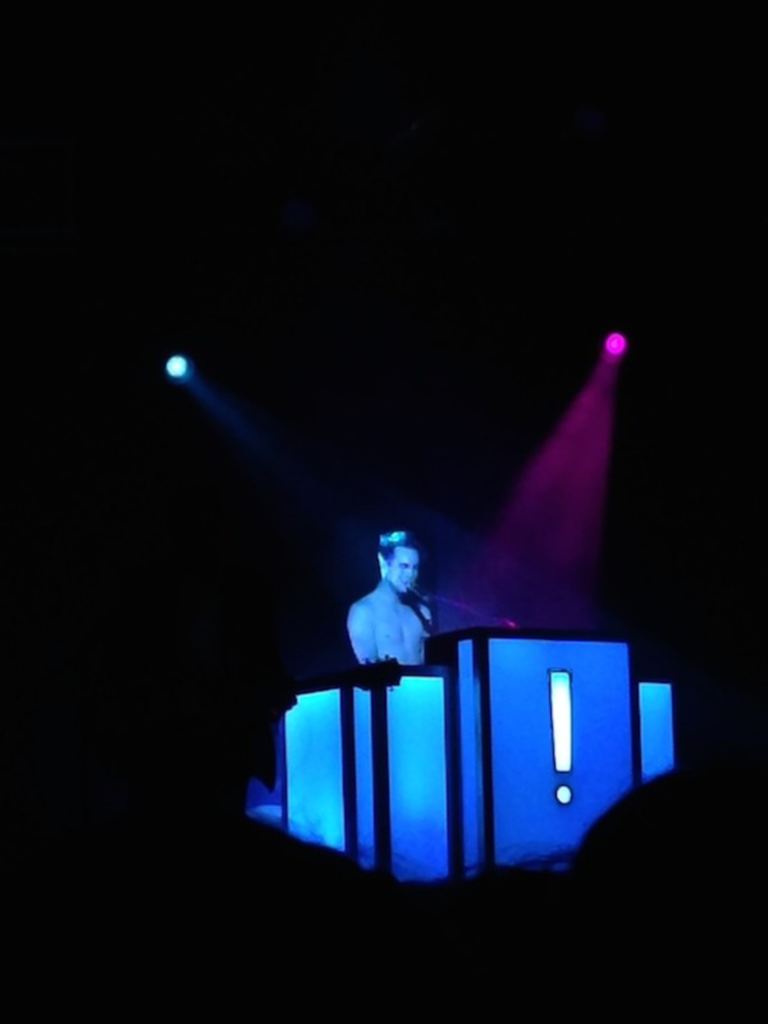 Urie also wasn’t afraid to rumble with Kansas’ very own Westboro Baptist Church. Due to his accepting and fluid sexual manifesto — Urie praised a “pussy for breakfast dicks for snacks” sign brought to the show mid-set — Westboro decided to picket the performance. Toting signs stating “Man’s Job: Obey God” and the customary “God Hates Fags,” WBC camped out on a street corner in the Crossroads before an impassioned fan tried running them off with her car. I always feel deeply embarrassing on behalf of the state of Kansas when I see the WBC group in the light of day, but Panic handled the bigoted situation with grace. They pledged via Twitter to donate $20 for every WBC picketer and donated 5 percent of merchandise sales to the Human Rights Campaign. 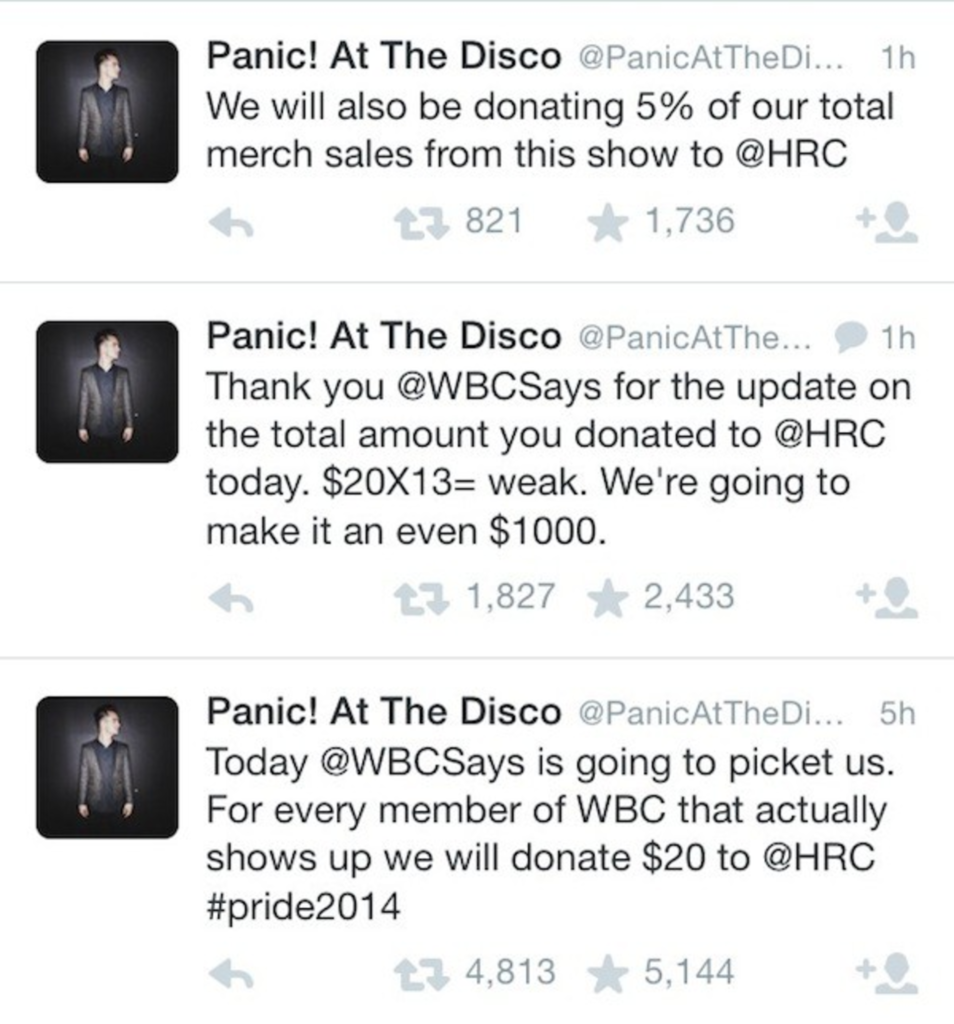 I wondered what the parents accompanying maybe half the concertgoers were thinking when Urie informed the crowd that the song “Miss Jackson” was about “a nasty whore.” Besides the fact that almost all hands in the air had X’s on them, there were more than a few parent-child groupings. Either those kids were dying of embarrassment or Panic at the Disco has finally gone cross-generational. 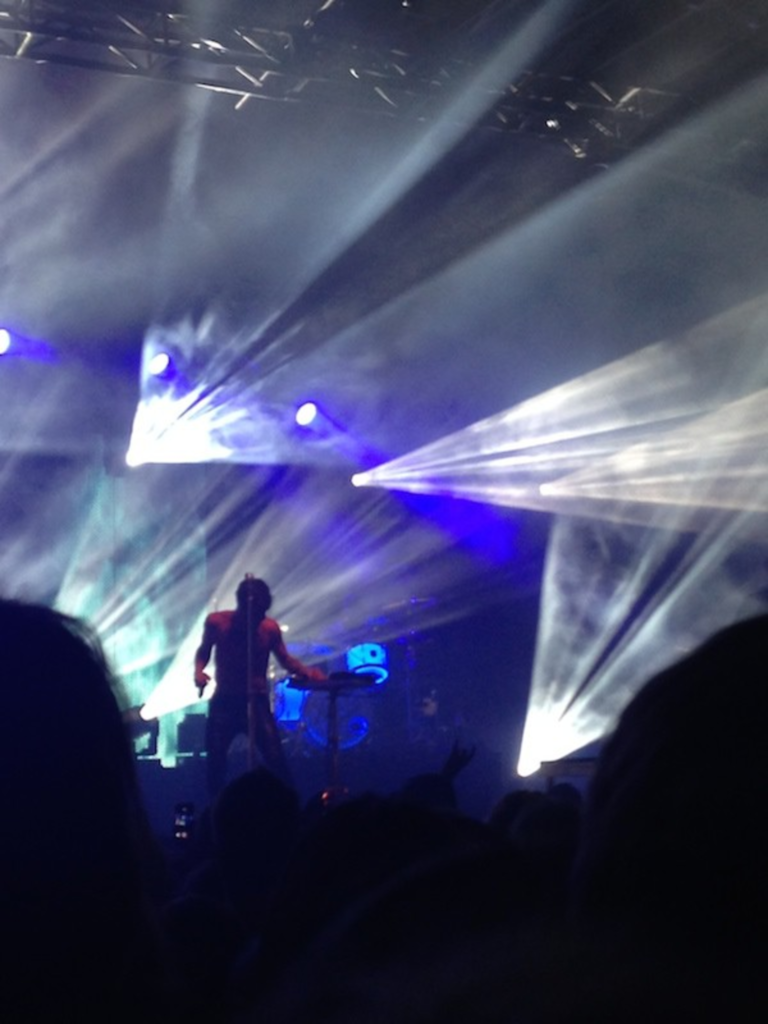 After playing a peppy set — which included a raucous cover of “Bohemian Rhapsody” in which Urie was able to match the original arrangement note for note — the band left the stage for a break before the encore. The entire crowd, which sang every word to every song with the band, knew the show wasn’t over because Panic had yet to play “I Write Sins Not Tragedies.” That emo-era pop-punk anthem was an incredible finish, and Urie was having so much fun performing it, he backflipped off a platform midphrase. With that acrobatic ending to an overall spectacular performance, Panic at the Disco exited the stage to the melodic sound of screaming fans.