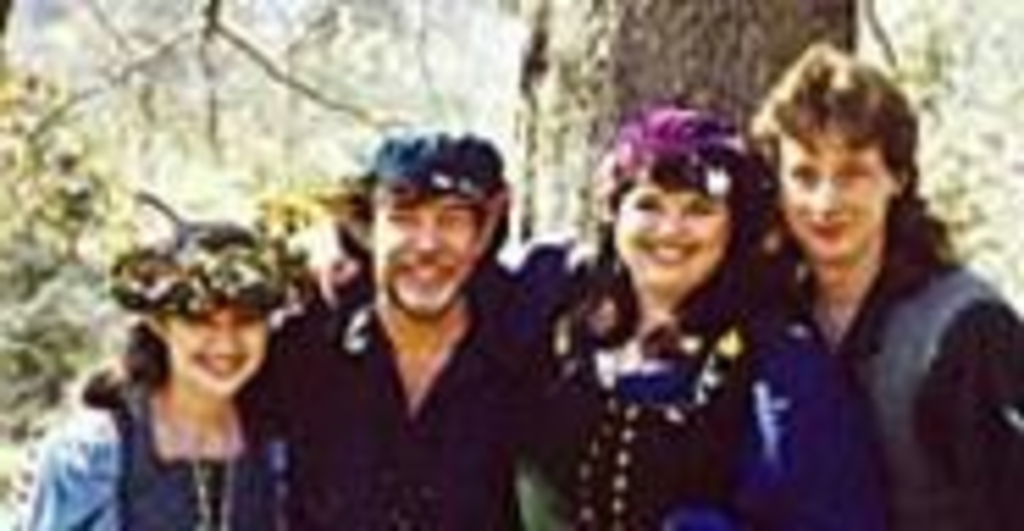 The Blair Witch Project. Practical Magic. Children of the Corn. Duane Marshall, a founder of the Kansas City Pagan chapter and coordinator for the third annual Pagan Pride Day, which takes place on Saturday, June 24, says such movies have encouraged erroneous American beliefs about pagan rituals, witches, and non-Christian beliefs.

“The one thing that we tend to forget is the hype with Hollywood. I get people who ask me if they can have a spell to change their hair color, and I’m like, ‘Sure, light a candle and go to Osco,'” laughs Marshall, taking it all in stride. But he points out that so many of the fallacies result from a selective sense of history.

Over time, the word “pagan” lost its literal translation — “religion of the indigenous people” — and became synonymous with “devil worshipper.” Often, paganism has been filed under “satanic” in organized religion’s card catalog, and Christianity under “manifest destiny.”

The fear of paganism, Marshall says, comes from a lack of understanding. “They (Christians) have been told forever, as displayed through Hollywood and history lessons, that we are evil people, that we are worshipping the devil. Well, the devil is not a pagan deity. It is a Christian one, but, you know, the gods of the old religion become the devils of the new. They have to make the god that these people (pagans) are worshipping look really bad.” For example, he says, one pagan god, the Lord of the Forest, has horns, which through Christian interpretation signify Satan.

Paganism is actually a peaceful, polytheistic religion based on nature, community, acceptance, peace, and openness. Marshall describes it like this: “Seeing God and describing God is like putting six blind people around an elephant and telling each one to describe their experience. Well, they’re all right from their own point of view. It’s the same way — there are many different paths. All gods are one god, so it’s how the spirit chooses to show itself it to you.

“The funny thing is that people tend to forget Christianity has pagan DNA; every religion plagiarizes everybody else. You take bits and pieces of different things and put them together.”

Whether the impetus was Y2K or something else, Marshall says, there has been a resurgence of people looking for some sort of spirituality but not wanting to be part of the standard organized religions. “Paganism certainly offers different things from other religions. In paganism you are taught you are responsible for your own actions. It’s like a rubber band — what you push out is going to come back, and it’ll come back stronger. So the thing is, are you going to go around trying to hurt other people or are you going to go around trying to spread these blessings and help other people? Because in the end you’re helping yourself.” Now, he says, does that sound satanic?

Overall, pagans aren’t trying to change anyone’s beliefs. They don’t go door to door with images of salvation or fire. “As pagans,” Marshall says, “we have a responsibility to heal some of the hurts that are out there. We’re here and just trying to get along with everybody and to do our part to bring a little bit of unity.”

Marshall also says that he doesn’t dislike Christianity. “A lot of people get really upset with the televangelists and the Swaggarts and the Bakkers, and for every person that’s out trying to run a sham, there are a hundred Christians that are really walking their talk, and that’s to be commended. As far as I can tell, the Christian religion, if you follow it at its roots, is a very beautiful thing.”

But Marshall does have one disclaimer: “The whole (passage from the Bible) — you know, ‘Suffer not a witch to live’ — we can do without that!”

Pagan Pride III, a benefit for Wayside Waifs, takes place Saturday, June 24, at Shelter #6, Lake Jacomo, from 10 a.m. to 6 p.m. Various workshops will address such topics as herbology and the history of Wicca, and a free concert by Elvendrum, a folk music act that plays “original fairy folk music.” For more information, call 816-741-8649.