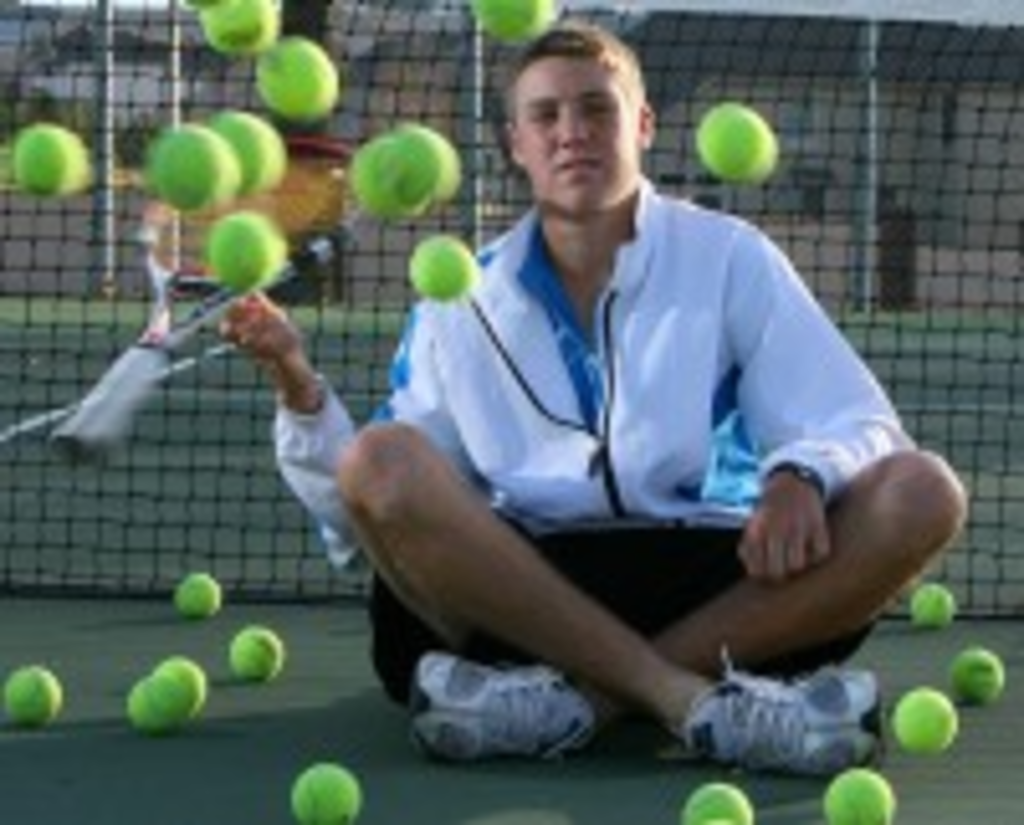 CAA Sports is one of the biggest agencies in the business, with a talent roster that includes the world’s top-ranked tennis player, Novak Djokovic, as well as past champions like Andre Agassi and Steffi Graf. Now, that roll call includes an 18-year-old kid named Jack Sock who has spent the last seven years training with a coach in Overland Park.

He’s also got a sponsorship with Adidas, and is in Las Vegas for a week at the Adidas Pro Training Camp. Everything’s coming up Sock! Can we make that a thing to say before he’s famous? Eh, it needs work, doesn’t it? We need to figure something out before lame sportswriters are using phrases like “Sock it to them!” and the poor kid is branded for the rest of his life.