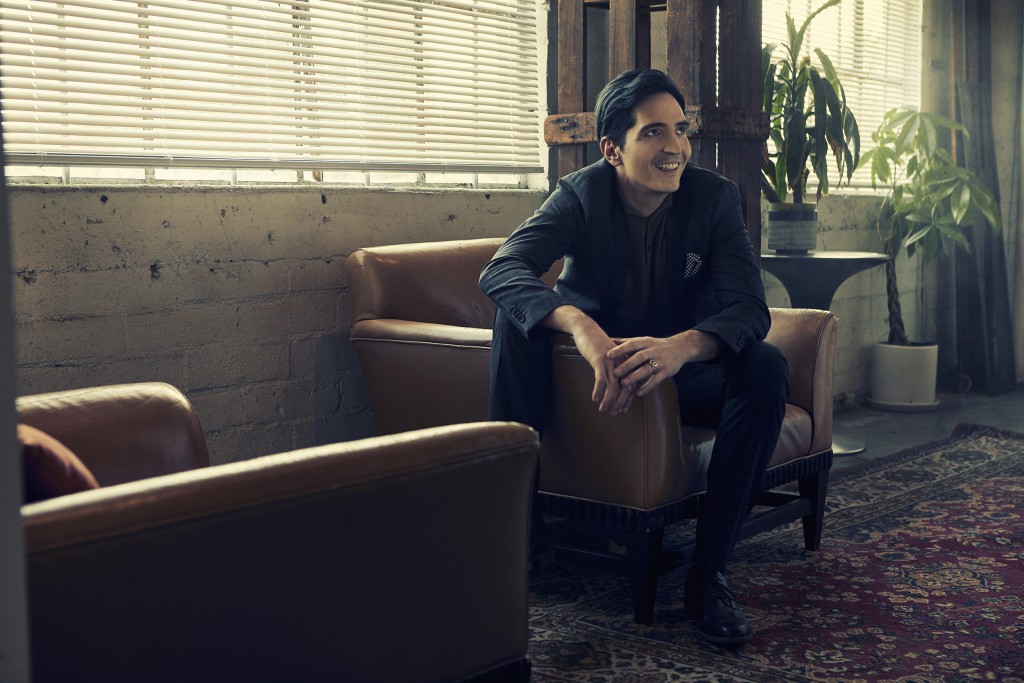 There’s no shortage of great creative talent with their roots in the Kansas City region. We’re the hometown of Gillian Flynn, Janelle Monae, Heidi Gardner, Don Cheadle, Robert Altman, Jason Sudeikis, Paul Rudd, Rob Riggle, and David Koechner. Like most Kansas Citians, I feel no shortage of pride for all these folks, and I’m beyond pleased that they’ve displayed their support and pride for our fair city in turn.

I was only aware of everyone else’s KC roots after they’d already become mega-successful. The Overland Park-raised Dastmalchian’s star, on the other hand, is still on the rise. In the last eight years, he’s gone from small but memorable turns in movies like Prisoners and Ant-Man to meatier roles in The Suicide Squad and the hotly-anticipated Dune, out this month. He’s not just the native son we’re proud of, he’s the native son we’re actively rooting for.

Dastmalchian is having an absolute monster of a year, too—in addition to his breakout roles in two of 2021’s biggest movies, his Dark Horse comic series Count Crowley: Reluctant Midnight Monster Hunter was picked up for another run. In January, he got to live out his lifelong dream of being a TV horror host during the Fangoria Chainsaw Awards broadcast. 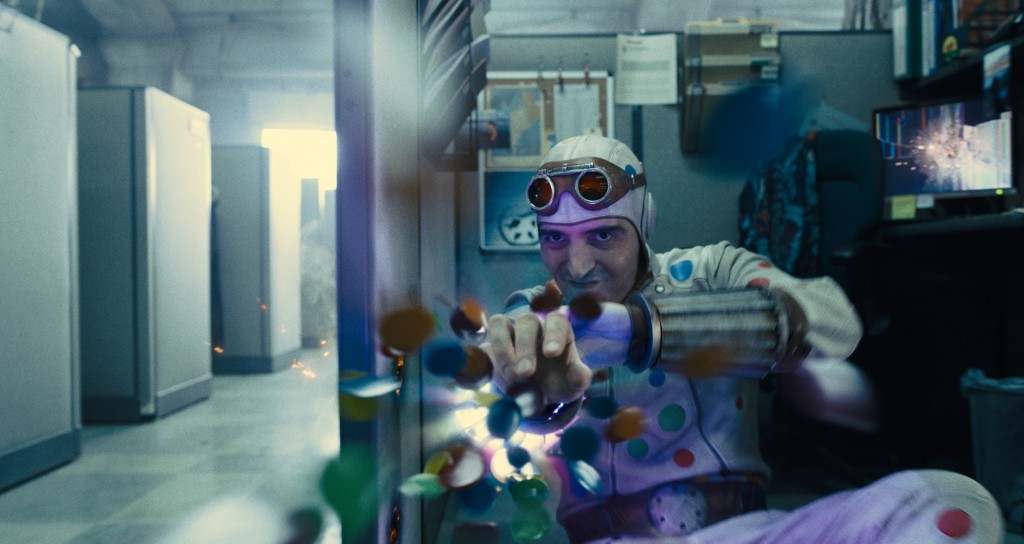 When we speak, he’s in Malta on a shoot for The Last Voyage of Demeter, an André Øvredal-directed horror film speculating on Dracula’s sea journey to London and the fate of the doomed crew that took him there.

I ask Dastmalchian how he’s handling this intense, all-at-once success.

“That’s a good question,” he responds. It turns out having all your ships come in at the same time can feel like kind of a lot. Fortunately, he tells me, he’s got a good support system to keep him grounded.

“I can’t express how grateful I am that I have the family and friends I do, who help me feel like I’m enough whether all this stuff is happening or not,” Dastmalchian says. “All the joy, all the gratitude, all the excitement I feel doesn’t discount the fact that it’s all happening in rapid succession, and in a way that feels overwhelming for my brain. At times it does induce anxiety, but it’s thoroughly positive.”

Even his pets are famous now. While shooting The Suicide Squad in Panama, Dastmalchian encountered a stray cat that his family adopted.

“There was a very sweet, very malnourished kitty who kept climbing up into the video village guy’s lap every day and kept wanting attention and wanting to be loved,” Dastmalchian says. “The day I shot the ‘I’m a superhero’ scene, which was one of my hardest scenes to shoot in the whole film, that cat came up, and I pet her, and she calmed me down, and I thought ‘I’m fucked man, I need this cat.’ I called my wife and she was like ‘yeah of course.’ She adopted us, and she’s been part of our family ever since.” 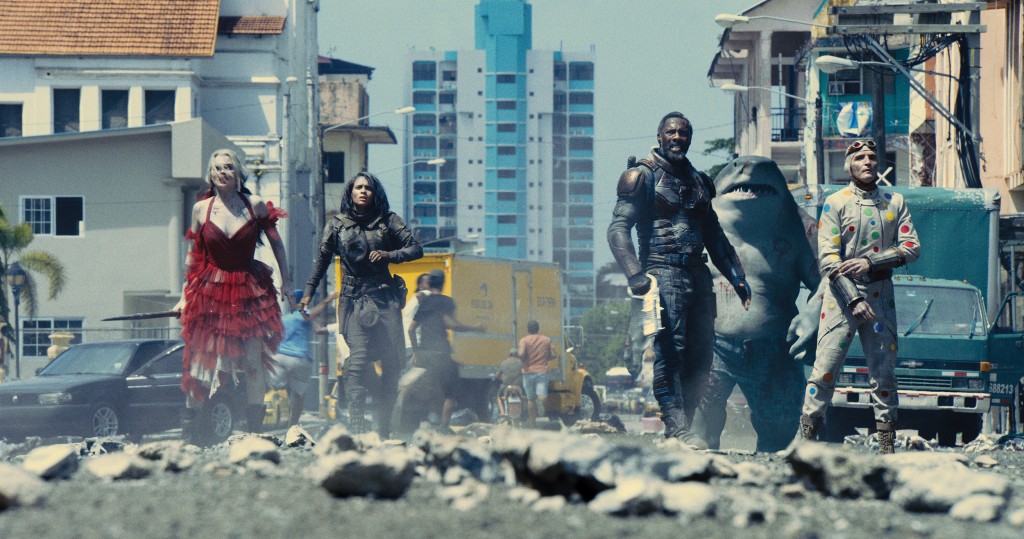 Abner Bubblegum Polka-Dot Cat went viral after Dastmalchian posted a photo of his furry new family member wearing a miniature version of his The Suicide Squad character’s costume created by the film’s costume designer, Judianna Makovsky. Dastmalchian’s Twitter feed, where he shares fan artwork of his characters, currently features as many drawings of the cat as of himself.

“Bubblegum is a unique cat,” Dastmalchian says. “You can call her by name. She seems to know when I need a lap cuddle, leaves me alone when I don’t, and lets the kids put their crazy energy on her.”

Dastmalchian is also working on a script for a project currently titled Hide Your Eyes, a supernatural horror drama that deals with themes of mental wellness and addiction, themes that Dastmalchian, who’s been open about his experiences with both, has a deep connection to. Like Dastmalchian’s previous screenwriting effort All Creatures Here Below, which shot predominantly in and around Kansas City, Hide Your Eyes will be set in the midwest. 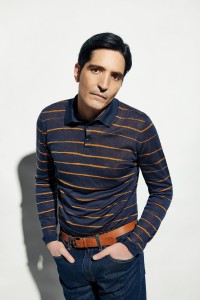 “There’s no other landscape like what you get in Kansas and around Kansas City,” Dastmalchian says. “You can say ‘we’re making a story set in the midwest’ and then go shoot it in Louisiana or Georgia, and those places are beautiful and look really cool, but they don’t look like Kansas, or Northwest Missouri. It’s such a specific terrain that’s particular and simple and simply beautiful. That had a big impact on me.”

Advocacy for expanded filmmaking opportunities in Kansas City is a long-term passion of Dastmalchian’s, but as he says, “It’s a long fight.” One reason many big-budget productions that shoot in the United States use certain states or cities (Georgia, where The Suicide Squad was shot, has filled in for Indiana in Stranger Things, Michigan in The House with a Clock in its Walls, and Kentucky in Hillbilly Elegy) is because of competing tax exemptions, lifted location fees or other perks that make it easier for productions to film there, creating jobs and revenue in return. Missouri’s statewide film incentive ended in 2013, and hasn’t been reinstated since.

Dastmalchian says he’s actively trying to change that. “The midwest is a crucial part of the United States storytelling, but because of something as simple as tax incentives, they can’t shoot those stories here,” Dastmalchian says. “One of my missions as a filmmaker is to help the KC film office to push for comprehensive tax incentives and get state legislators to get behind the idea of how much capital and business we could bring into our places if those things were on the table.”

That advocacy comes from a long-standing loyalty to the area where he grew up. Dastmalchian credits local institutions like Clint’s Comics Books, Rainy Day Books, and the Tivoli Theater with providing early creative inspiration. 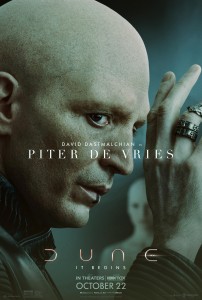 “Kansas City in the ‘80s, when I was a kid, was starting to boom for a lot of reasons. It was a real bizarre melting pot of different points of view,” Dastmalchian says. “It was very traditional in one sense, and a conservative community that also had a rad, fringe, artistic, progressive tribe of people who were finding connectivity through the arts and the culture of KC and the surrounding suburbs,”

Those competing worldviews, with help from supportive teachers in the Shawnee Mission School District who encouraged his interests, allowed Dastmalchian to develop strong tastes and opinions early in life, and learn to defend them.

“Growing up in the midst of such extremes—for me it was Reagan’s conservative dominance, while being on the edge of a city that was so multicultural and had been progressive since the 1920s—that was an interesting place to start formulating ideas and opinions,” Dastmalchian says. “I learned early on how to fight for and use my imagination to explore ideas that went against what was acceptable or the norm in our communities.”

In 2015, Dastmalchian returned to the Tivoli, this time as a filmmaker, with a special premiere of Animals, his first collaboration with All Creatures Here Below director Collin Schiffli. He says the experience was profound.

“That was one of those life moments for me that was so important,” Dastmalchian says. “Getting to be back home and seeing my films in those theaters was something I’ll never forget.”

On October 22, audiences around the world will get to see Dastmalchian in Denis Villeneuve’s adaptation of Dune. Dastmalchian plays Piter de Vries, who serves the movie’s villain, Baron Vladimir Harkonnen, played by Stellan Skarsgård. This will mark his third collaboration with Villeneuve, having had memorable roles in both 2013’s Prisoners and 2017’s Blade Runner 2049. 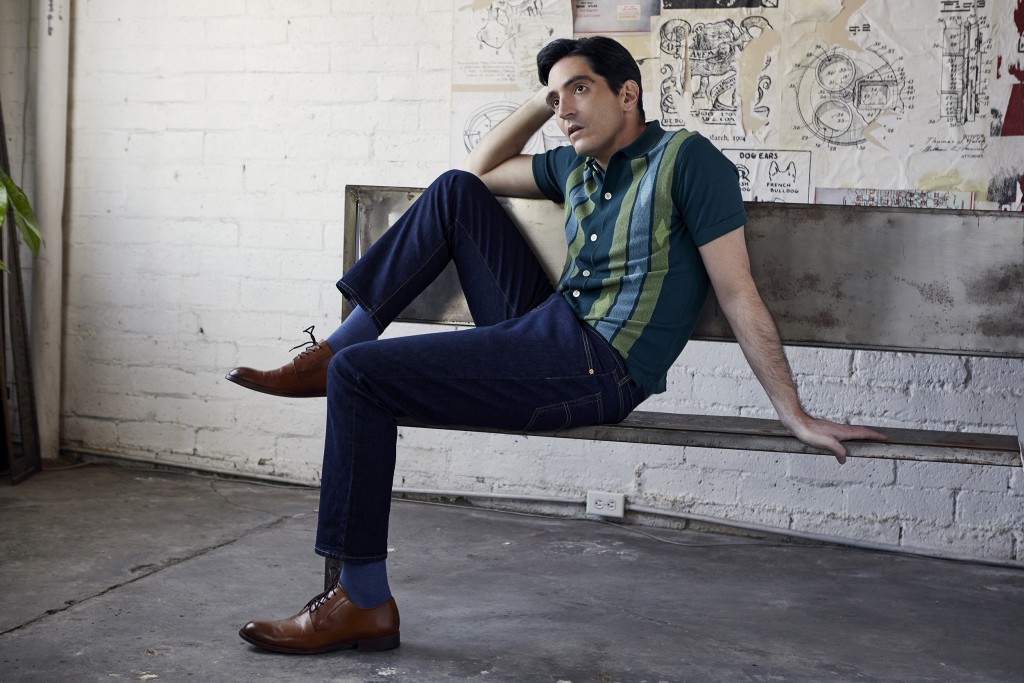 “Working on it was pretty difficult because I play a character who is literally and figuratively twisted. He’s a human computer who’s been twisted by Baron Harkonnen,” Dastmalchian says. “There’s not a lot of conscience at play, which is usually a big doorway for me. Without one, you’re kind of a computer program-version of sociopathy, which was challenging to play, but very rewarding. I think we came up with something I hope people will be creeped out and entertained by.”

With a growing gallery of troubled, fascinating characters building up on his resume, I ask Dastmalchian if going deep on emotionally complicated figures is something he’s sought out. It turns out the answer is a little inscrutable, even to him.

“There must be something about me that these directors feel is appropriate or kindred that they think I’m right to play these characters,” Dastmalchian says. “I don’t know how to take that exactly, but I’m grateful for the chance to work and play complex, dark, struggling characters because they have so much to overcome, and that gives me a great journey. Why I bring so much is a mystery to me, and one I’m happy exists.”