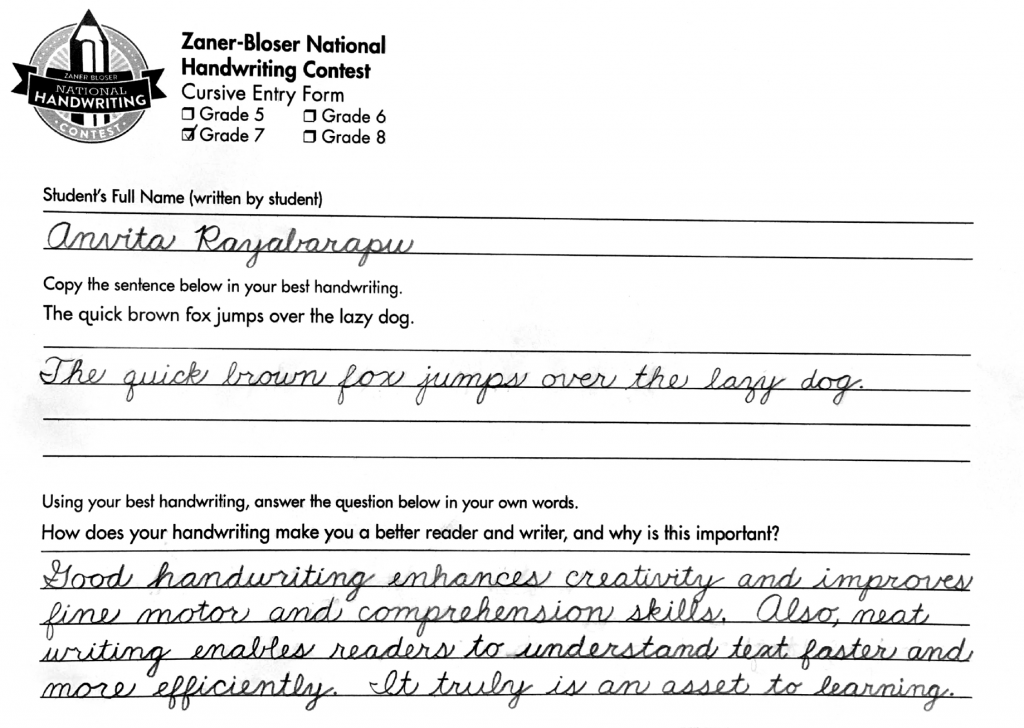 Overland Park Pleasant Ridge Middle School student, Anvita Rayabarapu, probably has better handwriting than you. This month, Rayabarapu was selected as the 7th grade Grand National Champion in the 2021 Zaner-Bloser National Handwriting Contest out of over 70,000 contest participants for her exemplary cursive handwriting.

“Research has shown time and time again that handwriting has a positive effect on children’s learning, providing many benefits that support cognitive development and improve academic outcomes,” says Lisa Carmona, president of Zaner-Bloser. “Our contest recognizes handwriting as an important component of literacy education and celebrates students for their hard work and commitment to excellence.” 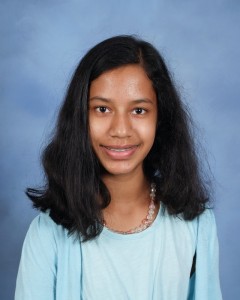 After entering the contest last year as well, Rayabarapu was elated to learn of her national victory in the 3oth annual Zaner-Bloser Handwriting Contest.

“When I received an email letting me know I won the Zaner-Bloser National Handwriting Contest, I was overflowing with happiness and joy,” says Rayabarapu. “Last year, I was a state-level winner, so my goal was to go beyond that this time. I was thrilled to hear that I reached my target.”

Rayabarapu agrees with Zaner-Bloser on the merits of good handwriting.

“I believe that penmanship/cursive writing is important because it is a key method of communication,” she says. “Neat handwriting allows others to understand your thoughts and ideas through paper and pencil. I always try to make sure that what I write is clear and comprehensible as much as possible. Also, when you write in cursive, you are constantly focused on the words, so in an amazing way, it boosts your creativity!”

To see a full list of the contest winners, semifinalists, and recipients of the Nicholas Maxim award, click here.