Over the Weekend: Applefest in wild, wild Weston 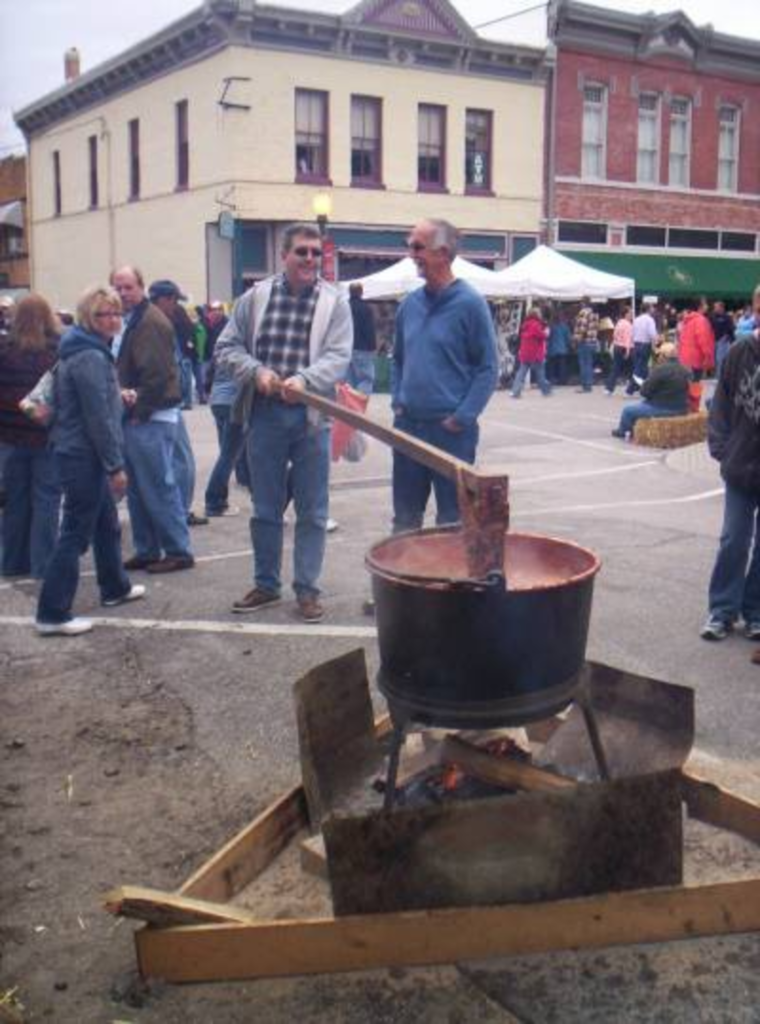 ​Actually, come to think of it, things could be much wilder in Weston, Missouri this coming weekend, when the historic hamlet hosts its annual Irish Festival on Friday, October 9, through Sunday, October 11 at O’Malley’s Pub & Courtyard.

But this past weekend was Weston’s 21st annual Applefest Celebration, which was only wild if you couldn’t find a parking spot. And they were damn hard to come by, let me tell you, unless you wanted to park out in the suburbs and walk (as many people did) or wait for one of the schoolbuses shuttling folks from the outskirts of town.

​Applefest took over the quaint town’s main drag with all kinds of vendors — potters, scented-candle makers, a family selling jars of candied jalapeno peppers (they passed out samples — not bad!), and a massage therapist offering ten-minute chair massages. Right in the center of Main Street, a team was cooking apple butter in a big copper pot over an open fire. I got up close to the bubbling brew, which smelled delicious, but I’m not sure why the cooks — all men, it seemed to me — needed such a long, long stirring stick unless it had some Freudian implication. A friend of mine was selling jars of the apple butter at a table right next to the copper cauldron and told me there was a reason for the long wooden paddle and that it had something to do with bees. Since Saturday was sort of chilly, we didn’t see any bees, but they apparently go wild over the aroma of cooking apples. Maybe like this?

​At one end of town, folks from one church were selling apple pies; at the other end, under a tent in a parking lot that had been designated as a “food court,” the members of the Weston Christian Church were selling the most fabulous baked apple dumplings — with or without ice cream — that I’ve tasted in a long, long time: soft, succulent baked apples encased in a light, flaky crust.