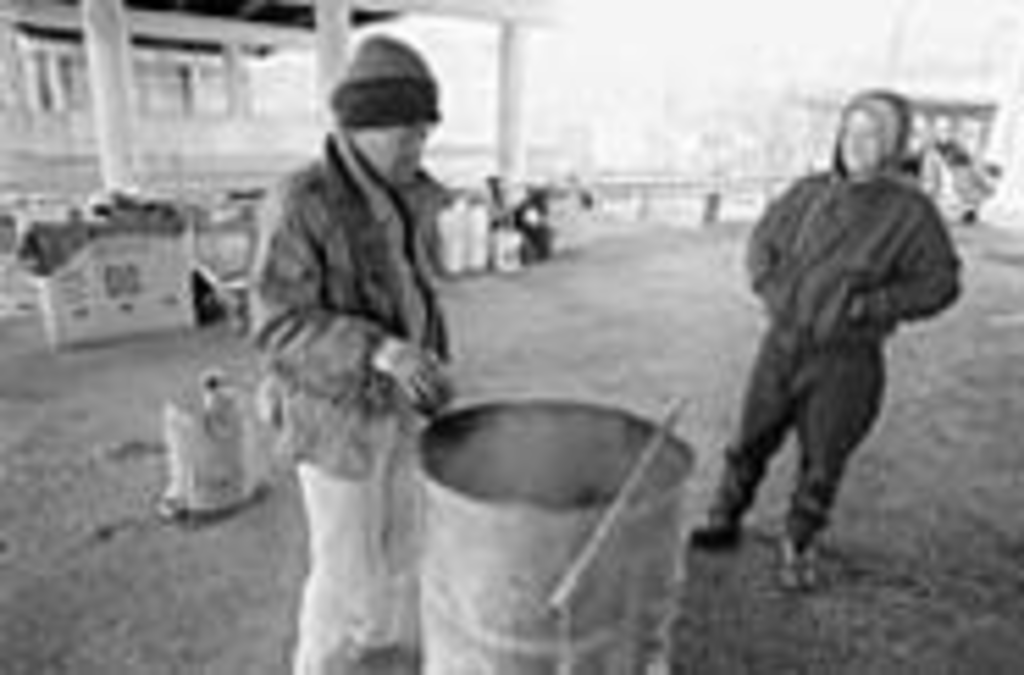 Today, anyone gazing from a window of the Western Auto building would see few traces of the sixteen homeless people who camped beneath the overpass at 20th and McGee a month earlier, unsure of where they would go next. The area is free of their belongings, and the charred barrel that once contained a nightly fire houses only a pile of ashes and a crushed beer can.

A week before Christmas, however, the homeless were there, and they were nervous. They’d camped in the spot for about six months, huddling close to the feeble heat of the barrel fire as winter fell. But the skyscraper is up for sale, and the homeless weren’t helping its curb appeal.

“The Realtors wanted the homeless people moved out because they were trying to sell the building next to them,” says Cynthia Larcom of the Homeless Services Coalition, who was contacted by Mayor Kay Barnes’ administration for assistance in finding shelter for the homeless people. “The mayor’s office told us they were going to be forced to relocate the people under the bridge and asked us to help them move to a new location.”

Every six months or so, the coalition gets a call from the mayor’s office when homeless encampments get in the way of economic development, says Larcom. This time, the sojourners gathered belongings into neat piles around the camp, and Larcom persuaded the mayor’s office to let the people remain together over the Christmas holidays. She got a few into shelters, and a couple of others went to stay with family. By the second week of January, the city gave the five remaining residents two more days to move before public works employees would arrive with trucks to clear the place out.

On any given day, roughly 3,000 homeless people live in Kansas City, and more than 17,000 call the homeless hot line each year. The “visible” homeless — people living under bridges near architectural landmarks — may become more visible as Kansas City pursues downtown development.

Mayor Barnes recently told The Kansas City Star that Kansas City needed to decrease its funding for “nonessential programs” and suggested reducing funds for the homeless and other social services in the budget proposal submitted by Kansas City Manager Bob Collins. Barnes added that corporate and philanthropic agencies may be able to pick up the slack.

But the jaded tenants beneath the overpass who loaded blankets and bags into shopping carts don’t have time to wait for corporate philanthropy. Johnnie May, a woman crouched on a barrel beside the fire, vacillates between anger and resignation. “We weren’t bothering nobody,” says Johnnie May. “And it would be nice if the city would help us out instead of making us move all over the place.”

“We don’t want to just displace people. We want them to have shelter,” says Regina Chandler of Mayor Barnes’ neighborhood advocate team. A city task force has developed recommendations to make sure that homeless people have access to the psychiatric and medical services they need.

“We want to be sensitive to their desire to not live like the majority,” says Chandler, “but it is a violation of the city ordinance to live on public property.” The mayor’s office was also concerned that campfires beneath the bridge could spread. Repairing damage to a bridge is expensive, Chandler says. But Johnnie May and the others aren’t buying that explanation.

A tall man with dreadlocks points toward a distant overpass. “They ain’t messing with the people under that bridge, only with us.”

Alan Terhune, who has managed the Western Auto building for twenty years, says the homeless people didn’t pose a problem for him, but he didn’t have any say in the decision to move them.

“I’ve seen a lot of homeless people down here who get off the train, and I wish they would just keep on going,” says Terhune. “But these people were just down and out.”

Dan Carr at CB Richard Ellis in Kansas City, the broker responsible for selling the building, claims he never asked the city to move the homeless people.

“I don’t know anything about it,” says Carr. “The homeless people were on city property, and that’s a city issue.”