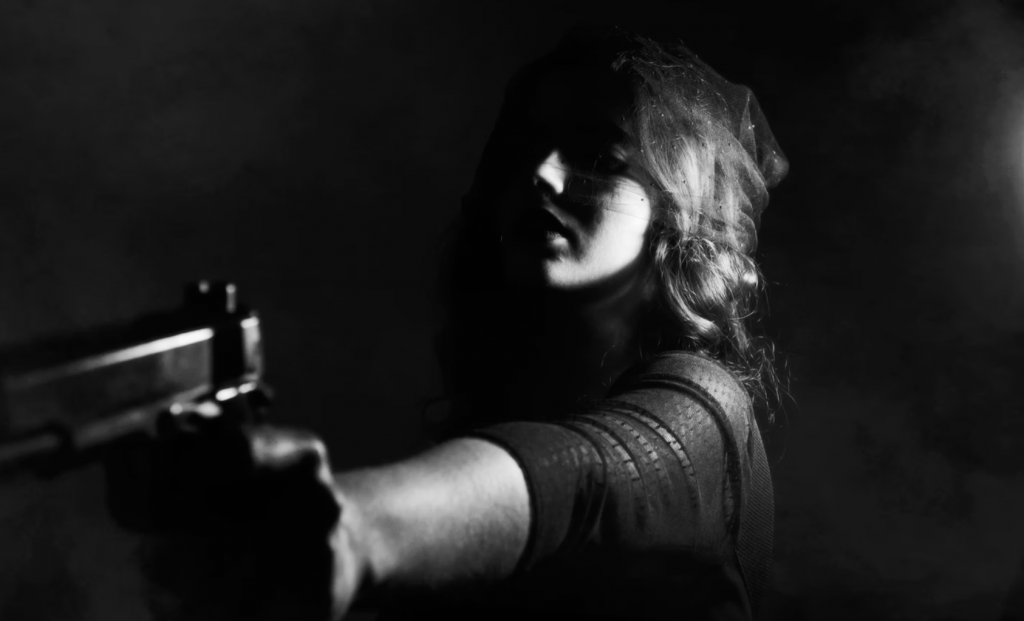 If any (or all) of those pique your interest, you’re going to want to check out an upcoming film noir theatrical experience being performed at Sidekicks Saloon (3707 Main) in late January. The show is produced by Outlaw Theatre, a newly minted live theatre company helmed by producing artistic director Harley Wood and director of development Ron Simonian.

Written by Simonian, the show, Tales From the Gloryhole, promises to shatter the sexual and gender stereotypes which prevailed on the Hollywood screen and stage of the noir era, says Wood. This journey into greed and dangerous liaisons is underscored by the fluid nature of the character’s sexual attractions and perceived societal barriers.

Set in the 1930s, the story is driven by the mood of pessimism, fatalism, and menace, “which is the core of all film noir classics,” says Wood. “It’s a dark, film noir-style sexual comedy with a message of hope.”

The show debuts next month, with shows on January 24 and January 31.

The duo hopes this inaugural production is the first of many provocative performances to be unleashed at Sidekicks Saloon. “Our mission is to produce hard-hitting, authentic professional theatre using polished stage actors and smart, courageous, bold scripts,” says Wood.

The venue, meanwhile, allows for audience-friendly staging to showcase this pseudo-who-done-it.

“The way the stage is set up will give an intimate, flexible way of staging shows—kind of like theater in the round” he says. “There’s no other theater-type performances going on at Sidekicks, so it’s a nice little edge, a nice little niche.”

Simonian’s talents, meanwhile, are well-known in the metro. He’s written countless shows for both The Unicorn and KCRep. “He’s a phenomenal playwright,” says Wood.  “Every (Outlaw Theatre) piece will be an original Ron Simonian piece.”