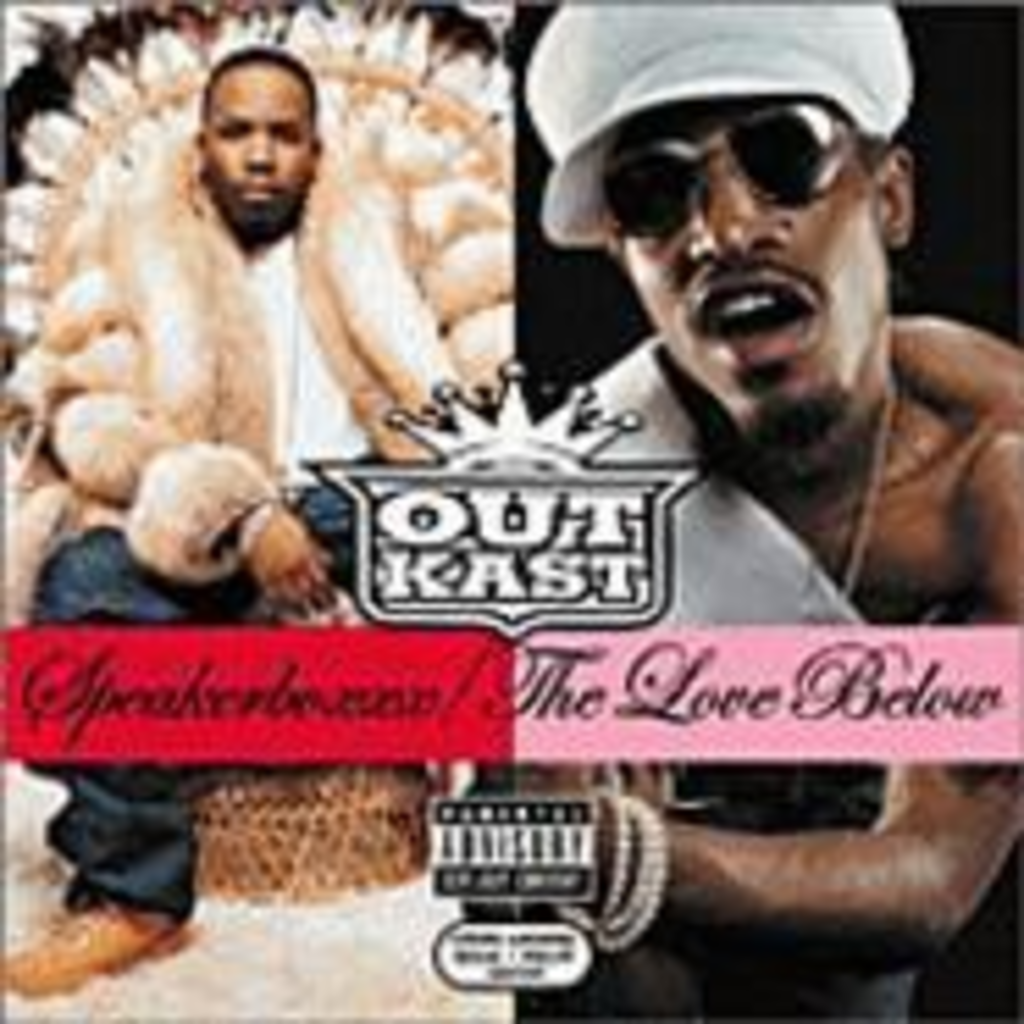 It’s tempting, when listening to the fascinating sprawl of Outkast’s double-length latest, to consider it urban music’s heir to The White Album — and not merely because the Georgia duo of Big Boi and Andre 3000, who each contribute a solo set to this package, is the closest thing to the Fabs, creatively and ambitionwise, that hip-hop has produced.

Big Boi is Outkast’s McCartney, a traditionalist trying to hold the group together. His Speakerboxxx will surprise no one who loved the group’s breakthrough, Stankonia, with its futuristic funk and good-natured, pimpadelic outlook. All that’s missing, really, is Dre’s unpredictability; it’s no coincidence that “Ghettomusick,” a locomotive fusion of techno and crunk he produced, is the most aurally stunning thing on his partner’s album.

Which brings us to the Lennonesque The Love Below. If it contains no “Revolution 9,” its probing of black music’s limits is almost as revolutionary — and indulgent. Featuring little rapping, it sets Dre’s suspect croon atop ’60s jangle, continental jazz and all points between and beyond, often succeeding from the sheer buzz of boundary-toppling. Its aspirations, like the White Album’s, also contain the seeds of the group’s demise; Dre says he’s fed up with rhyming and won’t tour. We can hope Outkast has an Abbey Road left, but it’s a tribute to the group’s greatness that this flawed exercise is still required listening for fans of any genre.