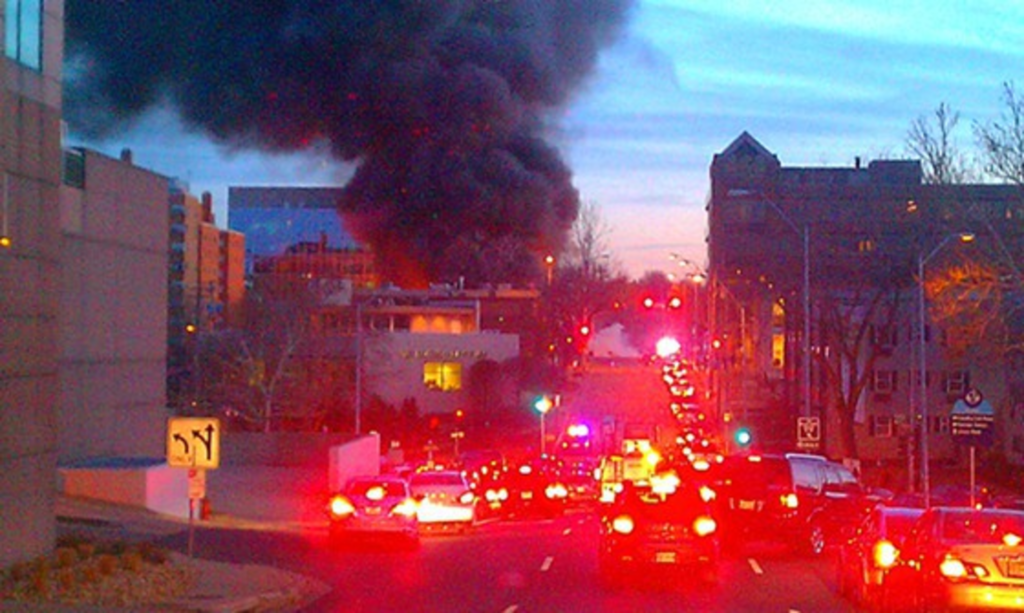 The Occupational Safety and Health Administration released the findings of its investigation into the February explosion of JJ’s Restaurant on the Plaza. The report cites both the restaurant owners and Heartland Midwest LLC, the company that was laying fiber-optic cable at the scene.

In a release, OSHA asserts that the Heartland Midwest crew was digging to lay cable when the “boring tip of the drilling pipe breached the natural gas supply line,” leading to the massive explosion that burned for hours and killed one JJ’s employee. Heartland Midwest was cited for a willful violation of the “General Duty Clause” for not providing a safe working environment. The company faces proposed penalties of $161,000, the statement said. Heartland was also found to have failed to provide workers with footwear that could protect them from electrocution.

OSHA cited the owners of JJ’s for having a deficient emergency plan. OSHA said the bar’s emergency plan “did not designate and train workers to assist in a safe and orderly evacuation, nor did it have a procedure to account for and protect workers following an evacuation due to an emergency, such as an explosion or fire.” The owners face a fine of $2,000.

“This explosion was a tragic event that stemmed from errors on behalf of Heartland Midwest. Companies, such as Heartland Midwest, have a responsibility to train employees about the hazards that exist on work sites. It is heartbreaking that a person was killed, and numerous employees were severely injured as a result of these violations,” Marcia Drumm, acting regional administrator for OSHA in Kansas City, said in the statement announcing the findings.

You can read the full reports on each business here and here.