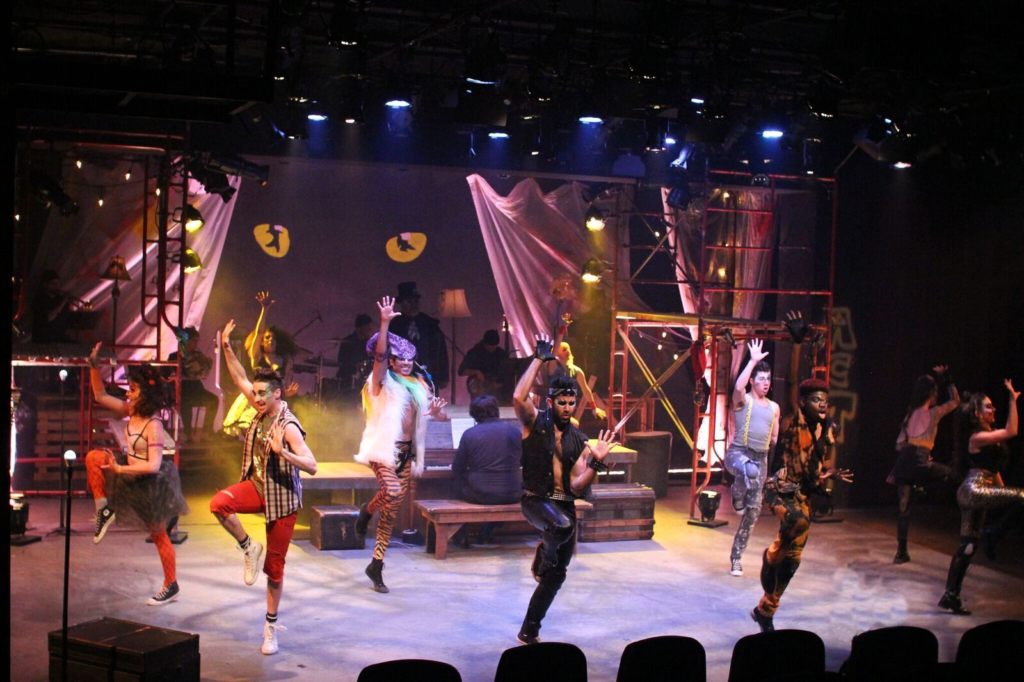 A week after catching Cats at Musical Theater Heritage, Andrew Lloyd Webber’s songs are still pouncing about in my head, as is the T.S. Eliot poetry-turned-lyrics that inspired the composer. Eliot’s Old Possum’s Book of Practical Cats reflects a cat lover, surely, but also a man of wit and insight and empathy. Energetically directed by Tim Scott, the MTH production — which has become the highest-selling in the theater’s history — steps out of its typical format and prances and saunters and struts about the entire stage. It’s filled with a strong ensemble of talented actor-singer-dancers; choreography by Kenny Personett; and the nearly continuous piano playing of Jeremy Watson, who directs a five-member band — and steals a scene himself. (Some cast members also double as musicians, assisting on flute, violin and piano.) From “Jellicle Songs” at the top to “The Addressing of Cats” at the tail, the feline personalities and memorable tunes have curled up and settled in my mind. The show plays through June 24.