One of Us Must Know 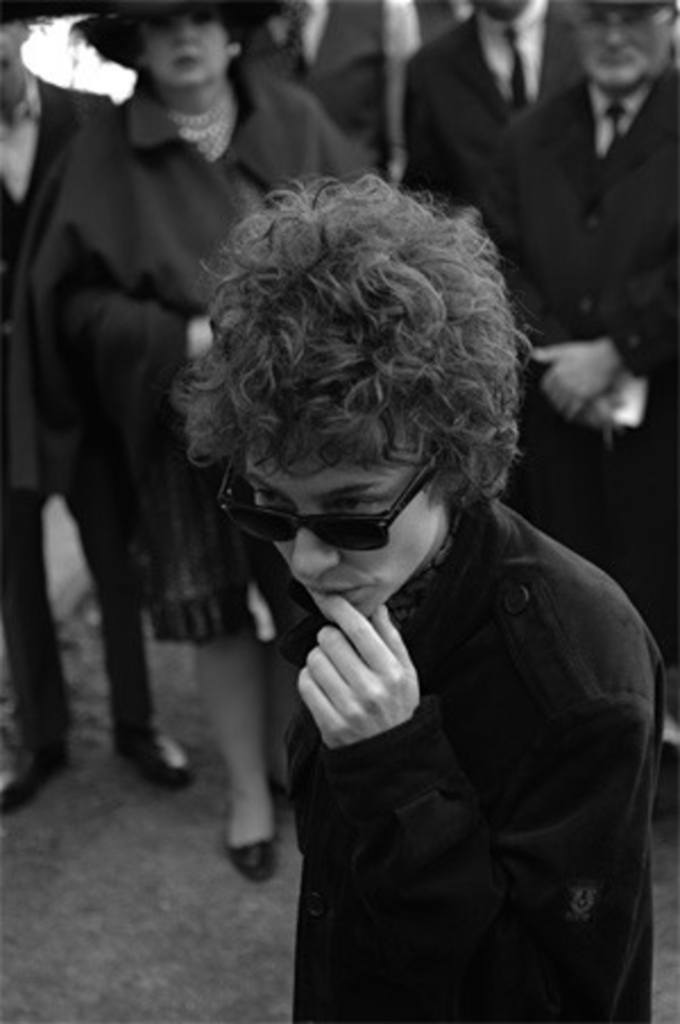 Something about that movie, though, well I just can’t get it out of my head/But I can’t remember why I was in it or what part I was supposed to play.— Bob Dylan, “Brownsville Girl”

Bob Dylan isn’t “there” in Todd Haynes’ staggering mix tape of a biopic, I’m Not There. Rather, he’s everywhere and nowhere, a Heisenberg particle whose locus shifts with our every attempt to pin him down. Of course, his words are there, in the nearly three dozen Dylan songs that fill the movie’s soundtrack. So is his voice, belting out “Stuck Inside of Mobile With the Memphis Blues Again” over the pano­ramic opening credits. And his looks, from the blue jeans and work shirts of the Freewheelin’ days to the outré Jew-fro and polka dots circa Blonde on Blonde. But not once in all of I’m Not There do the words Bob Dylan pass anyone’s lips, and the various Dylan surrogates who parade before Haynes’ camera range from eerie look-alike “Jude Quinn” (played with jaw-dropping mimicry by Cate Blanchett) to a pint-sized African-American boy (Marcus Carl Franklin) who calls himself “Woody Guthrie.”

The concept is as simple to describe as it is audacious to behold: a portrait of an artistic giant not as a chronological biopic but rather as the sum of his influence and influences and the many fragmentary identities he has donned. Just how many Bob Dylans have there been? Fans will argue that point into oblivion, but Haynes and co-screenwriter Oren Moverman set the number at six (or seven, depending on how you interpret the avatar played by Christian Bale) and make a compelling case for each of them.

In addition to Woody and Jude, there’s “Jack Rollins” (Bale), a stand-in for the folksy, acoustic Dylan of the early ’60s, reconstituted later in the film as “Pastor John” (also Bale), who represents the critically derided, born-again Dylan of the early 1980s. The waiflike British actor Ben Whishaw appears fleetingly as “Arthur Rimbaud,” an amalgam of Dylan’s poetic influences, seen spouting coy, discursive testimony (“I don’t call myself a poet because I don’t like the word. I’m a trapeze artist”) before a vaguely Kafkaesque tribunal. For Dylan at the time of his divorce from his wife, Sara (here a composite character played by Charlotte Gainsbourg), we get Heath Ledger as “Robbie Clark,” an actor who once played Jack Rollins in a Hollywood movie. Finally, there’s Richard Gere as an autumnal “Billy the Kid,” having survived his final confrontation with Pat Garrett and retired to a landscape somewhere between the Old West and the lush hillsides of Woodstock, New York, where Dylan himself retreated following his near-fatal 1966 motorcycle accident. I’m Not There begins and ends with that crash and resurrects Dylan half a dozen times in between, hopscotching the decades with Proustian grace.

Within each of the individual strands are more densely packed layers of references and meaning — regarding Dylan, of course, but also the cultural epochs he has traversed and helped inform. In one of his more audacious strokes, Haynes (in collaboration with the cinematographer Ed Lachman) styles each section of his movie after the movies of the corresponding time period. For the public persecution Jude feels in the wake of “going electric,” I’m Not There adopts the paranoid-fantasia form of Fellini’s 8 1/2, and the muddied palette and moody malaise of 1970s acid Westerns give shape to the Billy the Kid chapter.

It sounds like a recipe for the most pretentious movie ever made, by a director whose best work (Safe, Far From Heaven) has never fully belied his Brown University semiotics education. But I’m Not There turns out to be a triumph of intellect and cinematic imagination that feels light rather than heavy. It’s such a novel approach to film biography as to leave every Ray and Walk the Line looking clueless. Haynes pulls off the seemingly impossible: He takes one of the most discussed, written-about, imitated, lusted-after public figures of the 20th century and shows us not something new but something deeper. The Bob Dylan whose “music and many lives” are the credited inspiration for Haynes’ film is another kind of being — a pop-culture star-child hurtling through the cosmos under our immortalizing gaze.

If Blanchett’s Jude is the most recognizable Dylan — and the performance that even those who hate the film won’t be able to stop talking about — then Gere’s Billy the Kid is the most enigmatic. The character seems at once the ghost of the musician’s roots-music past and the spirit of his eternal present, the living phantom grinding away on his self-proclaimed “never-ending tour.”

“You’ve got yesterday, today and tomorrow all in the same room. There’s no telling what can happen,” Billy muses late in the film. That real Dylan quote succinctly summarizes the Moebius-strip structure of Haynes’ film. And so the most lasting image of I’m Not There may well be its last, in which the Kid picks up Woody Guthrie’s guitar and hops yet another boxcar as a train pulls down the line and a soulful harmonica blows its ageless tune.