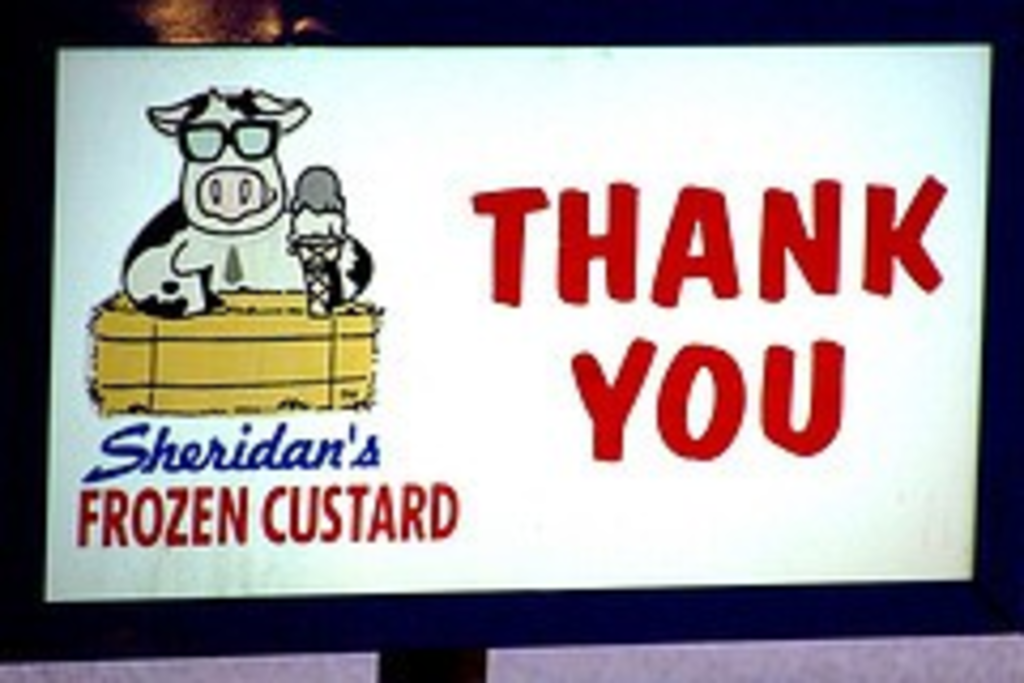 Sheridan’s Frozen Custard has been available at Kauffman Stadium for a couple of years, but only from concession carts with custard made off-site. Now, the redesigned stadium will feature a 600 square foot store that, according to a Royals’ press release, will be “the only frozen custard store to operate

in a professional sports venue in the country.”

I talked to founder Jim Sheridan who said the new store, which was designed by 360 Architects, would be featured in the Outfield Experience Area and ready for business when the Royals take on the Yankees opening day. “At least that’s the plan. The Royals have been very helpful at making sure we have everything we need and are ready to go by April 10. So the answer is yes, we’ll be open… but even if something happens, we’ll have our concession carts.”

The Kauffman Sheridan’s will have a stripped-down menu with an emphasis on best-selling items like concretes and royal turtle sundaes, and hasn’t decided whether to rebrand its dishes to reflect the new digs. “It’s something we’re definitely looking at,” Sheridan said.

The Outfield Experience Area is being designed as a place for fans to gather before games. The gates to the area will open an hour before other gates to the ballpark.

When negotiating the space, Sheridan said, he dealt solely with the Royals and never with new concession supplier Aramark, which signed a 10-year agreement with the Royals that seems to have driven out Gates’ Barbecue. Sheridan offered no more details about the contract but did say that being a Royals fan played a big part in his decision to move into the stadium. “I grew up in the area, I live in the area and I love the Royals… I go to 10 to 15 games per year and I really think under Dayton Moore’s management things are going to get a lot better.”

The store will also play a role in Royals promotions. “For the upcoming season there’s 25 ice-cream eating contests.” But don’t ask Jim Sheridan, who’ll often be working the store, how to become a contestant. “I’ll leave that to the Royals to decide.”