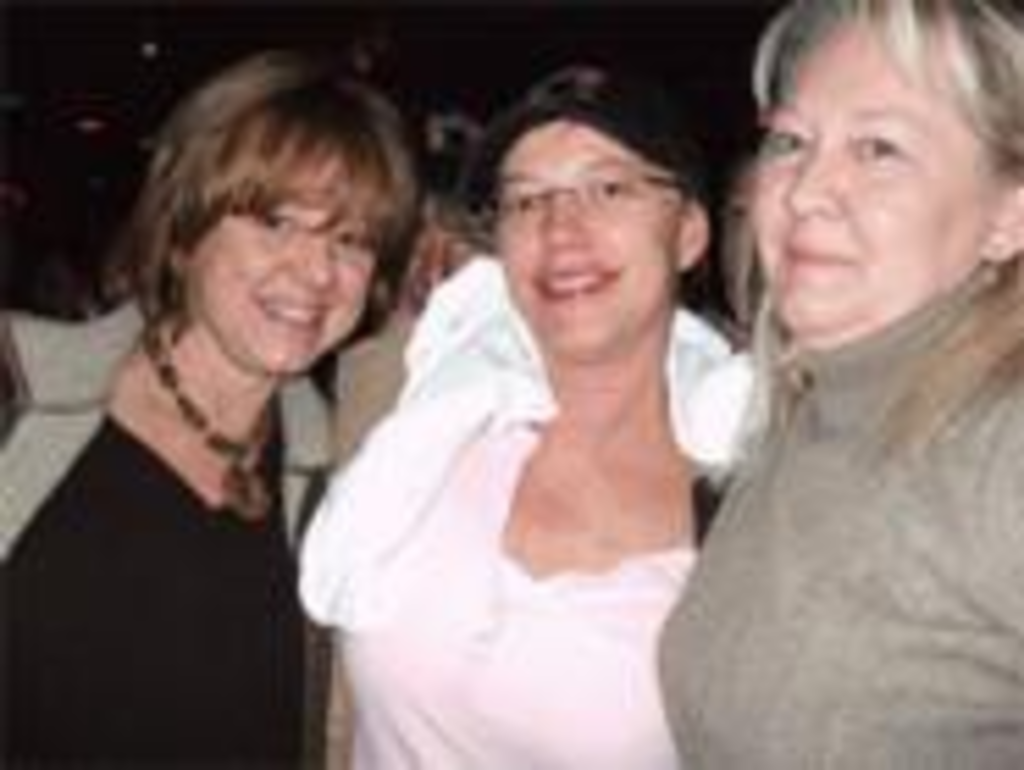 Yep, the name said it all. Someone named Holly organized a benefit at Balanca’s to fund her boob job. She even got local acts Cattle Lack Order, Mi Corazon Negro and DJ Rico to donate their time to perform for this, uh, worthy cause. Of course, the concept of a breastfest sounded so weirdly alluring — and somewhat titillating (tee hee, we said tit!) — that we had to see what it was all about.

We headed over on a recent Thursday night with Research Assistant Erik. There, we encountered a blond, slightly older woman working the door. She was Holly’s sister, and she pointed out the pre-op candidate for us: a petite strawberry blonde sporting a black, flowy halter top with a deep V in front. We sneaked a look at her chest, which, yes, was lacking in bosom acreage. After the sister drew an X on the Night Ranger’s hand and a circle with an areola on RA Erik’s to show that we’d paid the $8 cover, we got some tall Jack and Cokes ($5.50 each) and claimed a booth near the back to observe the decent-sized crowd. Sadly, exposed breasticles were not in evidence, as one might have expected at such an event.

But then the cavalry strolled in.

That’d be Sarah, one of Holly’s friends, who dropped off her coat in the back and re-emerged spilling out of a black-vinyl string-bikini top that matched her miniskirt and black platform slides. Her sister, Jessica, wasn’t far behind. She went braless in a white tank top with a Jägermeister logo. The tank top was knotted in the back for maximum nipplage exposure. A tan string-bikini bottom and combat boots completed the look.

Both ladies walked around with a tray full of cupcakes, selling them for a dollar each. The proceeds also went to the fund. We bought a couple, and they were delicious: chocolate-flavored and topped with white frosting. Pink-icing letters spelled out a litany of bosom-related terms: nipples, tits, cans, rack, udders. Sadly, sweater puppies and funbags were missing — or maybe already eaten. (We appreciate the messaging capacity of the cupcake medium, but we have a better idea for fund raising: a groping booth. Five bucks to cop a feel. Everybody wins.)

A guy standing nearby appreciated something else. “I’m really into sisters right now,” he said as he handed over his buck. We’re sure that pickup line went over well.

We were really into sisters, too. Sitting at a booth near us were members of Holly’s family. They sat on the seat back and were really getting into the metal-like sounds of Cattle Lack Order. In addition to dancing in place, they cupped their breasts repeatedly and pretended to lick their fingers and rub their nipples. We went over to get their take on the whole thing.

“Are you Holly’s mom?” we asked one of the dancing women.

“Uh, I’m her sister,” she replied. OK, we felt horribly tacky after asking that, but thankfully, Sandy didn’t hold that against us. She pointed out their mom, Shirley, a lovely woman with white hair. She told us that 29-year-old Holly has had small boobs forever. She’s an A-cup — “Maybe on a good day, if the hormones are flowing right,” Sandy quipped. The other three sisters are C’s.

“The biggest push [to get the boob job] was when her youngest niece, Rachel, passed her at 14 years old,” Sandy chimed in. “At that point, she became desperate.”

Holly herself came over and confirmed those tales. Her target size is a 36-C, and she told us that she waited until she was 29 to make sure she was doing this for herself rather than for some guy. The procedure is scheduled for March 2. It’ll cost $4,500. The benefit won’t cover the operation, but that wasn’t really the point of holding it. “It was just an idea I had,” she said. “I thought it’d be hysterical. It’s just to have fun. I have no shame.”

We were glad to hear that she wasn’t taking this fund-my-boob-job sentiment too seriously. Nor were some of the other patrons, such as 28-year-old Steven, a friend of one of Holly’s friends. A cute guy with hipster glasses, he told us that he had never met Holly. But, he said, you gotta support your friends in all their endeavors. “It’s kind of odd. You don’t hear about a girl being OK with doing this,” he said.

So, Steven, are you more into the T or the A?

“Probably A,” he replied. “It just depends on the girl, really. I don’t know. Society has focused on boobs for so long that you have to be into something different. Every other guy is into boobs. That doesn’t mean I don’t look at them, though.”

“Maybe you should be into something different, like a septum or spleen,” we suggested.

Steven then lifted his left arm, stroked his spleenal area and said in a cheesy voice, “This area right here’s my favorite part!” Yep, that’s our new mission: We’re changing society’s perception of body image, one spleen at a time.

We circulated some more and soon met 35-year-old Matt, a good friend of Holly’s. They’re huge Joan Jett fans, he said, and they go to every concert in the area that they can. In fact, they have tickets to the Oklahoma City show a week after the operation. “She’ll have fresh tits,” he said. Owww. The thought of traveling while sore made us wince. We asked him the T or A question. “I am a gay man,” he replied. Well, we’d been 0-for-3 on the questions, and we felt as deflated as a saggy tit.

In the meantime, Mi Corazon Negro was starting onstage. “It’s Holly’s fuckin’ boobfest!” the tattooed singer proclaimed. That it was. It was late, and when various people started heading out, we joined the procession.

Good luck, Holly. Keep us abreast of any further developments. We’ll be there for you again if you ever decide to augment your spleen.