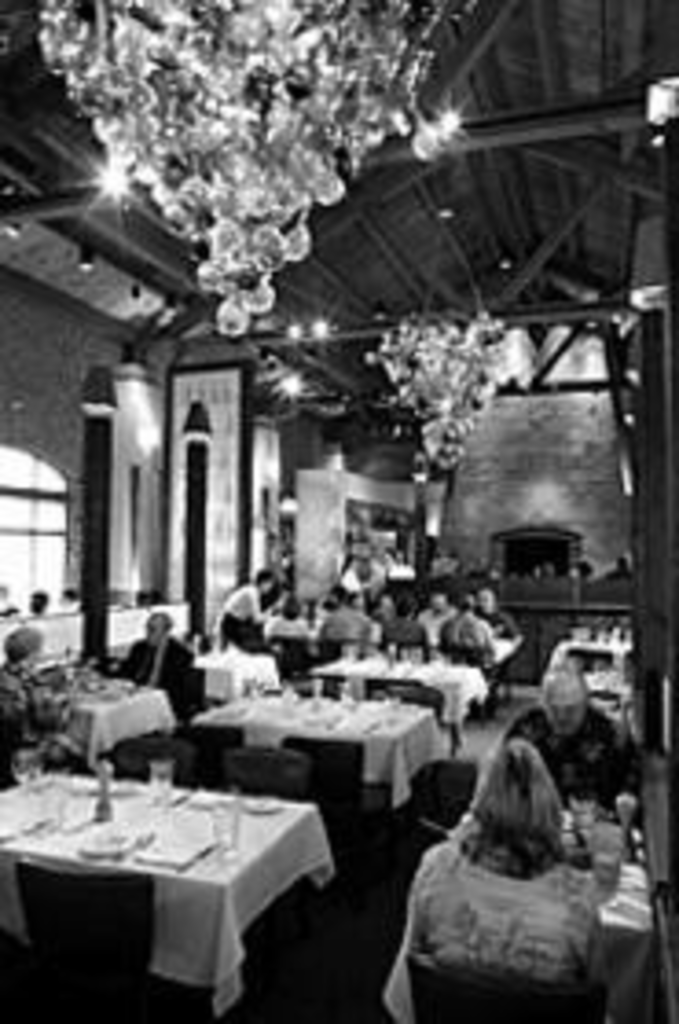 One of the finest cooks I’ve ever known was my late Sicilian grandmother, the tireless Palma, who didn’t see cooking as an art form. It was just another domestic talent she had mastered, like sewing, keeping a clean house or stretching a dollar. “She liked cooking and was very inventive and creative,” recalls my Aunt Mary. “But she was burdened by the demands of five children and a husband who worked long hours. And the Depression! But in spite of everything, she baked her own bread and made her own sauce from tomatoes she had grown herself.”

Looking back, those family dinners were, my aunt says, “simple yet haute cuisine at the same time.” I wonder what my hardworking grandmother would have thought of the quote included in last month’s New York Times obituary of Julia Child, who reportedly said she “never quite saw the point” of Italian food. “I don’t think it’s a real cuisine,” Child added, “because you don’t do much.”

And what does her successor as the reigning PBS culinary queen, Lidia Bastianich, think of it?

“I knew Julia Child over 10 years. I cooked for her,” Bastianich tells me by phone from New York. “And in my experiences, she was always very positive about Italian food. She understood that there’s nothing pretentious, nothing fake about this style of cooking and that it reflects the Italian people. The real essence of any cuisine is that it serves to give pleasure, to nourish and to nurture the culture. And there’s no better cuisine than the Italian to represent those ideals.”

As a second-generation Italian-American, I agree that no one was better at simultaneously nurturing, nourishing and giving culinary pleasure than my grandmother, particularly during Sunday afternoon suppers when the good china was set on the tables and all of my aunts (even the two who hadn’t “officially” spoken to each other in years) and uncles gathered to eat.

The closest thing Kansas City has to that particular family dinner is served every Sunday night at Bastianich’s namesake restaurant in the Crossroads District, Lidia’s Kansas City. The Lidia’s Sunday Sauce dinner — enough to feed three and still provide leftovers — evokes all kinds of satisfying memories. Honestly, if there had been a couple of World War II vets exchanging stories and the sound of a kid getting smacked upside the head when I was there, I would have experienced déjà vu.

The Sunday-night tradition of offering family-style meals was instituted at Lidia’s 4 years ago, about the same time chef Dan Swinney took over the kitchen from Linda Duerr (who was then snapped up for Frondizi’s by restaurateur Jimmy Frantze). Swinney is a brilliant translator of Bastianich’s distinctive style, which leans toward Italian-American cooking only on rare occasions. One of those is the Sunday Sauce supper, which combines a heaping platter of spicy sausage, fork-tender pork shoulder and savory braised meatballs that are nearly as big as bocce balls. Served with a steaming mound of rigatoni and crispy slices of bruschetta, it’s not just as good as my late grandmother’s version — it’s better.

I might have eaten more of the meats and pasta if I hadn’t already overindulged on family-style fritto misto (a platter of crunchy fried calamari, shrimp, onion and zucchini) and a perfectly dressed Caesar salad blanketed with sheaths of shaved Parmesan. I was sharing the meal with my friends Marilyn and Lou Jane, but the amount of food was daunting even for the three of us.

“I like this place,” Marilyn said. “Even when I order something I don’t like, I’m always still happy with the atmosphere and the service. And the desserts, of course.”

At the time, Marilyn was spooning into a tart but fresh-tasting mixed-berry sorbet. I asked her which dishes she hadn’t liked at meals past, but she couldn’t remember. Neither could I, though I haven’t loved every dish I’ve ordered at Lidia’s since it opened in 1998, and I am in the bad habit of ordering the same signature dishes: the pollo con limone e olive (pan-seared chicken breasts glazed with a roasted-lemon-and-olive sauce) and the exquisite osso buco, simmered for so long that the veal tumbles off the bone.

With Lidia’s preparing to celebrate its sixth anniversary in October (an event marked by one of Bastianich’s quarterly appearances), I realized I hadn’t reviewed the place for the Pitch. I haven’t taken notes on a meal there since Duerr was in the kitchen and Mary Simpson, now the managing partner at Capital Grille, was directing the front of the house.

Has the place changed? Only for the better, thanks to co-owner David Wagner’s bright ideas (which include encouraging his father, Richard, to maintain the beautiful garden of flowers and herbs outside the restaurant’s front door); the theatrical but timeless interior created by New York architect David Rockwell; and the talents of Swinney, chef de cuisine Cody Hogan and pastry czarina Rachel Lauer.

Over the years, I’ve lost interest in the restaurant’s most popular novelty, the trio del giorno sampling of three fresh pasta concoctions that servers pile onto plates (and refill, the menu says, “as much as you like”) from big, silvery pans. I like the concept a lot; it’s an innovative way to lure patrons into trying offbeat pasta dishes, such as ravioli stuffed with summer squash. But I’ve always preferred Lidia’s meat dishes, even to the fanciest carbohydrates.

My friend Ned insists that Swinney’s interpretations of the Bastianich repertoire are superior to those of his predecessor, particularly the braised lamb shank, which he remembers as chewy and stringy when the place first opened. But that was also before Wagner started buying lamb from Pennsylvania-based Jamison Farms, which is why Swinney’s version of lo stinco di Agnello is so succulent. “It’s totally emotionally satisfying,” Ned said this time, looking around the dining room and commenting on the other customers. “Are those two Catholic priests at that table?” he said in a stage whisper. “Oh, I guess not, since there’s no liquor on the table.”

I blushed with embarrassment, because they were indeed Catholic priests. “Don’t worry — they didn’t hear me,” Ned snapped as he plucked a wedge of focaccia from a wooden basket on the table. My friend Bob rolled his eyes, then turned to Janice, our gorgeous waitress, and brazenly ordered the pollo con limone e olive before I could insist on having it for myself. Bob had made a fortuitous choice, though, because it forced me to turn my attention to a grilled pork chop that arrived luscious and thick, drizzled with balsamic vinaigrette and accompanied by two grilled Missouri peach halves and a mound of spicy braised greens.

Because it was another Sunday night, Ned and I had finished one of the family-style Caesar salads before dinner (it usually serves four, but we were ravenous), and Bob already had eaten one of Bastianich’s innovations: arugula tossed with walnuts, gorgonzola and slices of sweet pear. We logically should have stopped right there, but we went on to eat every bite of our dinners and our desserts: the silken, milky-white panna cotta custard for Bob and a plate of freshly baked Italian cookies and candied orange peel for Ned and me to share. Distressingly, I ate most of them. Ned alternated sips from a glass of citrusy Limoncello liquor and a cup of espresso. It made him more verbose than usual.

“This place is like an aging movie star,” he announced. “A star who still looks good and doesn’t need a face-lift. But she does need to be rediscovered. I think with all the new restaurants that have opened, people have forgotten how fabulous Lidia’s really is.”

The idea of aging stars reminded me of a quote by the still-gorgeous Sophia Loren, one I much prefer to Julia Child’s unflattering line about Italian cuisine. “Everything you see,” Sophia said, “I owe to spaghetti.”