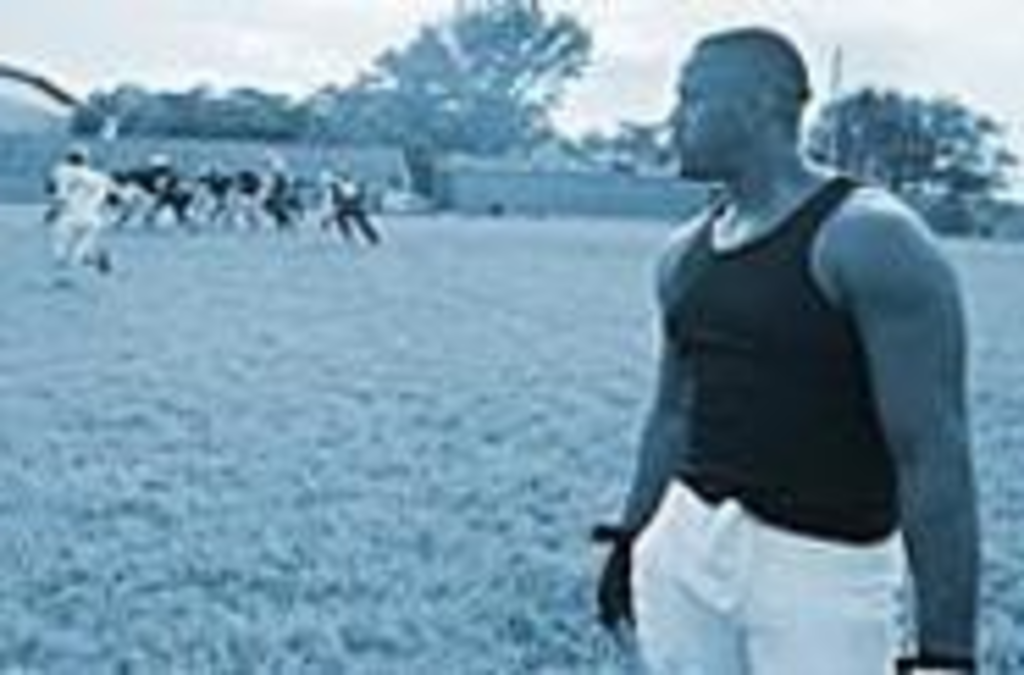 The NBA and NHL seasons have come to a close, and baseball now has the major sport spotlight all to itself. As the July sun heats up the pennant races of our national pastime, die-hard football fans begin to wonder whether the cool, crisp autumn Sundays will ever arrive.

Sure, NFL training camps open this month and exhibition games are right around the corner, but if you need a football fix and you need it now, there’s a new place in town to go to cure the pigskin blues: The North American Football League’s Kansas City Panthers open their home schedule July 22 at Rosedale Middle School in Kansas City, Kansas.

After an inaugural season in Smithville in 1998, the Panthers moved to the KC metro area last year to take advantage of the larger fan base, but this will be the first season the team has a field to call home.

“When we packed up and moved, we couldn’t get a field when we got here,” says team owner Jimmie Ross. “We just kept plugging at it and plugging at it. The guys played a 12-game season last year on the road and this year we’ve got a home field.”

And the Kansas City, Kansas, School District benefits from the arrangement as well.

“(Rosedale) is a middle school and it tends to get overlooked sometimes,” Ross explains. “There’s not a lot of money in the (Kansas City, Kansas) school district to fix up all the fields, so as part of our contract agreement we did some renovation work. It’s now a nice, nice facility.”

The NAFL definitely isn’t your typical football league. The rules are the same as the NFL, but the players do not earn a salary. In fact, they pay to play (an average of $500 per player).

“The guys really love the game; the league age limit is from 18 to 40, and every one of these guys loves to play.”

Of the 43 men on the Panthers’ roster, Ross says, there are 15 veterans plus a bunch of guys right out of college on the fringe of making bigger leagues.

A former NAFL player who got fed up with the system, Ross looked to change things when he founded the Panthers in 1997. He wanted to help the players build respect for themselves and others. “A lot of guys who come out and play this game work in regular jobs anyway and they get tired,” he says. “They work an eight-hour day and then come out here and give it their all…. I lowered the fees and have since done away with them completely.” Ross was able to do so by using sponsorships, fundraisers, or his own money to cover the fees paid to the league.

The 34-year-old St. Louis native played only one year of high school football and opted to attend the Kansas City Art Institute rather than pursue gridiron greatness. “I had two scholarships to play football…. I didn’t realize until late in high school that I was good enough to play, but my first love was the arts.” But he says he’s now able to combine his two lifelong passions. “I love what I do. I get to use my art skills to market the team and do all the graphics for the team,” says Ross, who also works as a chemical analyst at Procter & Gamble.

As for the on-field product, Ross is confident his team will put on a good show. One guy to watch is kicker John Ross. “He’s had a tryout with the Chiefs, and he’s improved a lot the past year. He’s been making 45- to 50-yard field goals…. I believe we’ll lose him (to a bigger league) after this season.”

The Panthers also cater to those die-hard football fans whose pocketbook can’t withstand the strain of a Chiefs game.

“It’s very cheap to come to one of our games ($30 for a season pass to six games, or $10 per game at the gate). A lot of people out there (who are) waiting in line for Chiefs season tickets or can’t get to a pro game can come here, see a good football game, and not be in the nosebleed section.”

Fifty teams make up the NAFL, and this year another KC minor league team, the Kansas City Jazz, entered the league after a six-year stay in the South Central Football League.

Despite the league’s growth, Ross says it’s still difficult to spread the word. “It’s getting better. Some states do better than others, but small towns do really well because they don’t have pro hockey or pro basketball or pro football. Here in KC, we’re doing a lot better the past couple months. More and more people are starting to take notice, and they like what they’re seeing.”

And the Panthers’ new 1,300-seat facility at Rosedale Middle School may wind up hosting a playoff contender this year. That means the club would have to either win its division or claim one of three wild card slots available in its league. “The league predicted that we’d win our division,” Ross says, “and I’m predicting we’ll do at least that good, but we’re talking about going all the way.”

The Panthers’ home opener is slated for July 22nd against the Iowa Lightning. The season runs through the end of September, and the playoffs start in October. For more information on the Panthers, dial them up on the Web at www.kc-panthers.com.