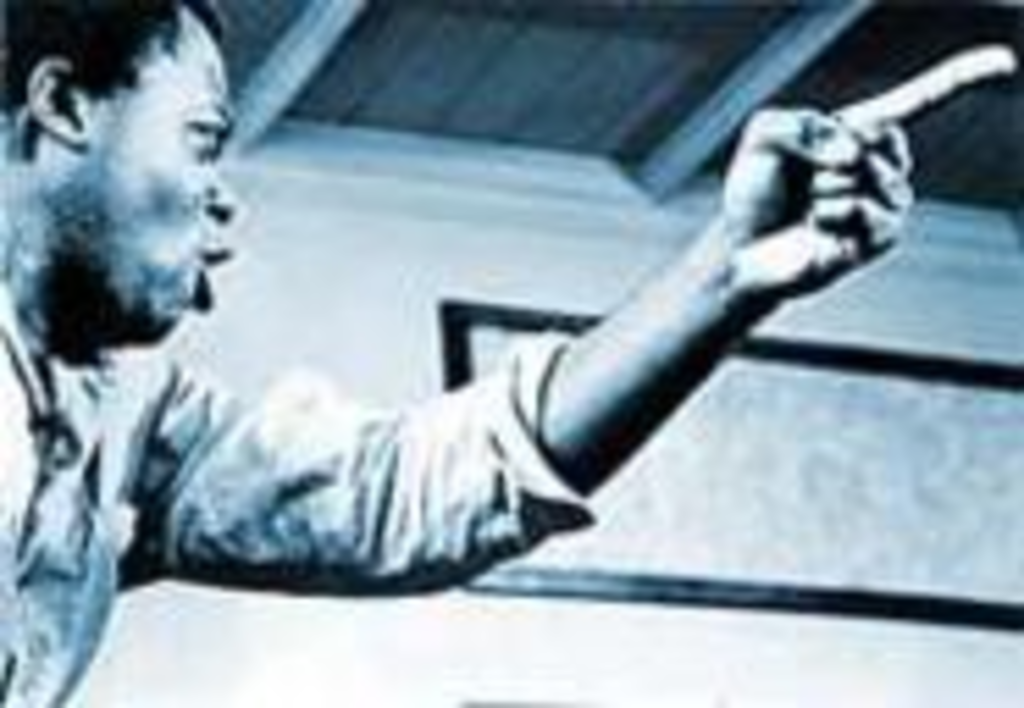 The era of modern African-American filmmaking did not begin in 1986 with Shelton “Spike” Lee and his groundbreaking film, She’s Gotta Have It. African-Americans have been making movies since the silent era. It is not widely known, because the history books have ignored their accomplishments, and most of their works were not preserved. The grandfather of black cinema, Oscar Micheaux, made more than 100 films but only about 20 percent of them are still available.

Black exploitation, or “blaxploitation,” are the terms used to describe a time of maverick filmmaking that captured the urban experience from 1970 to 1975. African-Americans used the momentum of the civil rights and Black Power movements, coupled with the frustration of the assassination of Martin Luther King Jr. and the ensuing riots, to invade Hollywood with a “Say it loud, I’m black and I’m proud” attitude.

This era of filmmaking is celebrated heavily but often misunderstood. The definition of “exploitation” — using another person or group for selfish purposes — doesn’t fit. The exact opposite was true. The term blaxploitation unjustly distorts the films’ intent, which had very little to do with exploitation and everything to do with “exploits,” brilliant or heroic deeds.

In the old Hollywood system, African-Americans were reduced to playing “mammy” and Step ‘n’ Fetchit characters. But with these new films, black actors and actresses graced the screen like never before, portraying detectives, FBI agents, revolutionary militants, staunch radicals, hustlers, and drug dealers. The lead characters all excelled in positions of power. They did for themselves and took no shit from whitey.

Hollywood was transformed to “Hollyhood” as blacks, with help from white folk (at that point in Hollywood there were too few blacks in the industry to populate film crews), wrote, directed, and produced films drenched with political empowerment, economic stability, and sexual freedom. The films, which were met with lukewarm reviews, represented a slice of the true essence of the black experience from the perspective of people whom the mainstream had largely ignored.

Approximately 50 films were made during this explosive era. Most were mediocre (Across 110th Street, Coffy, and Let’s Do It Again), and a few were just terrible rip-offs of the genre (Dr. Black, Mr. Hyde; Truck Turner; and Avenging Disco Godfather). However, several exemplified a new, audacious style of filmmaking (Shaft, Blacula, and Three the Hard Way) that left a lasting impact.

The themes and subject matter the films explored had never been seen on the silver screen. Many were violent and overtly sexual, and all focused on the tension between blacks and the Establishment — “the man.” At first glance, the pictures looked like a glorification of ghetto high jinks. In actuality, the central messages were anti-drug and anti-violence, and they often promoted black pride and empowerment. The images and ideology of these films are still copied and emulated today, particularly by such filmmakers as Quentin Tarantino and a grocery list of rappers.

The Fine Arts Theatre, in conjunction with the African-American Film Society, will revisit this period, showcasing nine films from this era with the Seventies Soul Cinema series. The collection will feature three to five films each day, running Friday, Feb. 11, through Thursday, March 2.

One of the standouts in the series is Melvin Van Peebles’ shockingly brilliant Sweet Sweetback’s Baadasssss Song, which started the black cinema renaissance that has been dubbed the blaxploitation era. The poetic film is an unflinching examination of a black man (Van Peebles) tormented by the ills of American society. He is on the run to Mexico after killing two cops for harassing a neighborhood militant. The production work is rugged and raw, and the story is confusing and flawed in spots, but the 1971 film earns points for being bold and courageous. The concept transcends the crude style of filmmaking by mugging audience members and leaving them lying on the street in the fetal position.

Other films in the series include Black Caesar, directed by Larry Cohen. It is the story of a small-time hood who climbs the ladder to be the head of a Harlem crime syndicate. The 1973 flick stars former Kansas City Chiefs defensive back William “The Hammer” Williamson. James Brown provides the music, though it’s a below-average soundtrack compared with others that came out of this era.

Bone (Housewife), also directed by Cohen, is probably the least-seen of the films selected for the series. The satirical 1972 flick is about a black man (Yaphet Kotto) who invades the home of an unhappy wealthy white couple in Beverly Hills (a la Down and Out in Beverly Hills). A series of bizarre events lead to an interesting, unpredictable conclusion.

Tamara Dobson, who easily could have been a supermodel, portrays a federal agent who battles an opium drug lord in Cleopatra Jones. The action thriller is part James Bond and part Bruce Lee. The 1973 film was directed by Jack Starrett and written by Max Julien, who portrayed the pimp Goldie in The Mack, one of the best and most successful films of the blaxploitation period.

One of the most underrated projects of the era, Cotton Comes to Harlem, was written and superbly directed by actor and noted civil rights activist Ossie Davis. The story is based on a Chester Himes novel and stays true to Himes’ unique style of mixing comedy and crime. The interaction of the story’s two detectives, likably played by Godfrey Cambridge and Raymond St. Jacques, are what make this search to recover $50 grand stuffed in bales of cotton so entertaining.

Comedian Rudy Ray Moore portrays Dolemite, a street hustler who operates with a band of gorgeous kung-fu fighting women. The 1975 flick is poorly acted and directed, but the gut-splitting ghetto humor makes this comedy, which is laced with social-political undertones that are shockingly relevant today, worth seeing.

Pam Grier, the most recognizable figure of the period, shot to stardom portraying Foxy Brown, who poses as a prostitute to avenge the deaths of her drug-dealer brother and undercover-cop boyfriend. The 1974 film, directed by Jack Hill, is a classic for showing a black woman celebrating her sexuality, taking charge, and kicking butt like never before.

More than any other movie of the period, Shaft represents most folks’ connection to the blaxploitation generation. The film is directed by Fort Scott, Kan., native Gordon Parks, who adds a stylish touch to the genre with nifty camerawork and an experimental artsy style. Shaft is a compelling story about a private detective hired to rescue a black gangster’s daughter from the mob. The 1971 effort is the only blaxploitation film to be recognized by the Academy Awards, which honored Isaac Hayes with a golden trophy for the theme song. Hayes’ soulful score also helped enhance the plot and redefined the art of composing for black flicks.

The most controversial of all the blaxploitation films is Superfly. The film was originally criticized, including a formal protest by the NAACP, for glorifying drug dealing and violence. In actuality, the lead character, portrayed by Ron O’Neal, wants out of the dope game, and the message is a positive statement about controlling one’s own destiny. The score and soundtrack, composed by Curtis Mayfield, is considered a masterpiece.

The blaxploitation-era films did not deliberately try to be controversial, they just reflected a street reality that had never before been seen by moviegoing audiences. The filmmakers were not independent rebels fighting the system — most of the films were backed by major studios — they just told it like it was with a new ghetto flavor.