On Tap: keeping warm with beer in the West Bottoms before maybe heading east 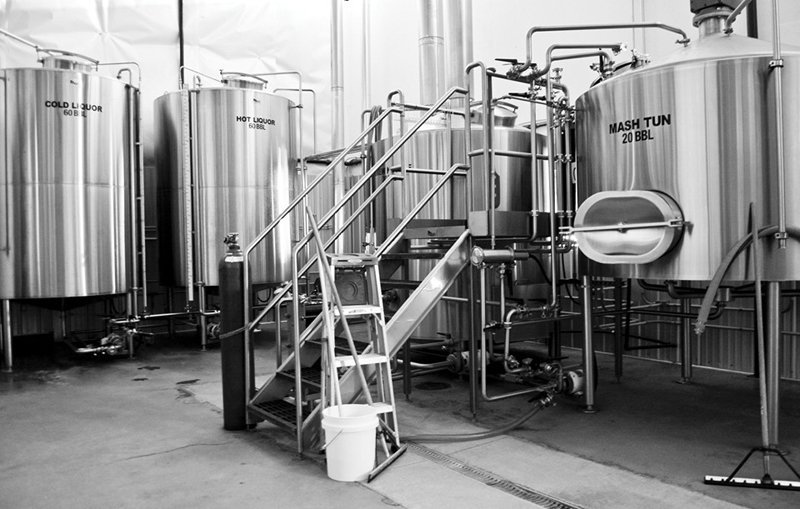 Pull on your coats: Stockyards Brewing Company (1600 Genessee, in the West Bottoms) is holding the Big Chill, a strong-ale and chili fest. From 1 to 5 p.m. Saturday, February 18, you’ll sample one or two strong ales from a host of regional breweries, accompanied by chili made with one of those brews. It’s an outdoor event, so you’ll be relying on beer and chili for warmth.

The event began when brewer Micah Weichert was at the now-closed 75th Street Brewery (today home to a Summit Grill); this year, he brings it to his new home at Stockyards. Tickets ($50) come with a tasting glass, unlimited samples and a beanie. There are just 200 tickets, so maybe get one and then pull on that coat.

Visit KC announced the Kansas City Tap Tour last week: a $5 guide book that gets you discounts at 11 area breweries ($2 off, buy one–get one) and the chance to win prizes or snag a T-shirt from Charlie Hustle. Convention bureaus in other cities have put together brewery guides to boost tourism. Omaha has a Craft Brewery Tour, as do Boulder, Colorado, and Bend, Oregon. Tell your out-of-state friends.

Boulevard has a new year-round release in cans. American Kolsch, a golden ale, is made with pale malt and pilsner malt, as well as Saaz and Saphir hops. It’s a clean beer with a crisp finish. Its predecessor originally debuted in the tasting room. (Drinkers may remember its previous iteration, Amerikan Kolsch, which took a spin through the Tasting Room sampler pack last year.) It arrived on tap Monday and in six-packs Tuesday.

Beers of the Future

Time flies when you’re drinking beer. KC Bier Company (310 West 79th Street) is celebrating its third anniversary from 11 a.m. to 11 p.m. February 11. Over the course of the day, 20 beers will get rotated through the taps. Right now, there’s a Doppel Alt on tap that’s dry-hopped; it delivers a strong malt backbone with a citrus nose and a slightly bitter finish.

Defiance Brewing of Hays, Kansas, has Moonta, an IPA, in the works for March.

If you’re heading in that direction, here’s one more idea worth hoping to see in Kansas City. The Sliced Pint (1511 Washington Avenue, St. Louis) unveiled a new plan for its taps earlier this month. The St. Louis pizza shop is working with local breweries to create a series of rotating one-off brews. The first, a pale ale scheduled for later in February, will be made by Alpha Brewing Co.

Crane Brewing Company is hitting the road, hosting a tap takeover at Harry’s Tavern (13657 Washington) that kicks off at 5 p.m. Harry’s Tavern is attached to Lukas Liquor. It’s a full bar with wine on tap and pub fare.

Not all tap lists are created equally. Green Room Burgers & Beer (4010 Pennsylvania), which celebrates its fifth anniversary today, is always a reminder of that tenet. It has a pair of new brews — a double saison and a cask stout — on offer starting at noon. You’ll also see a few guest taps of note, including Bell’s Hopslam and Perennial Sump.