On Location at True/False film festival 2021 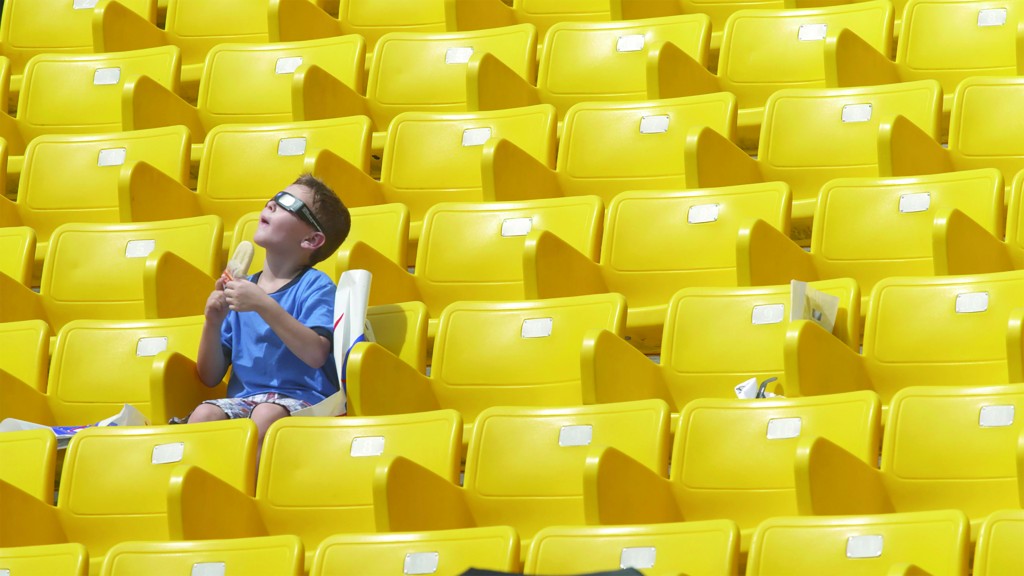 The True/False film festival has always been “different” than other fests. The quirky DIY aesthetic and “let’s put on a show” mentality, coupled with top-notch curation and an intimate, communal atmosphere is all refreshingly free of slick overproduction and inaccessibility. Typically held the first weekend of March, the Columbia, Missouri documentary festival gives artists and attendees four days of memorable art and jocular downtown bustle.

Given its can-do ethos, it makes sense that in a year when festivals like Sundance and SXSW migrated completely online, True/False decided to try something else. The planning team moved this year’s event from March to May, with a hybrid model that allowed for safe distancing and in-person involvement for masked and/or vaccinated folks at outdoor screenings in picturesque Stephens Lake Park, or an interactive online experience for those who couldn’t be there, but didn’t want to miss out.

Appropriately for a documentary fest, True/False’s annual themes and film selection often end up reflecting or sometimes presaging the moment we find ourselves living in, either intentionally or unintentionally. This year’s theme was “the nature of uncertainty,” a choice that both reflected the year we just got through and the weird liminal space we currently occupy. We’re all starting to shake off the cobwebs of COVID-19 isolation, only to realize that we’re still reckoning with the shock of what’s been lost, what’s been gained, and what now feels strange to do. For better or worse, this year’s festival carried that sense throughout, both in the featured documentaries and in the experience of being there.

During a typical True/False weekend, the air is thick with possibility. You never know who you’ll meet. One year the Chicago Tribune’s Michael Phillips almost killed my laptop when he spilled his soda at Uprise Bakery (he was very gracious about it). Another year, I ran into Nathan Fielder at Kaldi’s. As a volunteer in 2011, James Marsh, the Oscar-winning director of Man on Wire, asked me if I’d let him into a screening without his pass (I obliged, of course). 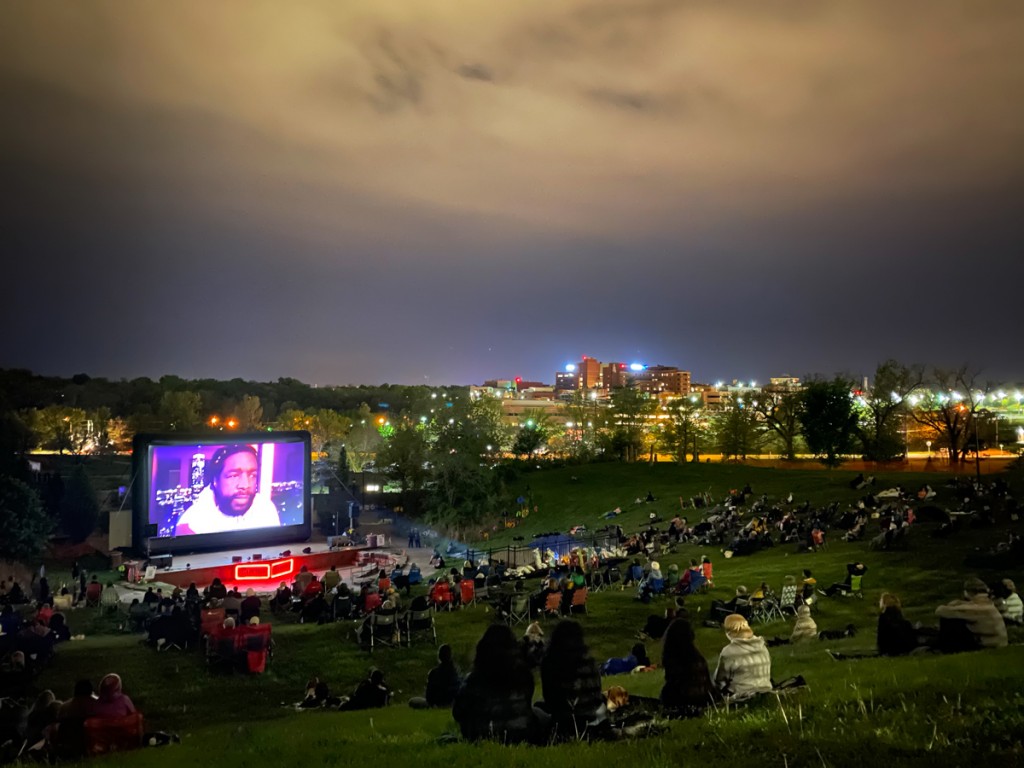 Questlove hosted a live Q&A after the film “Summer of Soul” was aired at the Showtime Documentary Films Amphitheater on Friday evening. // Photo by Amy Enderle

That atmosphere was still present this year, but in limited form. Most events happened at Stephens Lake Park, with concerts throughout the day and screenings at night. The concerts were impressively varied; you could catch regional acts like Kansas City’s own Shy Boys and St. Louis’ Blvck Spvde alongside indie headliners like Parquet Courts frontman Andrew Savage, who was there in a solo capacity. On Saturday morning, filmmakers and film industry folks engaged in a friendly kickball competition in front of enthusiastic spectators, cheering in spite of the rain. By and large, though, the sense of spontaneity was missing. It turns out that good public health measures, while reasonable and important, require advance planning that decreases the likelihood of exciting chance encounters.

Questions of processing our strange new present in light of the recent past also permeated the film selection. True/False alum Theo Anthony, who showed his Rat Film at the 2017 festival returned this year with All Light, Everywhere, a multi-faceted exploration of perception, surveillance, and the myth of objectivity. Anthony, a Baltimore resident, couches his meandering philosophical study in the use of body cameras and the rise of surveillance techniques as crime prevention in the wake of the 2015 killing of Freddie Gray by Baltimore police.

Anthony’s interest in the act of seeing travels down a series of fascinating rabbit holes, which include attempts by astronomers to capture the transit of Venus in the late nineteenth century, and advancements in photography that helped create both modern profiling and drone surveillance techniques. He also takes us into the headquarters of Axos, the company that created the taser, and which currently produces the majority of body cameras used in police departments.

As All Light, Everywhere digs into the overlapping history of science, photography, and criminal profiling, some troubling patterns emerge, best summed up by nineteenth-century French criminologist Alphonse Bertillon, who Anthony features: “One can only see what one observes, one observes only things which are already in the mind.” Anthony shows the flaws evident in the use of police body cameras, and the ways our individual biases distort what we see in such a way that objective truth becomes impossible to discern. The film occasionally deviates from the main subject in ways that don’t quite connect, but Anthony’s thesis and curiosity are consistently fascinating.

Reacting a rapidly changing world in real-time is the central theme of Peter Nicks’ Homeroom, which follows the Oakland High School graduating class of 2020 starting on the first day of school in 2019 and ending with their graduation in June the following year. Homeroom is the concluding chapter in Nicks’ trilogy of well-regarded documentaries on aspects of civic life and social issues in Oakland, which began with 2012’s hospital documentary Waiting Room and continued with 2017’s The Force, Nicks’ examination of the city’s troubled police department. All three films will be available on Hulu when Homeroom premieres on the platform later this summer. 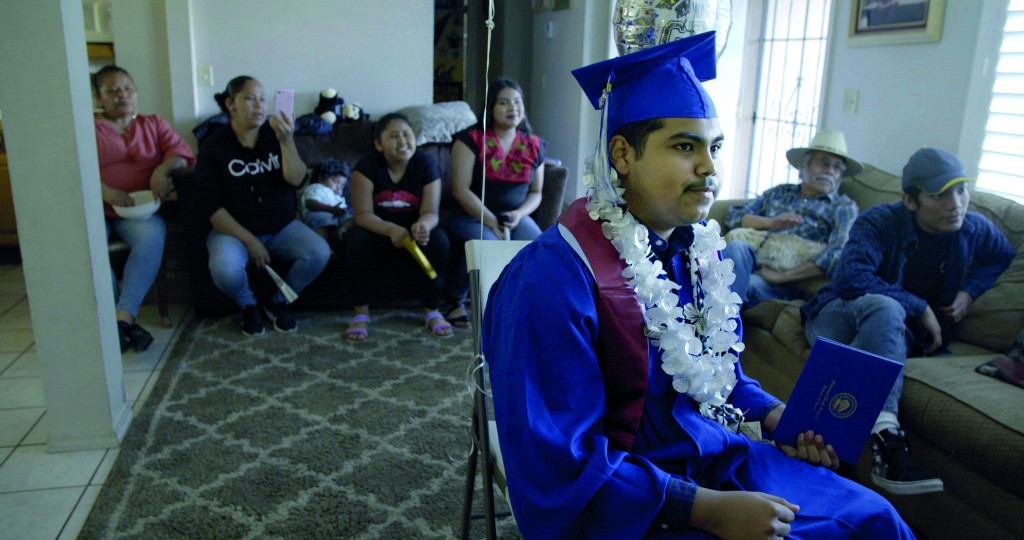 For Homeroom, Nicks embeds himself with a group of socially engaged students at Oakland High School, which is predominantly attended by students of color. Denilson Garibo, a child of undocumented parents, heads up a diverse student coalition that sits on the district’s board and weighs in on decisions that impact their education. When the film starts, their main interest is reducing police presence at their school. That issue takes on additional urgency the following summer, as Garibo and his classmates react to the killing of George Floyd.

Homeroom’s other big factor is, of course, the pandemic, which hits at almost exactly the movie’s halfway point. Nicks does an excellent job of establishing the pre-existing stakes for these students ahead of time—elements like SAT scores, college applications, and scholarships—so that when COVID disrupts their lives, the reality of the challenges they’re facing is clear, and creates significant dramatic tension. Most of these kids come from low-income families. Several of them don’t have access to working internet at home.

Homeroom presents a microcosm of what teenagers in underserved communities across the country had to deal with in the last year. Seeing these kids persevere and continue to actively improve their community in the face of massively dispiriting circumstances is hopeful and inspiring. Much like Boys State’s Steven Garza, I expect we’ll be seeing great things from Garibo in a few years’ time. 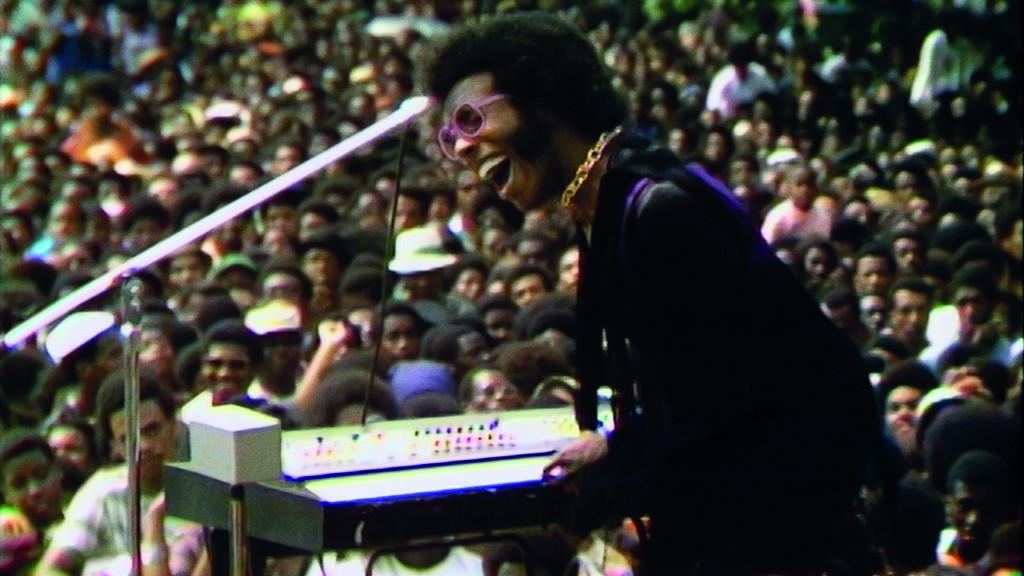 A still from Summer Of Soul (Or, When The Revolution Could Not Be Televised) by Ahmir “Questlove” Thompson, an official selection of the U.S. Documentary Competition at the 2021 Sundance Film Festival. Courtesy of Sundance Institute | photo by Mass Distraction Media.

My final experience of the festival was Ahmir “Questlove” Thompson’s Summer of Soul (…Or, When the Revolution Could Not Be Televised), which took the themes of the festival in a different direction. There’s been plenty of discussion in recent years about the importance of depicting Black joy, and not just suffering, in film and TV, as well as taking a more expansive look at Black history as a whole. Summer of Soul does both, unearthing incredible concert footage of 1969’s Harlem Cultural Festival, a concert series that boasted big names and hundreds of attendees. After the fact, it was all but erased from public consciousness—to the point where some who were there began to question whether it happened at all.

The best concert documentaries give you a specific look into a time and place, in addition to capturing great performances. A particularly great example of this is the long-lost Aretha Franklin concert film Amazing Grace, which showed at True/False two years ago. In Summer of Soul, the incredibly detailed footage of the Harlem Cultural Festival concerts gives us a tour of late-60s fashion (Jesse Jackson leads a Sunday service wearing an ascot and a fabulous leather vest) as well as a massive crowd of distinct personalities in the audience. Everyone there is interesting to look at, and every face looks like it could produce a novel’s worth of backstory. 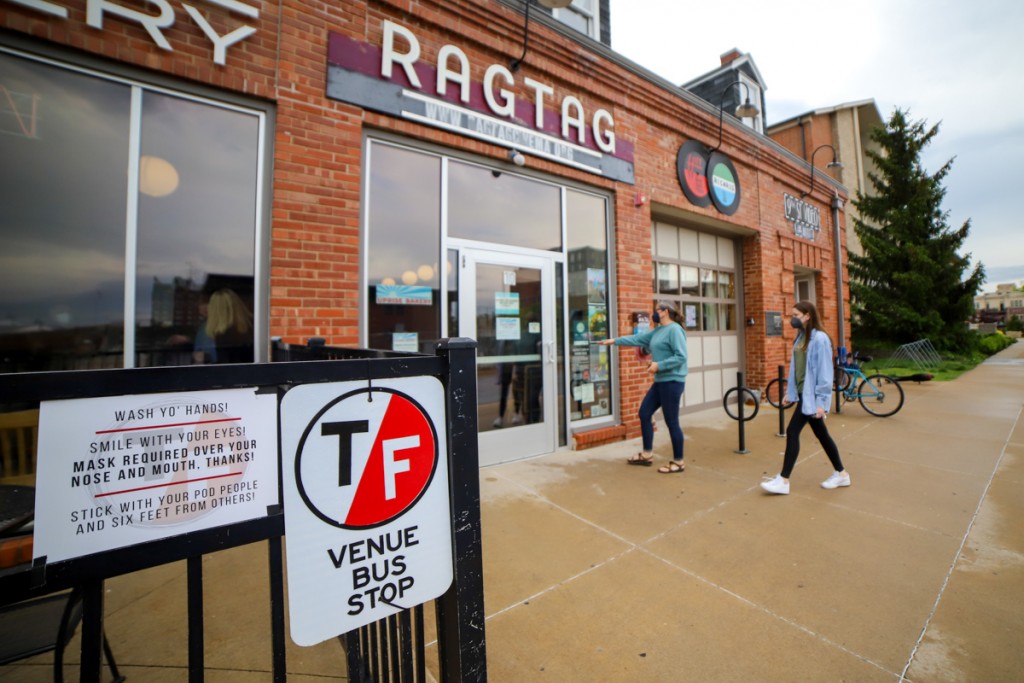 Ragtag hosts a private screening of “From the Wild Sea” for Super Circle passholders on Saturday, May 8, 2021 . // Photo by Frank Finley

Summer of Soul was a fitting closer for the joy and hope it generated; it was also the only movie I saw in an indoor setting, the Ragtag, the festival’s flagship location. Waiting in line for the film I made friends with a sweet older couple. We talked about music, classic comedy records, and what other movies I’d seen that weekend. It was the first time the festival felt like it does in a normal year—buoyed by a movie that celebrated the same kind of large-scale communal experience, where strangers become friends and art unites us all. We’ve still got a long way to go before we’re “back to normal,” but there are small moments now where it feels, as they say, like nature is healing. This was one of them.