On International Transgender Day of Visibility, how can Kansas Citians be allies? 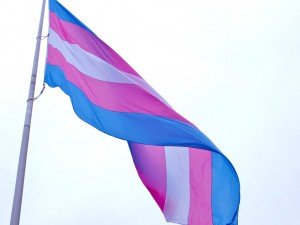 Today is International Transgender Day of Visibility, a day dedicated to honoring and empowering the lives of those who are transgender and nonbinary.

As transgender and gender-nonconforming people face risks every day this holiday emphasizes the importance of transgender advocacy and representation worldwide.

The transgender community has been threatened under Kansasn and Missourian lawmakers. Rep. Suzie Pollock introduced a bill that would take away doctors’ licenses who prescribe puberty blocking hormones or medications for minors.

The Kansas “Fairness in Women and Sports Act” bill that has moved on to a House vote specifies that K-12 and collegiate girls and women would only be able to play girls sports if they are biologically female. As a result, this would be barring transgender women and girls from school sports.

You may be wondering how you can help. If you don’t know where to start, CNN recommends educating yourself on proper terminology, such as the difference between sexual orientation and gender identity. Normalizing sharing pronouns is also important because one’s pronouns should never be assumed.

Local organizations such as the Kansas City PRIDE Community Alliance need volunteers to provide advocacy, social activities, support, and educational opportunities for the LGBTQ+ community. The volunteer form can be found here.

We can also empower trans and nonbinary voices by seeking out authentic stories and media by transgender creatives,

Today is the #TransDayofVisability. Our purpose is simple: to help trans creators bring finished films to audiences around the world. If you want to support that mission, make a donation today. Help us #TRANSformFilm on the #TDOVhttps://t.co/tOH7ik8JcN pic.twitter.com/ZlbjEFWvcn

Zoey Shopmaker, Mazzy Mann, and Lorelei Kretsinger founded record label UN/TUCK out of a need for music venues where queer and trans people could feel safe showcasing their art.

Last but not least, reach out to your representatives about discriminatory bills and continue educating yourself because even though some transgender and nonbinary people may be happy to share their experiences, allies should not always assume this is the case.