On his Thrill Jockey debut, Matt Hill of Umberto leaves the horror show behind 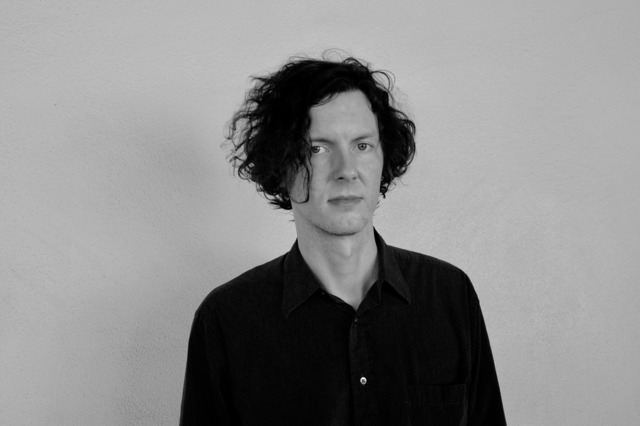 Under the moniker Umberto, former Kansas Citian Matt Hill has, over the course of four full-length LPs and numerous singles, made music that could accurately be described as soundtracks to horror films that exist only in Hill’s mind. (He’s also done actual film scores.) Hill lit out for Los Angeles in 2013, a few years after the Umberto project started. The thinking was fairly straightforward: If he was making things that sounded like movie soundtracks, it made sense to live in the place where movies are created.

“That was the main reason: film scoring,” Hill says by phone from Los Angeles. “It’s really been helpful. Just moving here, it helps a lot more, getting film stuff. Just being here, you can go into meetings. People want to meet.”

Lately, though, the whole horror-synthesizer thing has been wearing thin.

“It’s not interesting to me anymore,” Hill says of the horror sound. “I don’t want to be stuck being known just for that. I don’t know why anybody would want to keep doing the same stuff over and over again.”

Umberto’s latest album, Helpless Spectator, arrives July 12 via the venerable Chicago indie label Thrill Jockey. As Hill says, the record is a departure from the horror-inspired, beat-driven, synthesizer-focused LPs of his early years, released on labels like Not Not Fun and Death Waltz Recording Co. Thrill Jockey seems to represent the beginning of a new chapter in the story. It’s more acoustic and naturalist, featuring piano, strings, and pedal steel. Listening to these atmospheric soundscapes, you can hear why the same people who championed Tortoise might cotton to this version of Umberto.

Hill hasn’t completely discarded his old aesthetic; he still keeps a toe in the world of horror. He appeared on Fangoria’s Hollydoom compilation this year and on last year’s They Came from Rue Morgue sampler. Hill also scored the recent horror film Portraits, along with “All That We Destroy,” part of Hulu’s Into the Dark anthology series.

“I still like all that stuff,” Hill says of the horror films from the Seventies and Eighties that inspired his early records. “But you can only keep doing that for so long.”