On Election Day, Missouri Republicans dominate up and down the ballot 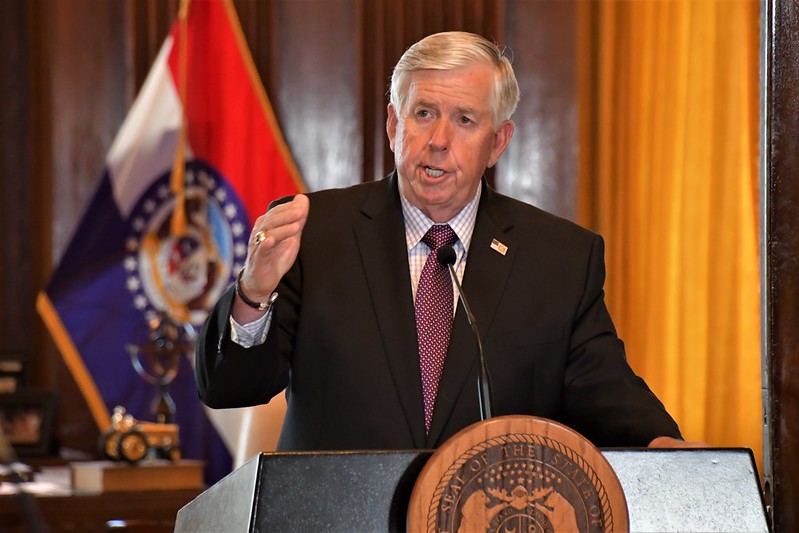 Missouri Gov. Mike Parson speaks to the media from his office in the state Capitol. // Courtesy of Missouri Governor’s Office

Missouri is a red state.

If there was any doubt about that at all, Republicans put it to rest Tuesday night.

Not only did Missouri Gov. Mike Parson and his fellow GOP statewide officeholders run the table, they did it by each winning nearly 60 percent of the vote. And U.S. Rep. Ann Wagner survived an onslaught of Democratic spending to hold her suburban St. Louis district for Republicans.

Democrats flipped only one legislative seat, leaving the GOP supermajority intact in the House and Senate. And perhaps sweetest of all for Missouri Republicans — voters repealed a redistricting process they’d enacted just two years ago that was widely expected to result in much more competitive legislative districts.

As the state grapples with a pandemic showing no signs of abating and an economy that remains on shaky ground, Democrats felt they had the wind at their backs.

Instead, voters turned out in historic numbers to give Republicans a lock on control of state government.

“This election was about preserving freedom, capitalism and the rule of law,” Parson told his supporters at his victory party in Springfield Tuesday night.

For Democrats, the way forward is unclear.

As the Democrats’ only statewide officeholder, state Auditor Nicole Galloway was the obvious flag bearer for her party coming into 2020. But she lost by 17 percentage points to Parson in the race for governor Tuesday night, and she’s up for re-election in two years.

Missouri will also have a U.S. Senate race in 2022, when Republican Sen. Roy Blunt is up for re-election. Who will the Democrats run in that race? The party’s bench has been so depleted by years of losses that the answer to that question is unclear.

For Republicans, they not only managed to stave off Democratic gains, they also avoided a redistricting process that would have increased Democrats’ chances of cutting into their legislative majorities.

In Jackson County, the party even managed to hold on to a House seat after the GOP candidate was accused by his children of physical and sexual abuse.

Parson became governor following the resignation of Eric Greitens in 2018. So while he didn’t win a first term as governor, this is the first time since 1988 that Republicans have held the governor’s office in consecutive terms.

“Mike Parson won,” he said, “because he’s more reflective of Missouri politics at the moment.”

'The fight has to change': Why Ferguson activists ditched police reform