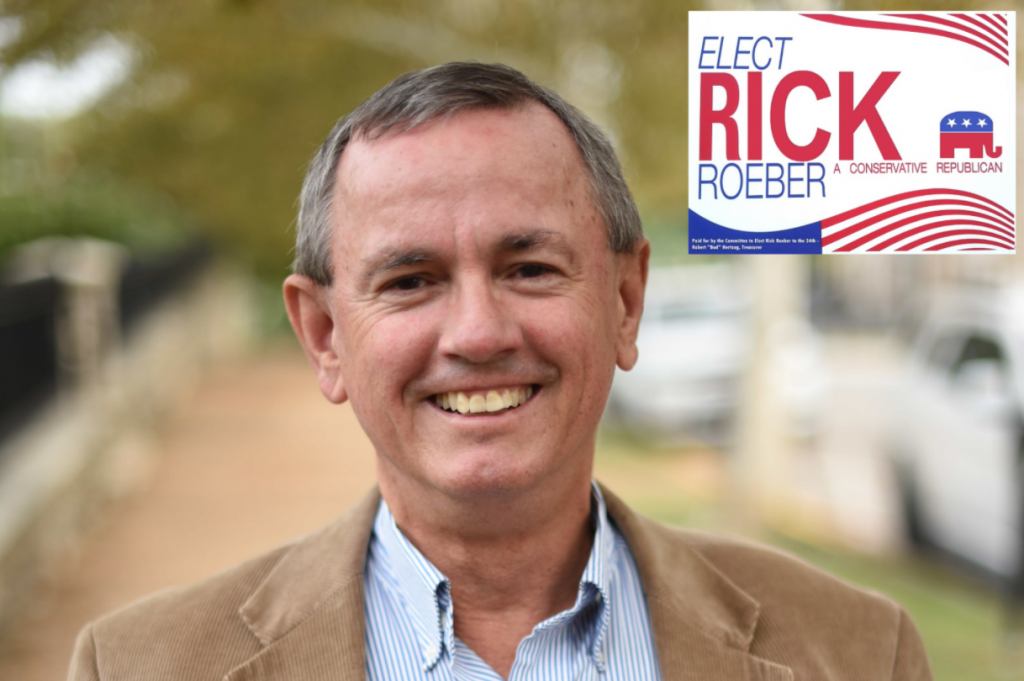 [UPDATE 12.14.20: Rick Roeber won his election, but has been denied a position within the Missouri Republican caucus. After being sworn in, the House Ethics Committee will investigate him. At the conclusion of that, he might be expelled via vote by his Republican peers. Or, he might be denied the ability to serve on any committees or to present bills, rendering his time in office basically pointless. It’s a pick shocking that Roeber’s accusations were troubling to his Republican colleagues far more than they were troubling to Republican voters. Read more here.]

Two adult children of Rick Roeber, a candidate for the 34th District House seat in Missouri, say he abused them when they were young, according to the Kansas City Star.

Roeber has denied all allegations of abuse, but Anastasia and Samson Roeber shared instances of abuse with The Star. It’s understood that their memories are clear and consistent with each other, as the claims were examined in a sworn deposition nearly two decades ago.

“He made me place my hand on his genitals,” Anastasia said of the 1990 incident in Roeber’s home. “I just froze.” Some time later, Roeber asked his daughter “if he could touch me,” she said.

Samson said he suffered physical abuse from Rick as a child. He told The Star that he wasn’t sexually molested, but that “my father’s always been physically abusive” and that he’s always had a temper.

The Star’s editorial board reports that a third sibling, Gabrielle Galeano, says she was aware of the alleged abuse while living with Anastasia, Samson, and another sibling. That fourth sibling later claimed sexual maltreatment from Roeber, an allegation investigated by the state of Missouri.

The district Roeber is running for includes Lee’s Summit, which is where Anastasia is from. He’s looking to replace his second wife, Rebecca, who held the seat from 2015 until her death in 2019.

Michelle Keller, Roeber’s ex-wife, gave a sworn deposition in 2003 during a dispute with him. She testified that Anastasia was molested in 1990, but didn’t tell her until 1993. Anastasia also confirmed the testimony.

“He said, ‘You can’t tell anyone, I’ll go to jail, and the whole family will be in trouble,’” she told The Star Editorial Board.

The Star asked Roeber if he had given a sworn deposition in connection with the allegations. He did not respond.

Roeber and Keller separated in 1990 and eventually divorced in October 1992. The alleged abuse took place during scheduled visitations, the children say.

“He beat the shit out of us all the time,” Samson said. “Also, (he would) hold us by our necks and hold us against the wall.”

The fourth sibling, who didn’t agree to speak to The Star on the record, also claimed sexual abuse by Roeber. The Jackson County office of the Division of Family Services found probable cause that “sexual maltreatment” of the child had occurred in 2001.

Missouri’s Child Abuse and Neglect Review Board overturned the finding two years later. The basis for the decision is not clear from the available record.

Roeber is also known as The Barefoot Runner; a brand identity he created around a mix of Christian proselytizing and completing marathons without shoes. His website lists him as an ordained minister and an associate pastor at Abundant Life Church in Lee’s Summit Missouri.

His campaign for Missouri House District 34 has been endorsed by the Missouri Right to Life PAC.

An endorsement from Missouri Right to Life PAC for Roeber. // Photo via Committee to Elect Rick Roeber to the 34th social media