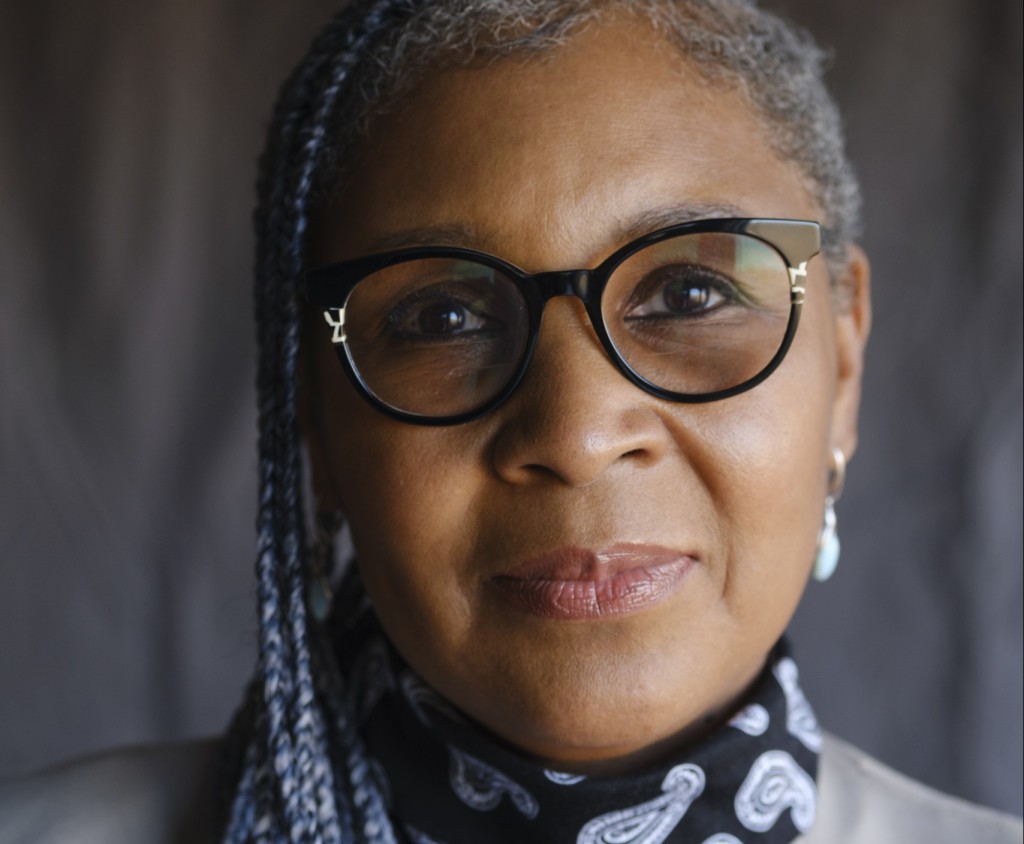 Local playwright Olivia Hill has switched gears for her latest venture. Her new memoir Travel North Black Girl came out at the end of May. The story switches back and forth between her Kansas City childhood and her move to a small village in Alaska as a newly-married young woman.

“I know the reason I’ve chosen to put everything into this book is I think we need to hear ordinary people’s stories. I’ve never meant that more than I mean it now,” she says.

The transition from playwriting to recounting her own life story was harder than she thought it would be.

“This was not an easy task. It’s sort of like having a baby. You don’t know what you’re getting until after you’ve done it,” Hill says.

She has incorporated her experiences into various characters over the years, but this is the first time Hill has told her story as her own.

“It’s a lot easier to create a character with similarities and pull on those things from yourself, especially if it’s traumatic or difficult. It gives you the distance to protect yourself and be able to share those things,” Hill says.

Her story is full of difficult memories, including various types of abuse.

“The human experience can be painful, can be traumatic. It can be a lot of things, but we can overcome those things. But we gotta share. Share with your kids, share with your grandkids if you don’t write a book. Good or bad, tell the full story, and we will see ourselves more similar than different,” Hill says.

Hill’s story starts with the journey north from Kansas City to Alaska in the early 1980s and follows the difficulties of not knowing the culture and living in poverty. She sees the experience as one of healing.

“Leaving Kansas City and a lot of issues that I grew up with being in the Troost corridor— isolation, race and micro issues of race, lack of funding and education, having poor education, having people living every day in generations of trauma,” Hill says. “I was caught up in that environment.”

For her, breaking the cycle meant traveling thousands of miles north.

“Going to Alaska, I had no preconception of that was going to be like whatsoever. … I was very naïve. I was 22. I had never gone anywhere far from my home. Growing up in that Troost corridor, I didn’t really leave my neighborhood,” Hill says.

After moving to the Alaskan bush, she realized she had traded one type of isolation for another.

“I was in a small village where there was one single phone for everyone in that village. There were no grocery stores. … That kind of isolation was a blessing in many ways for me early on. … It demystified for me that all people are not exactly the same. You have to meet them where they are in their culture,” Hill says.

“In that land, it can get very cold. I’ve been through 65 below temperatures, and it teaches you to take care of yourself. That land, that place, all that it has to offer, the abundance of food and beauty—it teaches you you’re responsible for taking care of yourself, because if you don’t, you can freeze to death. If you don’t you can be injured, and you can die. You have to pay attention,” Hill says. “Being in the inner city can teach you some of those same things but in a different way.”

In the story, she goes by LaVern, the name she had at the time, but she later changed it to Olivia to honor her grandfather Oliver.

Although the book only discusses her first year living in Alaska, Hill stayed there for many years, earning a degree from the University of Alaska Fairbanks. That’s where she found her way into theater and storytelling.

The Mid-Continent Public Library’s imprint, Woodneath Press, published the book, a move that was important to Hill. She had participated in the Woodneath Library’s programming for storytellers and writers and attended some of their publishing workshops.

“It made a huge difference in how I saw publishing, even though I had published some short stories. … One of the things I loved was their approach, the concept of a library wanting to publish good literature for local people,” Hill says.

She liked working with the staff there and appreciated their drive to share the stories of ordinary people.

The book is available at BLK + BRWN, Green Door Bookstore, Wise Blood Booksellers and on Amazon.