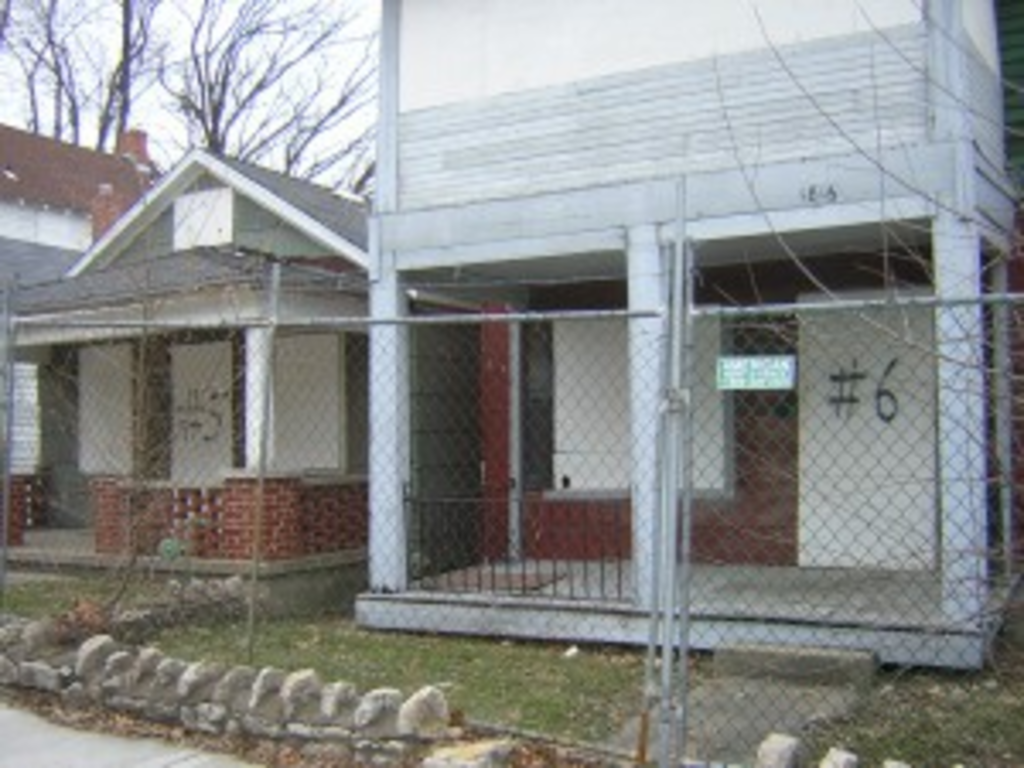 Visitors to the Mutual Musicians Foundation can see the struggle it’s been to rejuvenate 18th and Vine. Across the street from the foundation (this week’s feature subject), six historic homes hide behind a metal fence and plywood.

The homes on the 1800 block of Highland Avenue were reportedly built between 1885 and 1915. In 2002, the late Jane Flynn took representatives from National Trust for Historic Preservation to see their deteriorating condition. Flynn, a past president of the Historic Kansas City Foundation, used to threaten to have 18th and Vine removed from the National Register of Historic Places because so much of the district’s architecture was lost or neglected.

In 2002, the Jazz District Redevelopment Corporation owned three of the homes. Today the agency, which oversees development in the district, owns all six.

Efforts were made to protect the houses from vagrants and the elements, which mollified Flynn. (She died in 2006.) At the same time, they remain a long way from being fit enough to inhabit.