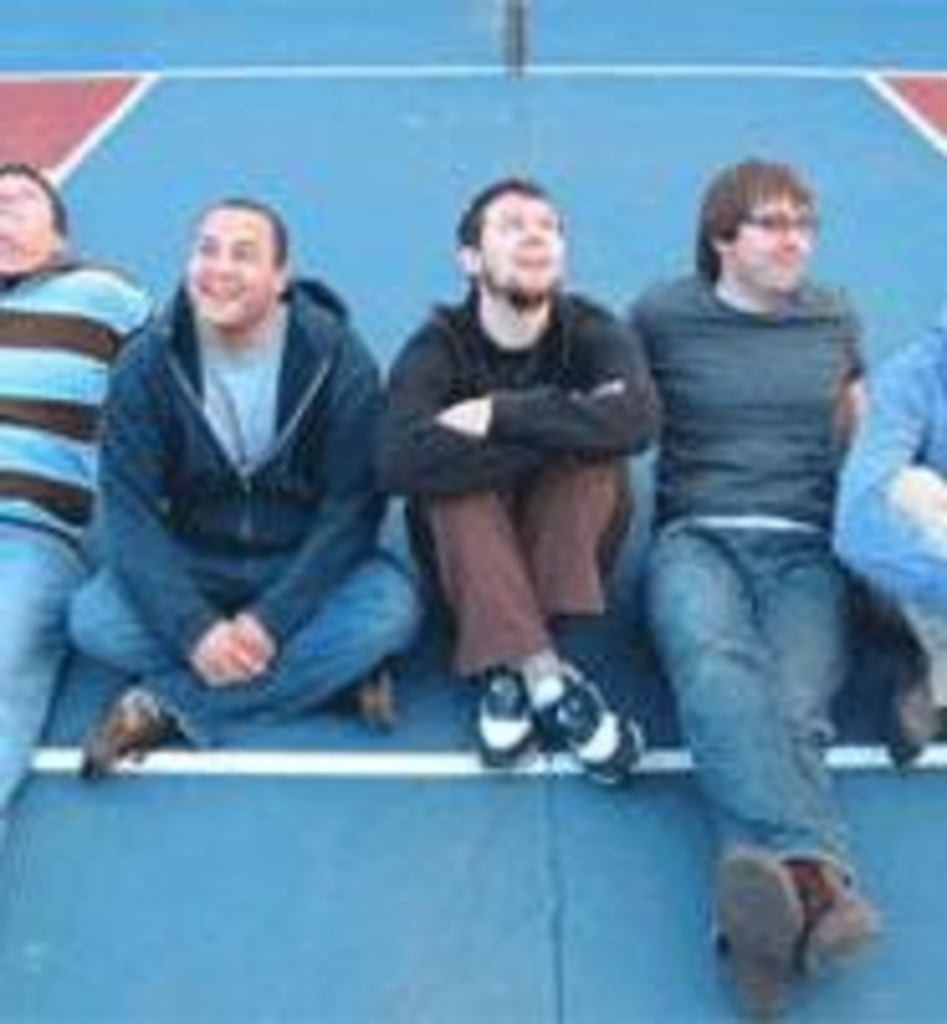 Richard Gintowt is honest about the chances of catching another show by OK Jones — he says his group’s upcoming gig at the Replay “could be the last show under that name.” In fact, Lawrence may be seeing a lot less of Gintowt and company in the coming weeks: OK Jones, purveyors of a unique blend of alt-country twang and shimmering indie rock, has officially relocated to midtown Kansas City. For fans, this means one thing for sure — more music. “It will help make music more central to my life,” Gintowt says about the move. But it’ll be generated by a pared-down lineup and probably under a new handle.

In July, Gintowt decided to quit his job writing music stories for Lawrence.com in order to focus on music. “This move feels good,” he says. “It’s working.” His professional-music agenda: “Three rehearsals each week, more development of our music, feel out the Kansas City music scene — it’s going to be fun.”

But it won’t be the same OK Jones.

Like any young band in the process of honing its sound, the first albums from OK Jones show a transformation from emulator to music maker. On the group’s third and most recent record, Push/Pull, Gintowt’s husky voice coalesces with guitarist and pedal-steel player Jeff Jackson’s sound into catchy, harmony-laden melodies. It’s good alt-country, but now it, too, is in the past.

Gintowt recently record four songs while living in a cramped apartment — and they aren’t about dirt roads and roadside dives. “I couldn’t make much noise up there, so I used the Expert Logic to make these inherently cheap, charming sounds.”

For the unknowing masses, Expert Logic, which is the name of the album, is also the model name of the used, child-sized Casio keyboard on which Gintowt wrote and recorded all four numbers. Tight, rhythmically surprising tunes such as “Jennifer the Ghost” define the collection. Each song comes across as playful without being cute, inviting without drifting into cliché.

Gintowt’s KC move heralds other changes. For one thing, the old lineup won’t necessarily show up to those three-times-a-week rehearsals. “Brett [Gerstenberger] and Jeff [Jackson] are moving, doing other things,” Gintowt says. The parting was amicable, but Gintowt hardly feels like calling the band OK Jones, given the departure of two key members.

“We’ll miss those guys, but I’m really excited about developing this new lineup into a solid trio,” he says.

With fewer schedules to juggle and a sense of promising group chemistry, Gintowt says that he hopes the trio will tour widely, making pop music in the vein of the Long Winters and Field Music. “We want to streamline the sound, and we want to boost the level of musicianship in each piece, which will require more multi-tasking on the part of each player,” he says.

All of this is representative of the complexity and commitment Gintowt embraces these days. As he asked in Push/Pull‘s “Besides Fall in Love,” What do you want to do with your life?

If quitting his day job to make music is any indication, Gintowt has answered his own question.