Oh Land: You have to focus on who you are and what you’re good at 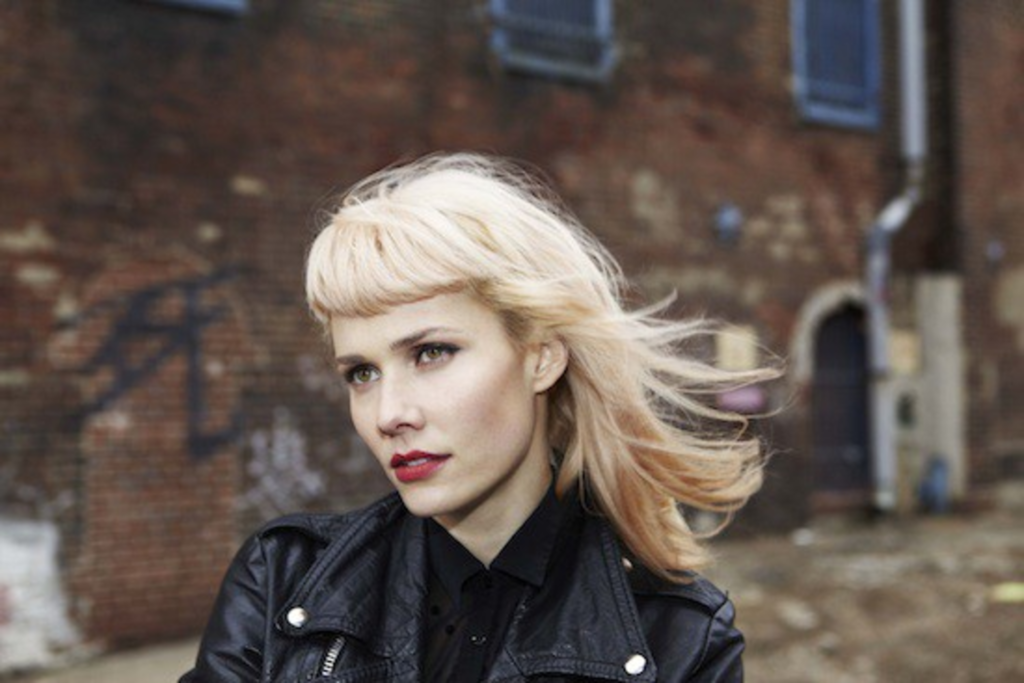 Oh Land (the stage name of Danish transplant Nanna Øland Fabricius) is back on tour, following the September release of her new album, Wish Bone. And this time, she’s bringing her distinct brand of dreamy electro-pop and high fashion flair to the Midwest.

The 28-year-old Fabricius collaborated with a host of big names on her latest, from TV on the Radio’s Dave Sitek to Aussie chanteuse Sia. The Pitch caught up with Oh Land by phone in advance of her Sunday show at the Granada in Lawrence.

The Pitch: I read that a lot of Wish Bone was recorded on vintage analog equipment. What drew you to that over digital?

Fabricius: It’s just more soul, I think. You can hear that it’s played by humans, and it doesn’t become cold and distanced. It has another presence, I think, when it’s analog, and you can hear the warmth of the instruments.

TV on the Radio’s Dave Sitek produced this album. How did that collaboration impact the sound?

He’s really an amazing producer. The first night we met, we wrote two songs together. He helped me accomplish my wish, to make the sound more minimal and not have too many instruments and to have fewer elements that were bigger and stronger and slightly more aggressive.

Wish Bone seems to isolate your vocals a little more, moving away from the lush strings of Fauna and Oh Land. What inspired that change?

I definitely wanted my voice a little more in the foreground, and to have it be about songwriting, I’m really happy with the songs I wrote and I didn’t want to hide them behind lots of beautiful layers. I wanted them to really stand in the foreground of the music.

“Renaissance Girls” seems like a critique of unrealistic expectations of women. The lyric “Having three kids and still remain a virgin,” for example. Was that record inspired by your own experience or frustration with those expectations?

Yeah, definitely. It was mostly inspired by my own expectations of myself, and how I constantly am beating myself up about not doing things good enough. I often feel like people around you are way happier and way more proud of you than you think you deserve, and I think a lot of girls feel like they have to live up to so many different things, and sometimes you just have to adjust your expectations and focus on who you are and what you’re good at, and not try to be everything at once.

Songs like “My Boxer” seem to have a hip-hop influence. Is that a sound you’re interested in exploring further?

Some of the first albums I bought were Tricky and Eminem and Tupac. I listened to a lot of hip-hop when I was younger, and I think it’s made its way back somehow. Hip-hop is the ultimate dance music. You want to move when you hear those beats. I’m a dancer, so it’s very important to me that I can move to the music.

Your live performances are known for being visually stunning. Any hint at what we can expect from your show at the Granada this Sunday?

I think I was more about the show when I was younger, and now, on this album, I really wanted it to be only about the music. I play with incredibly talented musicians; there’s no limit to what kind of sounds they can pull out of their instruments, so the focus is really on that. But I will probably wear something kind of funny. And I like to dance a lot, and that’s a very visual language. But there won’t be any elephants or fire dancers.

Oh Land will be performing at the Granada on Sunday, October 6. Ticket info here.