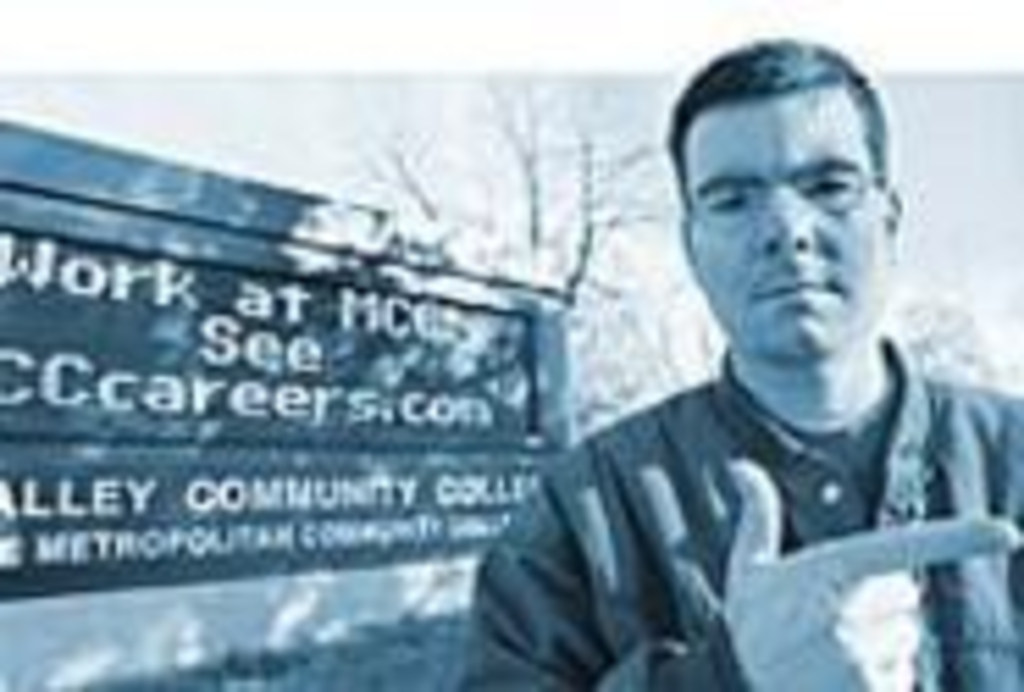 Like gifts stashed under a tree, newly purchased street lamps wrapped in cardboard lay in the grass for several days at Penn Valley Community College. Soon they will be up and burning brightly as plans to improve security on campus continue unfolding. Those improvements — including the addition of surveillance cameras — might not be enough, however, says a Penn Valley security guard whose impassioned pleas to make the school safer resulted in his firing.

On October 30, a Concorde Career Institute student was assaulted at the Penn Valley parking garage at 3230 Broadway. The student told police she had parked her car at about 2:40 p.m. when a man shoved a pistol to her head, telling her, “Get back in your car.” The woman screamed and ran, and the gunman jumped into a car driven by another man. An hour later, a UMKC student was abducted in her car at gunpoint by a man in the garage near 50th and Oak streets; he drove her to an area near 40th and Broadway, where he sexually assaulted her. Later that night, a gunman driving the UMKC student’s car robbed a KFC restaurant. Kansas City police have said they believe the attacks at Penn Valley and UMKC are connected, though they haven’t found any suspects.

Mike Wead (pronounced “Wade”), who was employed in Penn Valley’s security department, says only one guard was on duty at the time. And on November 14, he sent out a campuswide e-mail bemoaning staffing problems and policies associated with the school’s security force, and he suggested that the assault could have been prevented had more guards been on duty.

Sending off alarm bells via e-mail apparently didn’t impress school officials. Three days after the e-mail went out, Wead requested a transfer to the school’s information desk; he was feeling the administration’s heat. On December 5, a week after he started working in his new position, Wead was terminated.

School officials say Wead “jumped the gun” in criticizing the school’s security efforts. But they also say Wead, 36, whose credentials include working as a licensed private detective in Missouri and Kansas, is relatively on target: Penn Valley’s security force remains understaffed.

Mike MacMahon, Penn Valley’s security manager, says he has only five security workers, down from the normal load of eight. Wead says eight still is not enough.

“The issue of how many folks do we have is important,” says MacMahon, a retired Kansas City police captain with 29 years of service. “But if you get out the phone book and call any college, university, or apartment complex and ask them if they have enough security, they would say, ‘Yeah, I could use some more security.’ Am I shorthanded? Yes. We had two (guards) leave rather suddenly on their own accord, and like any other position that comes open … it takes a certain amount of time to get hired. I can’t jerk somebody off the street and hire them. It doesn’t work like that.”

Lisa Minis, Penn Valley’s dean of students, says the difficulty of hiring additional security guards can be partially attributed to the low unemployment rate. Finding replacements for the Weads of the world — he was making $10.08 an hour, plus 40 cents for evening differential — is not a simple task.

“He was a good security guard,” Minis says. “He was very responsible. What he said is true.”

Earlier this year, Penn Valley received recommendations from a private security consulting firm it hired to outline a plan for improving the school’s security.

“We’ve had a collegewide security revamping over a year now,” Minis says, “and I think Penn Valley is a safe place to work. I do have concerns about the parking structure, and we want to respond to problems in a responsible way. But we are publicly funded, and if we spend our resources there (with security) then there is something else that has got to go.”

Wead considers himself no ordinary rent-a-cop. “I live for security,” he says. The Metropolitan Community Colleges (MCC), Wead argues, should upgrade its commission from the Kansas City Police Department to allow guards to carry weapons and use physical force at its campuses, including Penn Valley. Wead and Ivan Rattler, who is a member of Penn Valley’s security team, say unarmed guards at MCC schools are left helpless in situations involving bodily threat.

“If one of the administrators is being raped,” says Rattler, who has been a Penn Valley guard for 15 months, “all I can do legally is tell the person to stop. I could physically make them stop, but I could be held liable. I don’t have the legal rights to physically subdue someone breaking the law on campus. All we can do is call 911. We are dressed like policemen, and the average person thinks, ‘Damn, there’s a security guard, and he can help me.’ But I do not feel that is true.”

Ironically, the MCC schools offer several law-enforcement training programs. Blue River Community College in Independence is home of the Western Missouri Regional Police Academy, where Wead is planning to take classes in Sexual Harassment/Assault and Rape Prevention and Violent Patient Management Instruction. He also had enrolled for the spring semester to get recertified as an emergency medical technician at Penn Valley’s Pioneer campus.

As part of the school’s employee benefits package, Wead had been eligible to take the classes for free, though he would have been unable to use any of that training as a security guard at the school. “You can’t even put a Band-Aid on people,” Wead says. Penn Valley’s guards need to be equipped with pepper spray or Mace, nightsticks, and, maybe for good measure, Wead argues, handguns.

But, Minis explains, “Some people don’t want to work in a place with armed guards. Why would we do that? Because we had an increase in attacks? No. The parking structure was an isolated incident, but that’s where students are required to park. Our average age on campus is 30, so we don’t have a lot of fights and people with weapons. We’ve had a few altercations, but none this semester — knock on wood.”

Wead is willing to bet Penn Valley’s luck might run out at the most inopportune time.

“My whole goal (in sending out the campuswide e-mail) was to provide adequate security,” he says. “My job was to protect the people that go to the school, the students, the staff, visitors, college property, what-not. The school wants to talk, but they didn’t take action. They never came to me to ask what we need to do.” His e-mail acknowledged the possibility that he would be fired. “I have made many friends here since I started work,” he wrote. “And if I’m gone soon, I will miss all of you. I have attempted on many occasions to voice my concerns regarding security at PVCC. In return, I have received a lot of talk from my supervisor and the administration, but no action.”

Minis says the school was “not angry” at Wead despite the fact he was fired. “He was a good guard,” she says, “but he could have addressed the problem through the Staff Association, which represents the staff. I recommended he work with that group.”

Wead says he misses his job at Penn Valley and wouldn’t hesitate to go back — if the college addresses his concerns. In the meantime, the unemployed Wead plans to open a personal protection training business.