"I do promise I'm not deliberately playing the most unknown, unlikable of Montreal songs. I'm not that kind of monster." 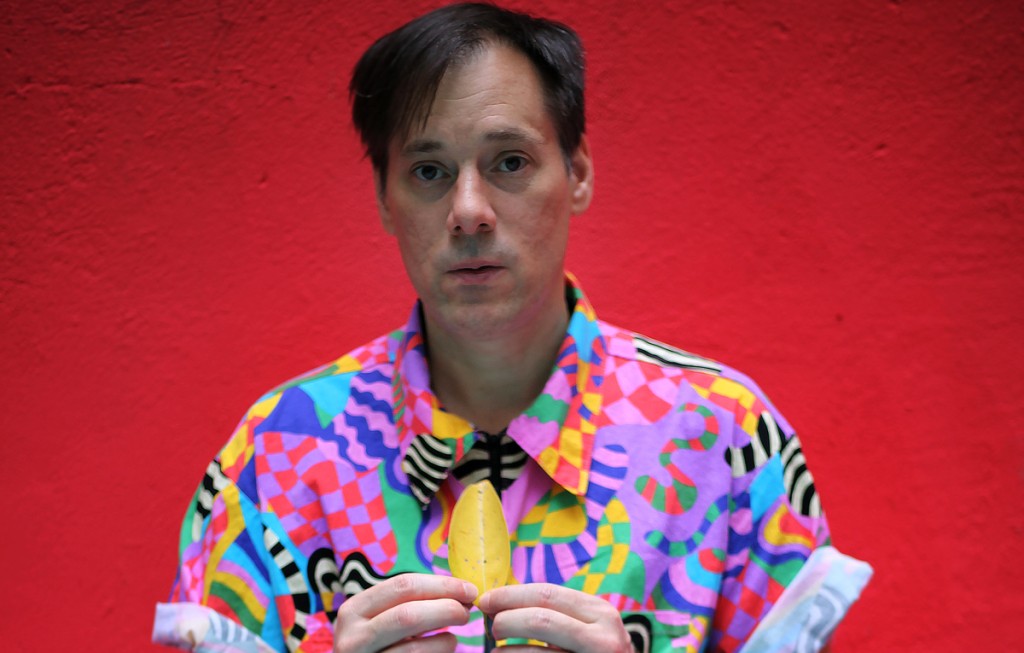 Kevin Barnes defies any perfect label, aside from being “a lot, all of the time.”

The bandleader and face of Athens’ long-running collective freak-out dance-rock band of Montreal has been reinventing the process of reinvention itself for longer than I’ve been alive. Now, the extravagant joyshow on display is inbound later this month, with a promise of reducing LFK’s audience to clouds of pure electric sex.

of Montreal’s complicated new release Freewave Lucifer f<ck f^ck f>ck</i> is on stands now and wherever music is streaming.

Catch them at the Granada on Sept. 22 with support from Locate S, 1 Surf Wax, Tickets here.

Here is our conversation with Kevin Barnes (she/her, they/them) ahead of that show.

The Pitch: you seem to always swing through our stretch of the woods just in time for my birthday. The same is true again. Thank you for your little gift to me. We’re bringing most of the staff out for it. Anyway, what’s it like to be hitting the road in support of your 18th album as a band? What makes that exciting or interesting to you?

Kevin Barnes: The people involved are some of my best friends and people I don’t get to see that often. It’s to have this little adventure and hang out with the people you love. I don’t see them when we aren’t on the road and as much I am an introvert loner in some, I have this social component that needs to be filled. There’s the music we bring, but beyond that, so much more that makes this a social victory.

Are you sure that you’re ready to meet… everybody? In this economy?

It’s dicey. Sure, our touring group is responsible and we’ll be loading in and out with masks. But also just like making out with a bunch of strangers? We’re gonna have to be more cautious about that kind of thing. It’s not like us touring in 2016. When I get it, at least it seems like it isn’t the thing that’s going to kill me, so much as its going to know me down in bed for a few days.

What is it like releasing an album into the literal atmosphere of this music space?

We’ve been on the road for so long in our career. So we’re making it the sort of show I’ve wanted it to be for a long time. We’ll be playing a lot of new material, and songs we’ve never played before. I look forward to finding out if people respect this. We can all be taken away at any point, so why not look toward the future?

Describe your approach to the new stage show, and how your idea around the new album have affected it.

This will not be a show for your “indifferent of Montreal fan.” They’re gonna recognize some songs but I hope the appeal that everyone finds is in the sheer veracity of what we do. If those folks recognize five song, they’ll still have a great time, but hopefully they fall in love with a set we haven’t redone 10,000 times over the years. I’m going to be enjoying this more, and I think that’ll spread into the room. I do promise I’m not deliberately playing the most unknown, unlikable of Montreal songs. I’m not that kind of monster.

This COVID album can come out being like what, where did it settle for you and when did you think that you were done with this one?

I was mainly thinking about time and investing it in art. You’d like to fully immerse yourself in changing arts and atmosphere, so never stay in one place sonically. I hope people listen with headphones and get drawn in. It need to move through space. It’s more meditative about zipping through the galaxy of your mind. I try to pull those neurons into the physical world so you can hear them as well.

By the nature of that, this album couldn’t be 14 three-minute songs. It’s about leaving song structure behind and simply riding an idea from start to finish, across moving parts. I like short songs, but they repeat the same parts over and over again. We don’t do that with films. So why not explore this space with scenes and dialogues built into our sound—lacking any traditional template?

Okay so how does it feel to be heading out today? Is it scary to perform again after so long and with all the shit in the literal air or are you overwhelmed by the positive potential ahead?

It’s not really scary at all because I have done this so many times in my life. I’d be terrified if I didn’t know the words or wasn’t prepared—I’d have earned the stage fright. That just freaks me out into doing more, better work. I have social anxiety, and that makes being a performer tricky. But then I lose myself in the persona of the performance. That can be equally scary at this point. But we’re bringing our dog on the tours. We haven’t done that before. So between the dog and our friends, I think it’ll be a delight.

Welcome back to the world. We cannot have you all up in our parts.

Thank you for the invitation.

of Montreal’s Freewave Lucifer f<ck f^ck f>ck</i> is on stands now and wherever music is streaming. Catch them at the Granada on Sept. 22 with support from Locate S, 1 Surf Wax, Tickets here.

This is our team’s internal prep playlist for the gig: