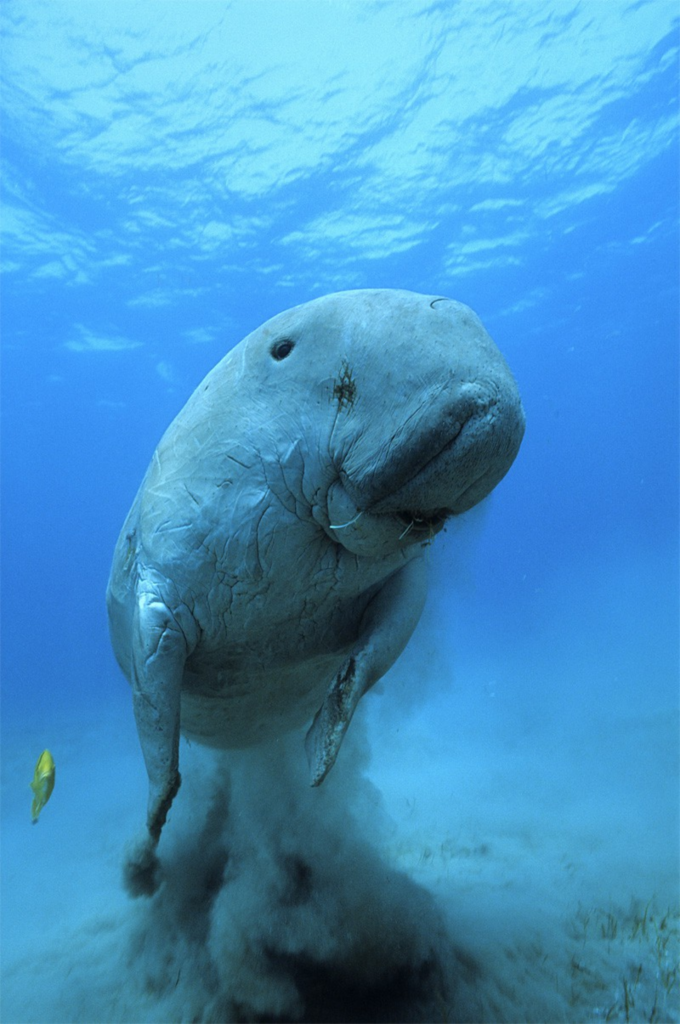 An almost miraculously photographed showcase of some of the seven seas’ least seen and most incredible specimens, Disney’s Oceans (a follow-up to last year’s Earth) lets its subjects speak for themselves. Timed to coincide with Earth Day, the film makes its preservationist agenda implicit, mostly in its wonder. The blanket octopus, mantis shrimp, and a host of protoplasmic jellyfish and bargelike whales turn their crazy-colored eyes and corrugated bellies to the camera, and the message is received. The script is not quite as eloquent: Not even Pierce Brosnan’s hushed intonation can redeem space-filling non sequiturs, such as “merely knowing these creatures exist isn’t enough to tell the stories of their lives.” Taking us from Australia’s reefs to South Africa’s shark-infested coves and Alaska’s orca feeding grounds, Oceans is a jaw dropper as a visual travelogue. Even its anthropomorphic indulgences — an ocean floor is turned into a rough neighborhood, complete with trespassers and shy weirdos — are winning. Though there is a brief foray into pollution and destructive fishing, Oceans ends with hope: Humans can’t be all bad — after all, we made high-definition cameras and learned to breathe underwater, not to kill but to get closer to our fellow creatures.