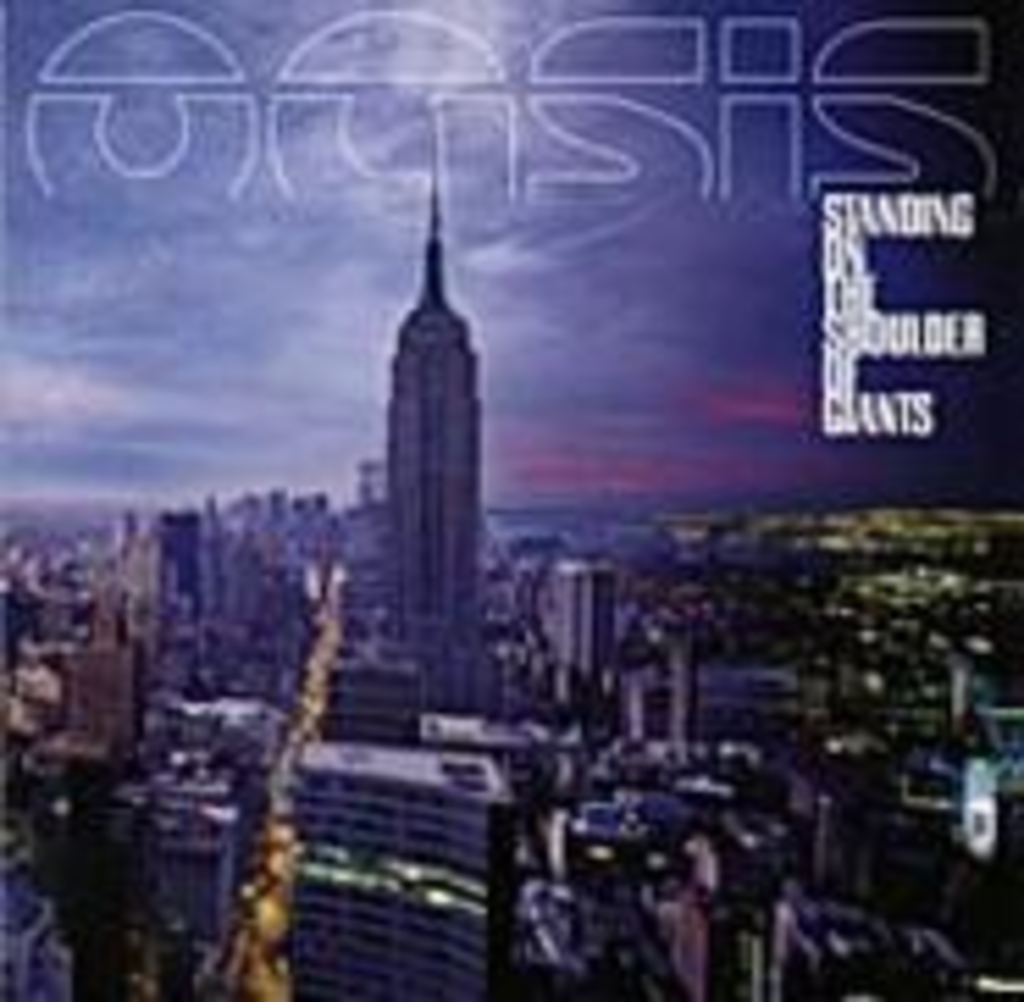 There’s good news and bad news for Oasis, the British lads earmarked for superstardom five years ago on the strength of their huge, addictive syrup tap, “Wonderwall.” The good news is that they have survived those bloated expectations and significant lineup changes to produce a cohesive, if not very good, new album. The bad news is that they have kiboshed the bald-faced Beatles-thieving that made them jolly good targets for critics while supplying the band with hate-yourself-in-the-morning classics like “Roll With It.”

Now only the hate-yourself-right-now-while-it’s-still-playing lyrics remain of the formula for the first two Oasis barn burners. Life is precocious in the most peculiar way/Sister Psychosis don’t got a lot to say, from the single “Go Let It Out,” is a typical philosophy. A better epigram would be: Anyone standing on just one shoulder of a giant is headed for a fall. Like a James Bond villain, songwriter Noel Gallagher’s fatal flaw was his willingness to alert us to his plan for global domination.

In the aftermath of 1997’s disastrous Be Here Now, which demanded to be heard as The Beatles’ Anthology 4 but played like a Queen 45 slowed down to 33, Noel Gallagher has striven to temper his grandiose impulses and mostly succeeded. (However, the closer, “Roll It Over,” is a long, choral-enhanced throwback to “Champagne Supernova’s” unfortunate hard-on.) There are still hooting mellotrons and grinding organs and more overdubbing than a Peter Gabriel live album, but the Gallaghers have brought some samples and loops to the party to freshen the punch. It’s not enough, but it’s cute of them to try.

Oasis is a singles act, and Standing On the Shoulder of Giants is mostly devoid of strong melodic statements. The band has always been best when clip-clopping through midtempo ballads, but this time, the stately numbers are dirt-dry. With luck, the record marks the dawn of a prolific period that will lead to an inevitable hits package that no one could object to having. For now, though, Standing is another objectionable misfire.