Chloe Zhao takes her realism on the road in her latest film. 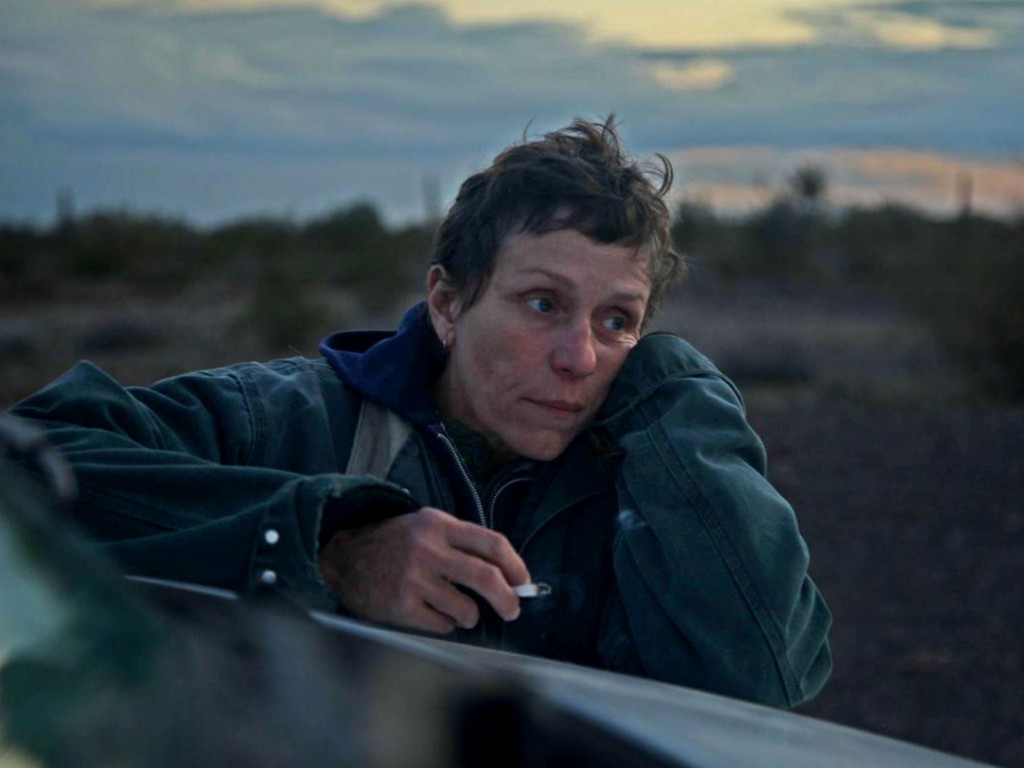 There’s something undeniably American about director Chloé Zhao’s Nomadland (based on Jessica Bruder’s nonfiction book of the same name). It’s not the version of the country that captures the mythos of the American Dream, with its suburban white picket fences and reliable 401(k) plans. Instead, Zhao continues her career of gently deconstructing mainstream conceptions about what kind of American lives should be centered onscreen by spotlighting the people that more narrow portrayals of our country tend to leave behind.

In this case, Zhao highlights the nomadic subset of Americans who spend their golden years traversing the country’s open desert skies, and sustaining each other with their roadside bonds when indifferent government policies leave them by the wayside. Our entry point into this world is a sixty-something woman named Fern (Frances McDormand). She’s lived most of her life with her late husband in the small company town of Empire, Nevada, but the closure of a gypsum conglomerate’s mine in 2011 has essentially turned it into a ghost town.

Now faced with few sources of income and reasons to stay in Empire, Fern loads her most prized possessions into her new home—a beaten-up van which she lovingly christens “Vanguard”—and hits the road. Fern makes ends meet by pinballing around the American West and taking odd seasonal jobs, from Christmas work at an Amazon distribution center in Nevada to flipping burgers at the famed Wall Drug in South Dakota. “I’m not homeless, I’m houseless,” Fern says when she runs into a concerned teenager who she used to tutor. “Not the same thing, right?”

Our heroine’s solitude is interrupted, however, when her outgoing coworker Linda May convinces Fern to accompany her to Arizona, where a large community of RV dwellers are gathered. Everyone has formed their own safety net, recommending campsites, sharing job leads and gifting one another unused possessions. They’re all older Americans who, whether through economic constraints or simply a desire to live on their own terms, have embraced this unusual sort of life.

Zhao is too much of a neorealist to turn the film into a didactic manifesto, but when Bob Wall (a prominent real-life nomad) describes the typical American worker as “a workhouse willing to work itself to death and be put out to pasture,” and warns against the “tyranny of the dollar,” it’s hard to disagree. While Nomadland isn’t afraid to show the often-gritty realities of Fern’s existence—her struggles to find a safe spot to spend the night and need to defecate in a bucket are often unavoidable—Zhao thoughtfully intercuts them with small, disarming moments of joy.

We see Fern skinny-dipping in a tranquil forest stream, then delightedly clambering over rocky crags in the Badlands, then constructing a makeshift spa under a purple-tinged desert sky. Nomadism may often be born out of somber necessity, but the awe-inspiring images of American wilderness that cinematographer Joshua James Richards captures also emphasize the natural splendor which “ordinary” segments of the country generally aren’t privy to.

Even more crucial are the colorful cast of characters that Fern meets in her travels. Like the director’s previous two features, Songs My Brothers Told Me and The Rider, Nomadland is almost entirely composed of non-actors—with the notable exception of McDormand and David Straithairn (who plays Dave, a fellow nomad with an obvious crush on Fern), virtually every person onscreen is playing a loosely fictionalized version of themselves.

Although Zhao’s career will change massively upon the release of her forthcoming star-studded Marvel film The Eternals, she has a remarkable gift for tenderly shaping real people’s lives into gripping stories that stay with the audience even after they leave the frame. This could easily give her work a flat, documentary feel, but the utter lack of voyeurism or melodrama makes these character interactions far too immersive.

Ultimately, Nomadland is shouldered by McDormand, in one of her best performances to date. She’s a magnetic presence, bringing stealthy dramatic weight to Fern as she takes the harsh realities of her newfound life in stride. Thanks to Zhao’s semi-improvisational style, and McDormand’s unrehearsed reactions to her non-professional scene partners, her performance never overshadows the others. McDormand won an Oscar for her last portrayal of a weathered Middle American in Three Billboards Outside Ebbing Missoui, and the gangly-gaited, crooked-smiling Fern is easily her most remarkable deployment of this persona yet.

One man tells Fern that for nomads, there’s no such thing as a goodbye—you simply tell someone that you’ll see them down the road, once your paths cross again. Likewise, Nomadland knows better than to neatly resolve Fern’s story by pairing her with Dave or allowing her to have some sort of grand epiphany. It’s enough to share in the restless sorrow and stubbornly persistent joy of people who are often deemed too eccentric or elderly or poor to headline an inherently American story. Fern may be fictitious, but there are thousands like her who shoulder their uncertainties on the open road—unmoored, but far from forgotten. 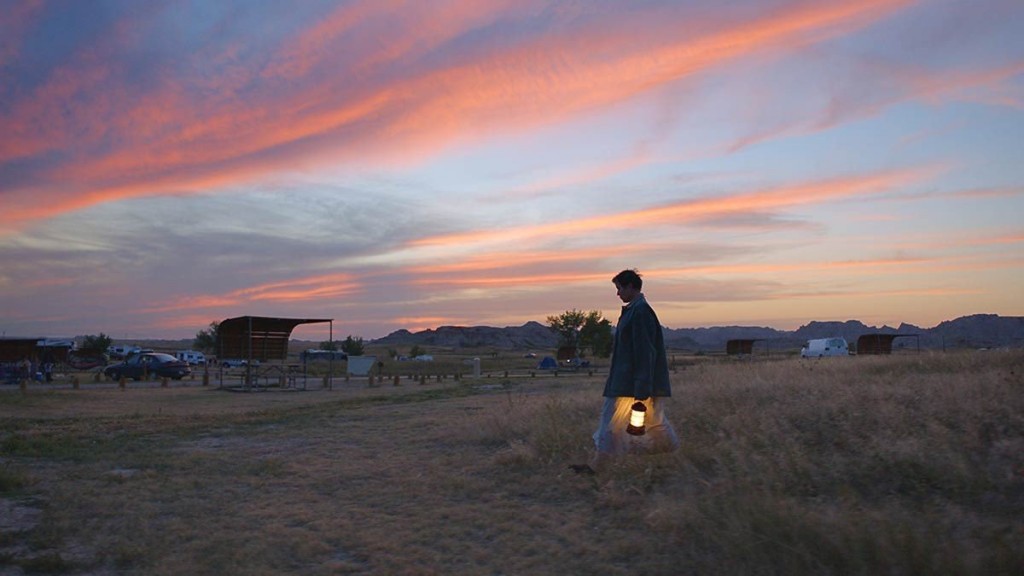 Shithouse: Boy gets girl, boy loses girl because he is toxic