NOW/here, a new local indie-electronica band, debuts this Friday at the Brick 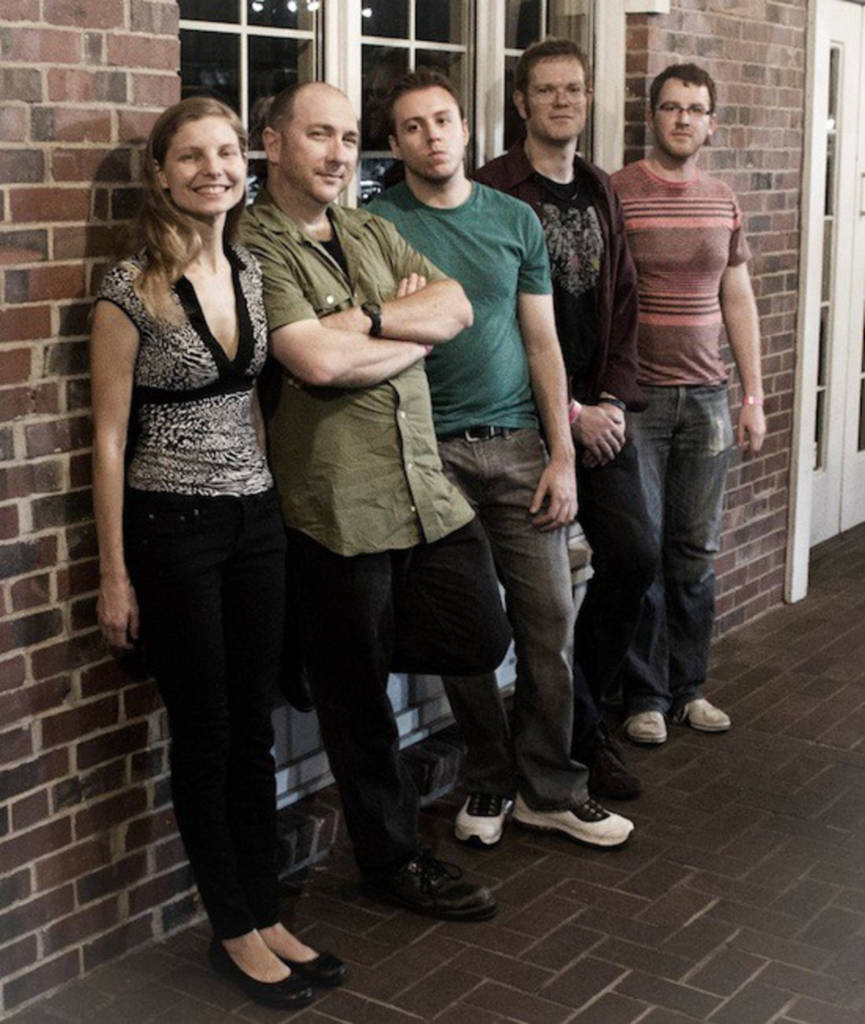 Brett Kinder has been around the proverbial block in the Kansas City music scene. He has done time with local bands the Black Water, Kill Pop, American Catastrophe and Angie Fights Crime, and now he’s back with a new project, NOW/here.

NOW/here has just come out with its first EP, a self-titled five-song collection that pulls on the lapels of electronic indie music and brushes the dust off the shoulders. Vocalist Nikki Goodson is alternatively demure and fierce on tracks like the opening “Better Off,” which kind of sounds like what you would get if you took some early ’90s grunge rock and tamed it with vibe-y, electronic layers. (And I mean that in a good way.) One turn of the EP gives listeners an idea of what NOW/here can do, and it’s promising. Not bad for a band that came together from a Craigslist ad.

Ahead of the band’s debut show at the Brick this Friday, October 18, The Pitch caught up with Kinder to get the details on putting together the band and what lies ahead.

The Pitch: Tell me who’s all involved in the project, and how you guys all met.

Kinder: OK, well, I actually put this band together from a Craigslist add a little over a year ago. All the people that are in it, I’ve put them together from different tryouts and stuff. Nikki Goodson is our vocalist, and she’s never really been in a band before, but it was something that she really wanted to do, and she fits the style that we’re trying to play. She’s a really talented singer and keyboard player. David Samuels, he’s a guitar player – he’s also never been in a band before, but he’s awesome. Jared Blankenship is also on guitar. He played in some bands back in the ’90s, but put everything on hold when he started a family. Then there’s Ben Corbin, who plays drums, and then I play bass guitar.

You must have had an idea of what you were looking for when you put up that Craigslist ad.

Yeah. Having been in the local scene for a while, I was looking at the kinds of bands that were out there. It started after I saw the Radiohead show at the Sprint Center [in March 2012], and I was like, “There aren’t really any bands in Kansas City that sound like Radiohead,” so that’s where I started. Not that we’re, like, trying to rip off Radiohead in any way. It’s just a different type of style most of the bands in Kansas City don’t sound anything like. That that was basically the ad: I wanted a band that focuses on a big back beat, with a groove going on and textures and keyboards and has some intelligent, thought-provoking lyrics.

Who does most of the writing?

Nikki and I have been kind of working on the songs together. We started off on some musical ideas that I had written, and Nikki wrote a bunch of words when she first auditioned, and we’ve kept most of those. Usually I’ll ask her if she’s got any words for a new song. It’s hard for me to not write songs, and I usually have to call her for words when I’m writing.

Tell me about the EP.

We recorded the EP a couple months ago… It’s online to download for free if people want to hear what we sound like, but we’ll probably this winter come in and record some songs for our full-length.

You guys have a big show on Friday night at the Brick.

That’s our first headlining show. We’re really excited about it. This is gonna be a big show for us, I think, as far as us being able to see who comes out. There are a couple other bands on the bill that evening that sound pretty different, so hopefully we’ll have a diverse group of people there. I think once people hear what we sound like, they’ll want to come out and see us again sometime.

To hear and download the EP, go here. For more details on the show on Friday night, go here.