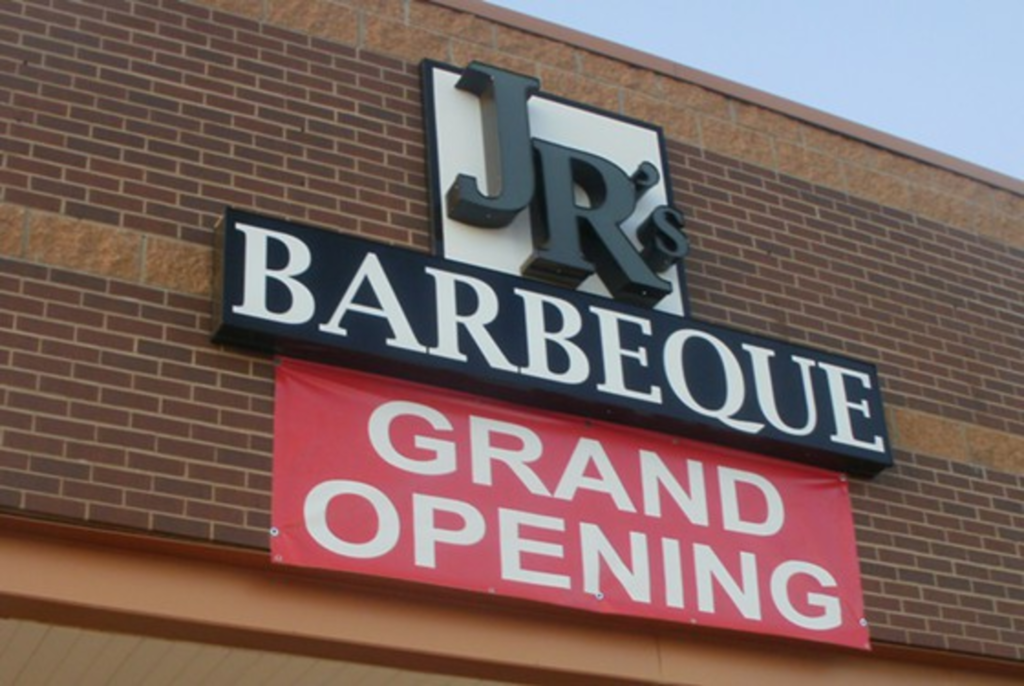 There’s a big gold-and-blue trophy perched on top of a refrigerated beverage case in the 19-seat dining room in Jon Russell’s Kansas City Barbecue at 12094 West 135th Street in Overland Park. The trophy, like the dozens of prize ribbons hanging from the walls of the L-shaped room, represent the many honors bestowed upon competitive barbecue smokers Jon Niederbremer and Russell Muehlberger. These two men have been barbecue contenders for over two decades (which is why the fast-casual restaurant’s logo includes the words “est. 1990,” the year the longtime friends got serious about competing; this new ‘cue joint opened only four weeks ago).

Muehlberger has a lot of restaurant experience: He’s a longtime vice president at 39th Street Bevco, which operates the 119th Street Diner, among other local dining venues. Until Jon Russell’s Kansas City Barbecue opened, Jon Niederbremer was a building superintendent. “But I definitely prefer the restaurant business. This is an example of a guy getting to live his dream.”