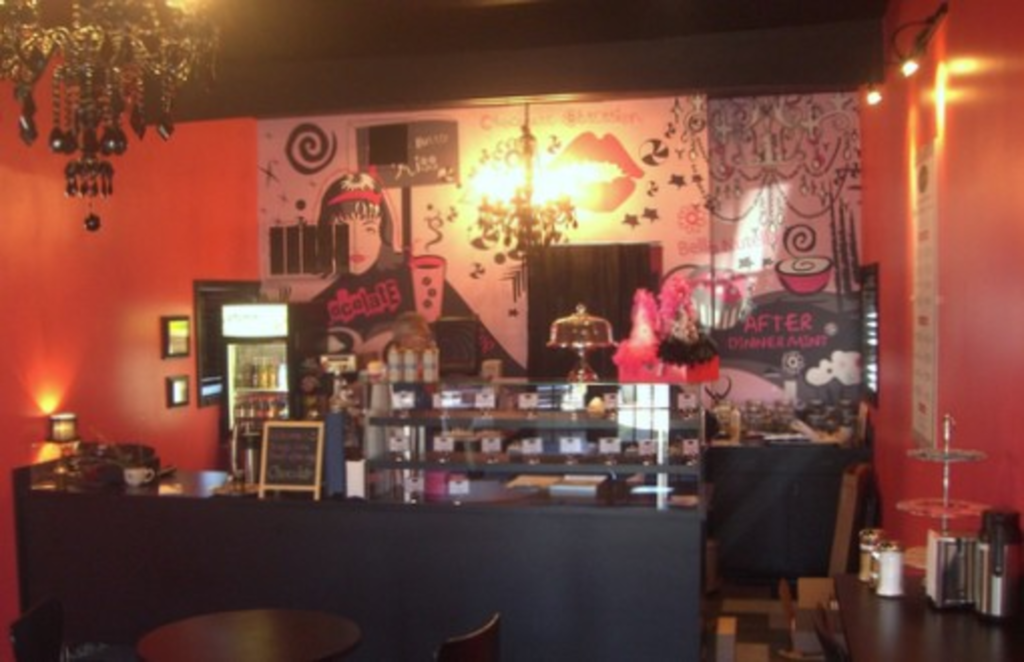 Lisa Clark is a mother of three children, including a nine-month-old. That’s enough work for anyone, but Clark is also the owner/baker/main employee of Cupcake a la Mode at 1209 West 47th Street, five blocks west of the Country Club Plaza.

I asked Clark when she sleeps, and she just laughed. She soft-opened Cupcake a la Mode 20 days ago with her husband, Daniel, but the grand opening is this Saturday. In preparation, she was trying to have an espresso machine set up while taking care of her already growing customer base.

While this is Clark’s first foray into a physical storefront, she spent four years operating a word-of-mouth cake business called Over the Rainbow. “I made all these different flavors, but the cupcakes that kept selling were chocolate and vanilla, so I thought, why not open up a store and feature just chocolate and vanilla?”

That translates to 16 varieties of cupcakes, eight with chocolate as a base and eight with vanilla. There’s Hawaiian Honeymoon, a vanilla cupcake that Clark ices with pineapple buttercream before finishing it off with macadamia nuts and white chocolate. On the chocolate side is the After Dinner Mint, which features a white-chocolate-peppermint buttercream icing and grated semisweet chocolate. She also plans two flavors of the month, such as this month’s champagne cupcake for Valentine’s Day.

So far, the most difficult thing hasn’t been juggling her home and work life but just trying to figure out how many cupcakes to make. “Every day is different. I’ll have a couple dozen left over one day and sell out the next. Last Saturday, I baked 13 dozen expecting to give leftovers to neighbors, and by the end of the day we only had a couple left.” Meanwhile, she’s seen “lots of foot traffic and lots of dog walkers.”