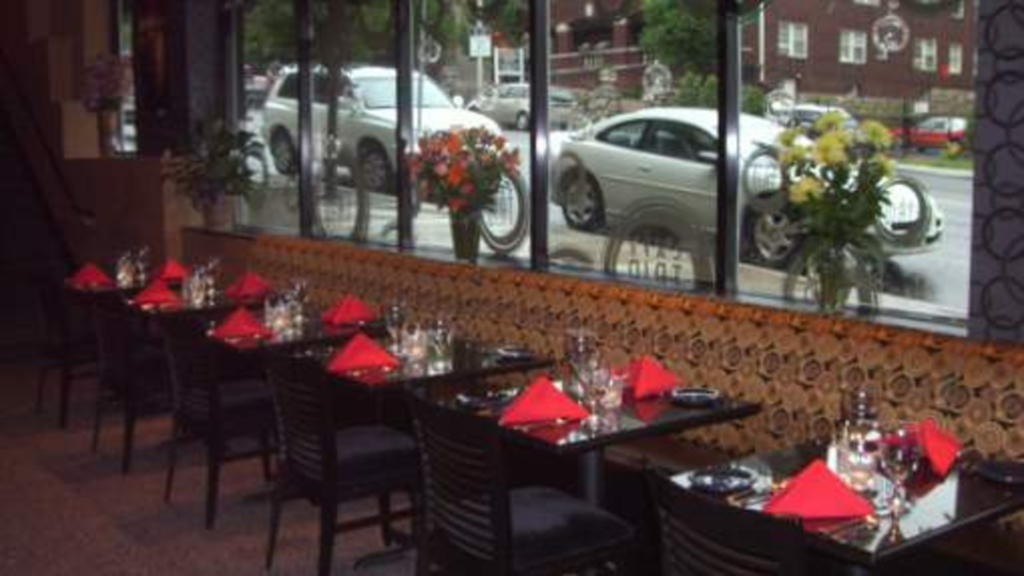 It was a month ago yesterday that Cafe Trio closed at 3535 Broadway and started the move 10 blocks south to 4558 Main. After five years it had simply outgrown its original space, something that’s not likely to happen at the new location, which is three times as large.

But looks can be deceiving. Upon first walking in, it appears to be a small, cozy fine-dining establishment with a couple of booths along the wall and a piano tucked into a corner. Then you walk through the back door to a brand-new covered deck that can seat 30, and its adjacent smoking section, which can fit another 25. A walk upstairs reveals two rooms that can be curtained off into three rooms and can accommodate 100 more people. A closer look at the bar area reveals it has seating for another 20 or so.

The new Cafe Trio officially opened this past Monday. It maintains the intimacy of the old location, just on a grander scale.