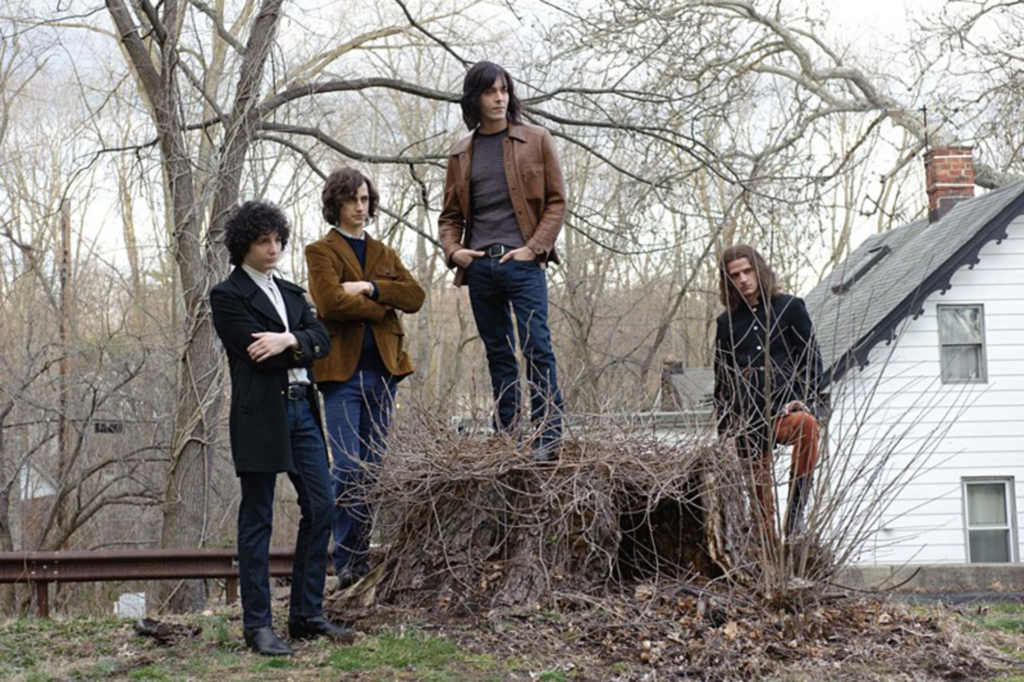 Not Fade Away is writer-director David Chase’s rock-and-roll-changed-my-life movie. Chase, who created The Sopranos, takes us back to New Jersey, this time to the garage-band Garden State of the early 1960s.

His stand-in for this semi-autobiographical story is Douglas (spunk-filled newcomer John Magaro), a decent kid and aspiring drummer who gets bitten by the rock bug when the British Invasion hits. As mop-topped bands like the Beatles and the Rolling Stones infect kids’ minds, this clean-cut teen is growing his hair in a frizzy ‘fro, joining a band and getting into fights with the old man (played by James Gandolfini, Tony Soprano himself, here more melancholy than menacing).

Douglas has a crush on Grace (Australian actress Bella Heathcote), who sees the budding rock star in him. A soulful romance develops, and it takes on the quality of a rock dream, something worthy of a Springsteen monologue — disapproving dad and all. No surprise, Chase has had soundtrack help from E Street Band and Sopranos veteran Steven Van Zandt, who supplies a gritty take on Merseybeat-influenced garage rock, a sound suffused with blues and blue collars.

For all its wall-to-wall rock cues and archival performance clips, Not Fade Away is largely a quiet, nostalgic story, told in a somber, Paul Mazursky-like tone. As he did in The Sopranos, Chase examines themes of suburban family dysfunction within suburban walls. And, once again, Chase has trouble knowing how to end a story. Still, Not Fade Away is an adoring, personal love letter to rock and roll.