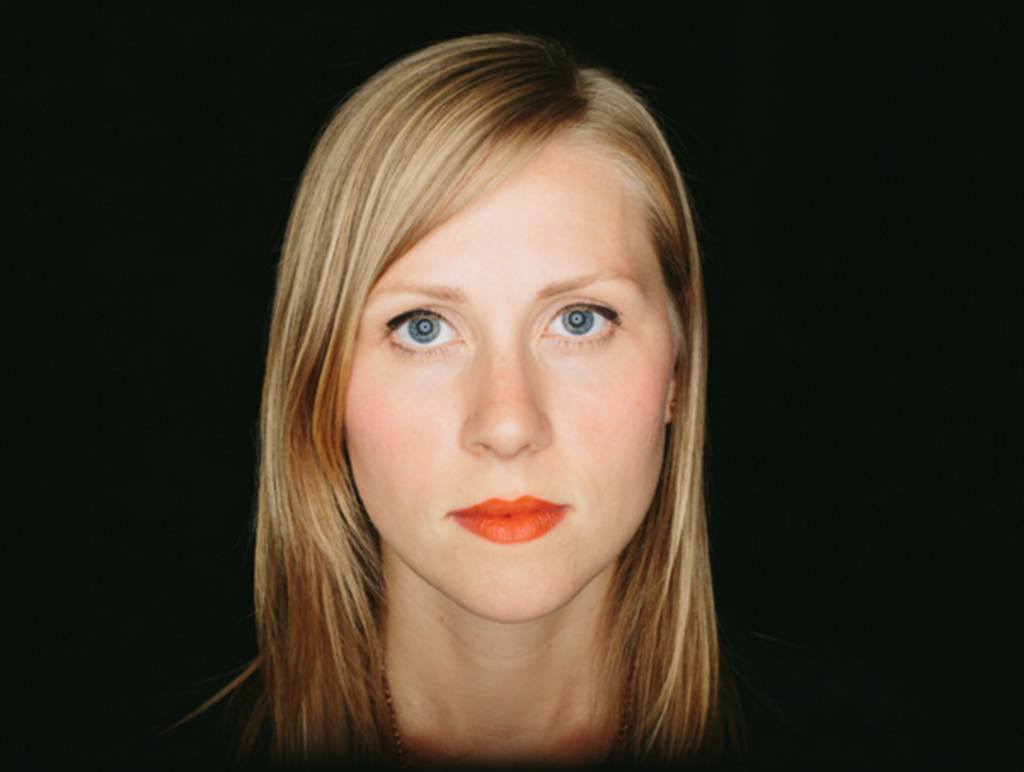 Nora Jane Struthers and the Party Line
with Smokey and the Mirror and Rebecca Loebe
Knuckleheads Saloon
Thursday, April 2, 2015

Sometimes at roots shows – and with bluegrass in particular – even the most adoring crowds can be more than a little reserved. Realistically, Nora Jane Struthers, an amazing singer and performer who started in traditional bluegrass, probably understands a touch of hand-sitting.

She just doesn’t seem to tolerate it much.

After opening with a pair of new ones, the hardcore honky-tonk “Dreamin’” and (coincidentally) the raucous “I Ain’t Holdin’ Back,” Struthers made it clear she expected, and maybe needed, the audience to cut loose.

“Emote, friends, emote!” she urged at the end of an exhortation to cut loose a “Whooh!” or a moan, or applause, “even right when we’re singing.”

It wasn’t that the crowd had been unenthusiastic. The feeling was more awestruck, respectfully silent, and just a little… still. From that moment on, though, the show was really on. 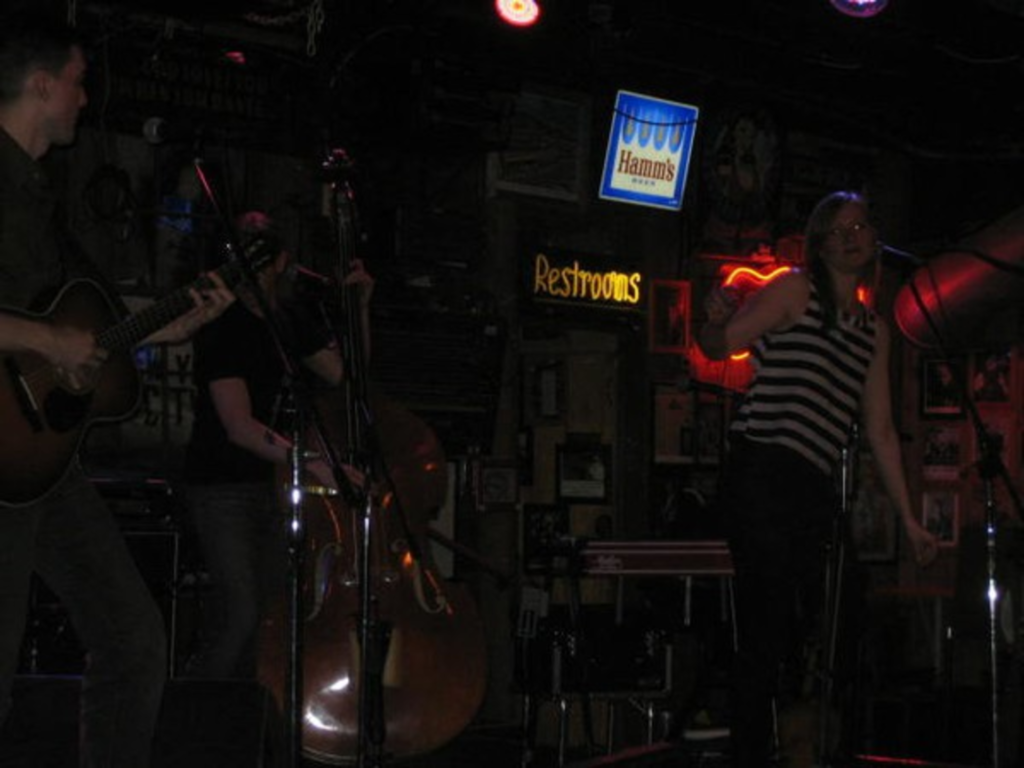 Struthers, a Brooklyn English teacher before she moved on to music full-time, might have been passing on a lesson recently learned. Her recent album, Wake, is a leap toward big sounds and huge feelings, moving from straight-ahead bluegrass to honky-tonk, electrified rock and roll and blues. Emotions are very much centerstage on Wake, and it makes sense that Struthers would want to keep that in her live show, too.

With the next song, the anthemic “Mistake,” multi-instrumentalist Joe Overton’s quiet, yearning banjo lines gave the crowd their first chance to let out some genuine yowls. In this one, Overton’s banjo snuck in like a memory of regrets, and even his quietest banjo whispers got the crowd going. Struthers pointed out Overton was playing “open-backed banjo, resonated banjo, pedal steel, and harmony vocals” (as well as a bit of fiddle at the end), and everything he touched sounded wonderful.

Even as Struthers returned to her bluegrass roots, the whip-tight Party Line made the tunes just plain bigger. It would be fine if the mandolin lines were simply replaced by a few electric guitar licks, but Josh Vanna’s slide guitar, slippery solos and aching chords made a song like “The Baker’s Boy,” a mother’s advice about who, exactly, is marriage material, keep echoing. By the time Struthers kicked into “Bike Ride,” a simple song about escaping regular life for the joys of two wheels, she had no problem getting the crowd to sing along. The song gradually became a hymn. 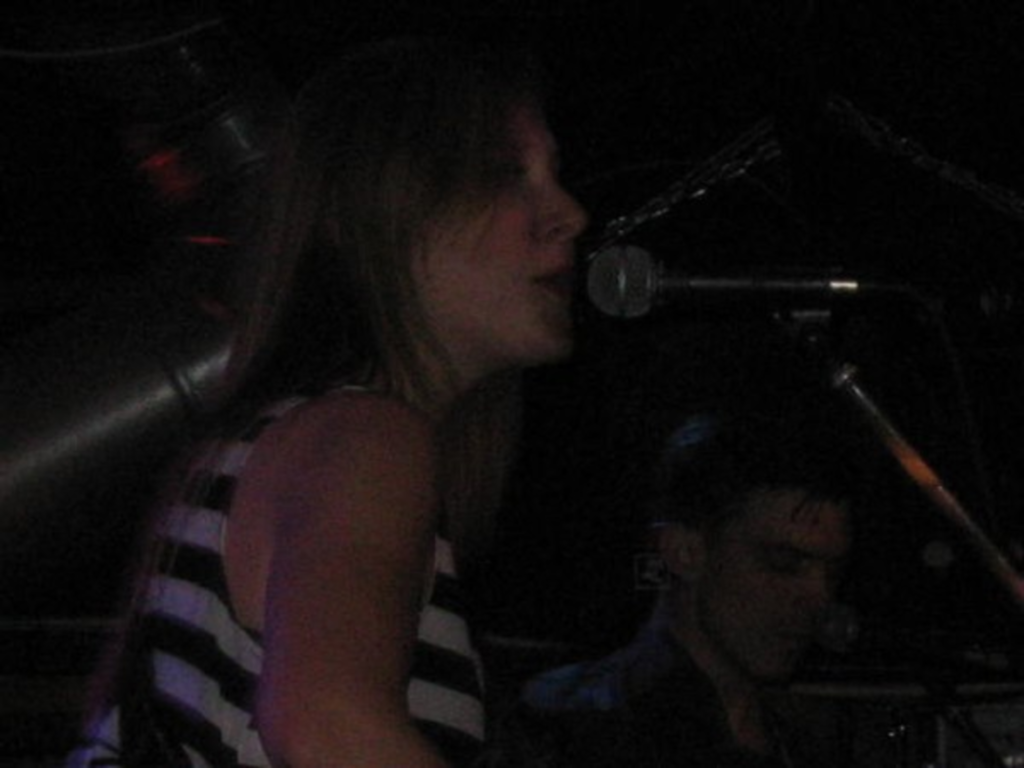 Struthers has more than a touch of the evangelist in her stage presence. As she worked into “The Skillet Blues,” she opened with a near-sermon about the logistical “moving out” decisions made on the mournful occasion of giving up on a relationship. She worked the audience through visualized cabinet inspections (“What are you going to do with all those leftover yogurt containers? Are you really going to take those with you?”) to land on the one or two items required in the new apartment, including the skillet. As she grumbled through lines like “ Let go of my skillet/You best unhand my frying pan,” her vocal range became clear. The song was blues showcase for each member of the band, including the rare and wise bluegrass decision to give the drummer a fierce, slow burning three-minute solo.

Struthers had one last crowd demand before she was done: They were going to dance, and she was going to teach them (in this case the Tennessee Two-Step). The band kicked into the deep country “(You Only Like Me) In A Crowd,” and she had the sixty or so loyal souls pair up and give “two steps to the right and one to the left.” And they did it. (Later, reflecting on a few dance-hesitators, she scolded, with a grin, “You can dance with someone you’re not sleeping with. It’s allowed!”)

Struthers closed with the slanky, swampy “Don’t Care,” one of the best tunes from Wake. As she torched through lines like “My ex-boyfriend really hates you/and I don’t care” the crowd successfully responded, openly and honestly. If nothing else, Struthers had won a few more converts, whose their feelings had been set free. 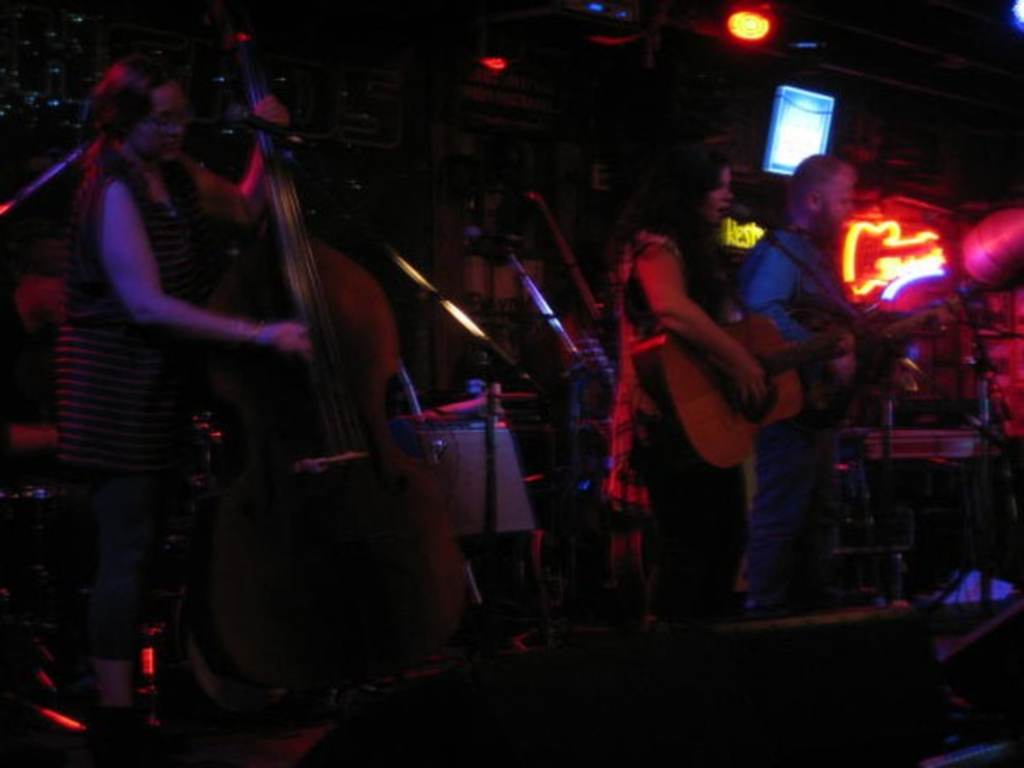 Leftovers: Openers Smokey and the Mirror (Bernice and Bryan Hembree, with drummer Giovanni Carnucci) were joined by Austin singer-songwriter Rebecca Loebe (prounounced Low-Bee) for an impressive song circle set. Loebe, performing in Kansas City for the first time, won the crowd over with songs like “Easy Money” (“She starts asking loaded questions/Like ‘How’s your day been?’”), then dropped the bottom out with a haunting, blistering (and surprising) cover of Nirvana’s “Come As You Are.”

The Hembrees kept pace with Bryan’s heartfelt, gentle growl on songs like “Rag and Bone.” Loebe and Bernice Hembree’s harmony vocals as they joined Struthers for The Cranberries “Dreams” gave the evening a final (a more rousing) house concert feel – and kept the emotions flowing.