Nobody is Joe Everyman revenge on a John Wick scale

This film is one of those that you were probably sold on within the first 30 seconds of the trailer. Writing a review is almost unnecessary if this was the kind of thing you got hype on early. It has such a simple line in that it activates a set of brain chemicals that either you’re completely controlled by or you aren’t. So the purpose of writing this is perhaps to convert those of you for whom the synapses didn’t fire on mega-drive right outta the gate.

Nobody is a movie that stars Bob Odenkirk as Hutch Mansell—a suburban man in a suburban home in a milquetoast nothingness existence. Lesser than the normal low-tier existence, Hutch is in tepid waters with his wife, colder waters with his kids, and antagonized by his in-laws (who are also his bosses). It’s a hard knock life.

Masked strangers rob his house and put his children in danger. Given the opportunity to easily dispatch them, Hutch instead cowers and lets them depart. While his family, neighbors, and the police judge him, the truth is that he’s aware these attackers were part of a larger criminal enterprise. And then begins the process of him being pulled back into a former life.

Here’s when things go full John Wick. Much for the same team that has brought you the John Wick films. And for an entry into the extended Wick-verse that might eventually include this character. Yes, it is slightly annoying that the best action movies of the last decade take place in one universe, but also holy crap yes please keep them existing in that universe so we can see cross-overs for years to come.

Director Ilya Naishuller (Hardcore Henry) takes an Odenkirk (who trained for this for two years) and enthralls in a murder-ballet of hilarious revenge that already ranks amongst the best of the decade. Whereas the character of Saul Goodman exuded confidence while having no true power, Hutch Mansell exudes a constant state of depressed loss that only mimics his knowledge that he can devastate any situation at a moment’s notice.

The live-action stunt work across the board is worthy of a series of big awards, and the sense of comedy from Odenkirk’s odd stability is one of those performances that will resonate throughout the year. The gun-play, the staging, and the delivery of everything from lines to needle-drops exudes a singular big vibe that rules.

Also. Christopher Lloyd. We can leave it at that.

I hope this is part of the new Wickverse. Or that doesn’t matter at all. This singular adventure does indeed rule, and you owe it to yourself to catch this one. 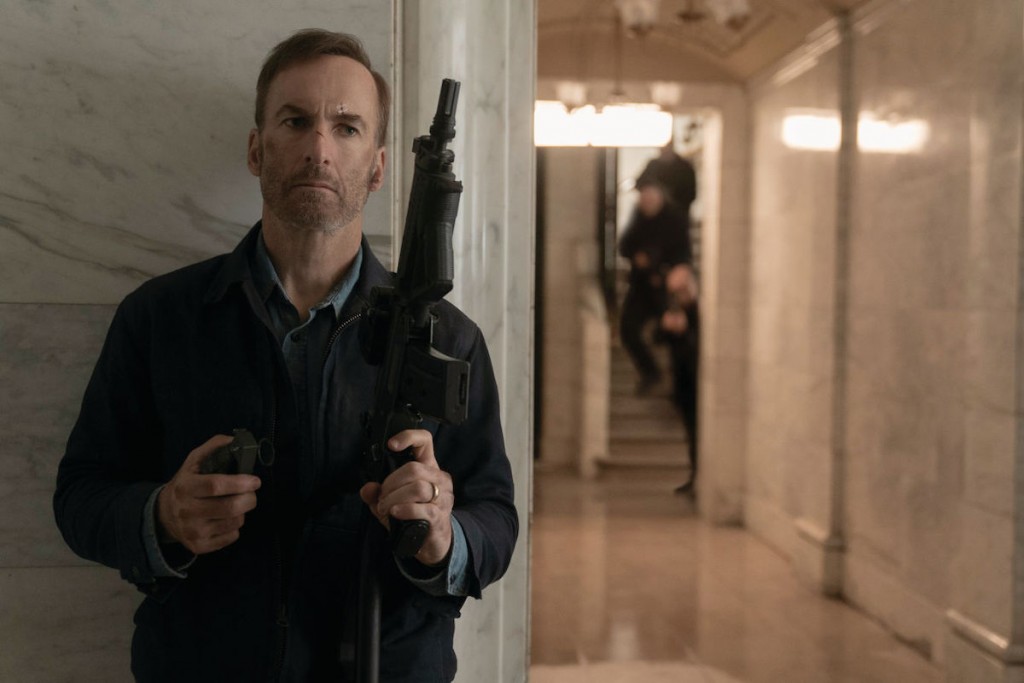